Pat Knight was born in Savannah, Georgia in 1950. Her father, Louis Eastman, met her mother, Theda Petree, in Los Angeles, California. A Navy man, he was born and raised in New York. Ms. Petree, originally from Ramer, Tennessee, was a southern girl living in California. The couple had nine children, and moved many times because of Mr. Eastman’s job as a high-pressure welder working for large aircraft companies. The Eastmans were living in St. Louis when Mr. Eastman fell ill, so the family moved to Selmer, Tennessee to be closer to Ms. Eastman’s family.

Ms. Knight remembers her mother, a nurse who was paid once a month, packing her and her siblings into the car to purchase a sack-full of cerealburgers and six Cokes to divide among her family, all from the same café Ms. Knight owns today.

Ms. Knight started working as a waitress when she graduated from high school because she says she was too young to work in one of Selmer’s many factories. She waited tables at the Dixie Café, and worked at her father-in-law’s store, Knight’s Grocery.

Later, after several years in the cafeterias of the McNairy County school system, her friend, a Memphis police officer, bought the business from the Leonards and asked if she would manage the café. She started in December of 1987, and one month later, she ended up purchasing the business and renamed it Pat’s Café.

She says up until the Slugburger Festival in nearby Corinth, Mississippi became popular, the burgers in Selmer were always known as “cerealburgers” because they are mixed with soymeal grits, which have the consistency of cereal.

Ms. Knight used to get her meat from C.F. Gray of Gray’s Meat Market in Corinth, but health inspections rules changed and suddenly meat could no longer be sold and transported across state lines. Ms Knight had a big problem on her hands. 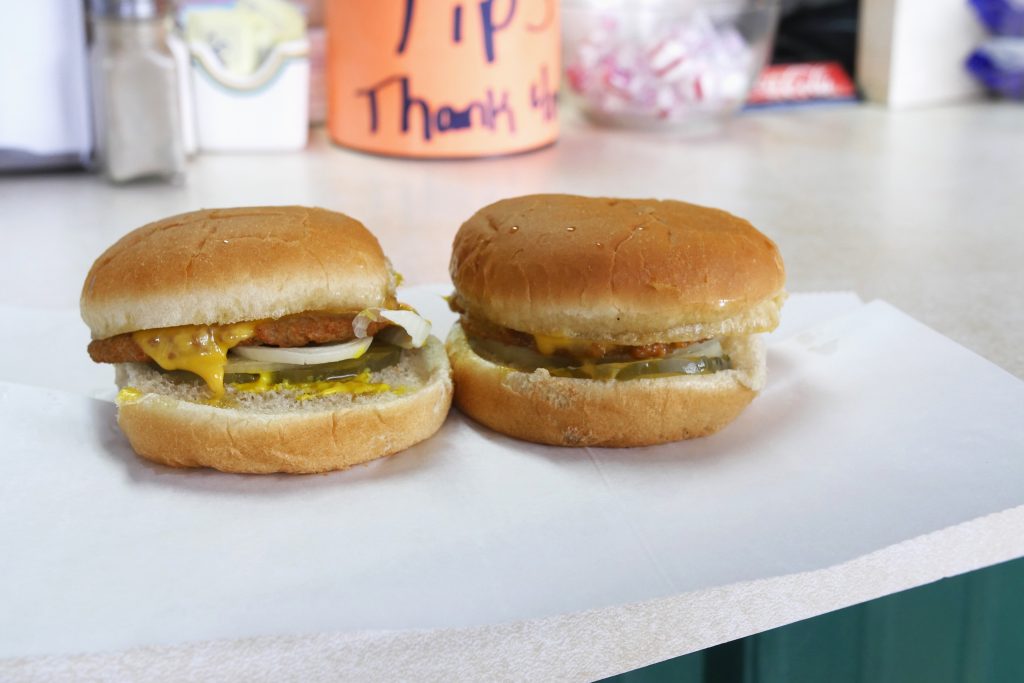 She called up a local woman named Ms. Armor, who at one time ran a cerealburger joint. Ms. Armor was fond of Ms. Knight’s son, who used to date Ms. Armor’s daughter. When Ms. Knight asked if she might sell her the recipe, Ms. Armor refused payment and walked over to the café to teach Ms. Knight how it was done. Mr. Gray gave his wife orders that when he passed away, she would give Ms. Knight the name of the soybean grit distributor in Memphis.

Ms. Knight continues to order twenty 50-pound bags of soymeal grit from that distributor twice a year. The grits are delivered to Selmer, and Ms. Knight splits the 1,000 pounds between her and her friend Brenda Taylor, who also serves slugburgers at her restaurant, Brenda’s Snack Shop, minutes away from Pat’s Café.

In her interview, Ms. Knight describes the lengths people will go to get her slugburgers. She’s shipped them as far as Lake Tahoe, Nevada. She’s waited on customers who flew in from Nashville because they’ve never had a slugburger before. She waited on a man hours before opening the café who showed up at her door to get a sack to take to his daughter, in labor in Memphis. She’s even prepared slugburger hors d’ouerves for a wedding reception. 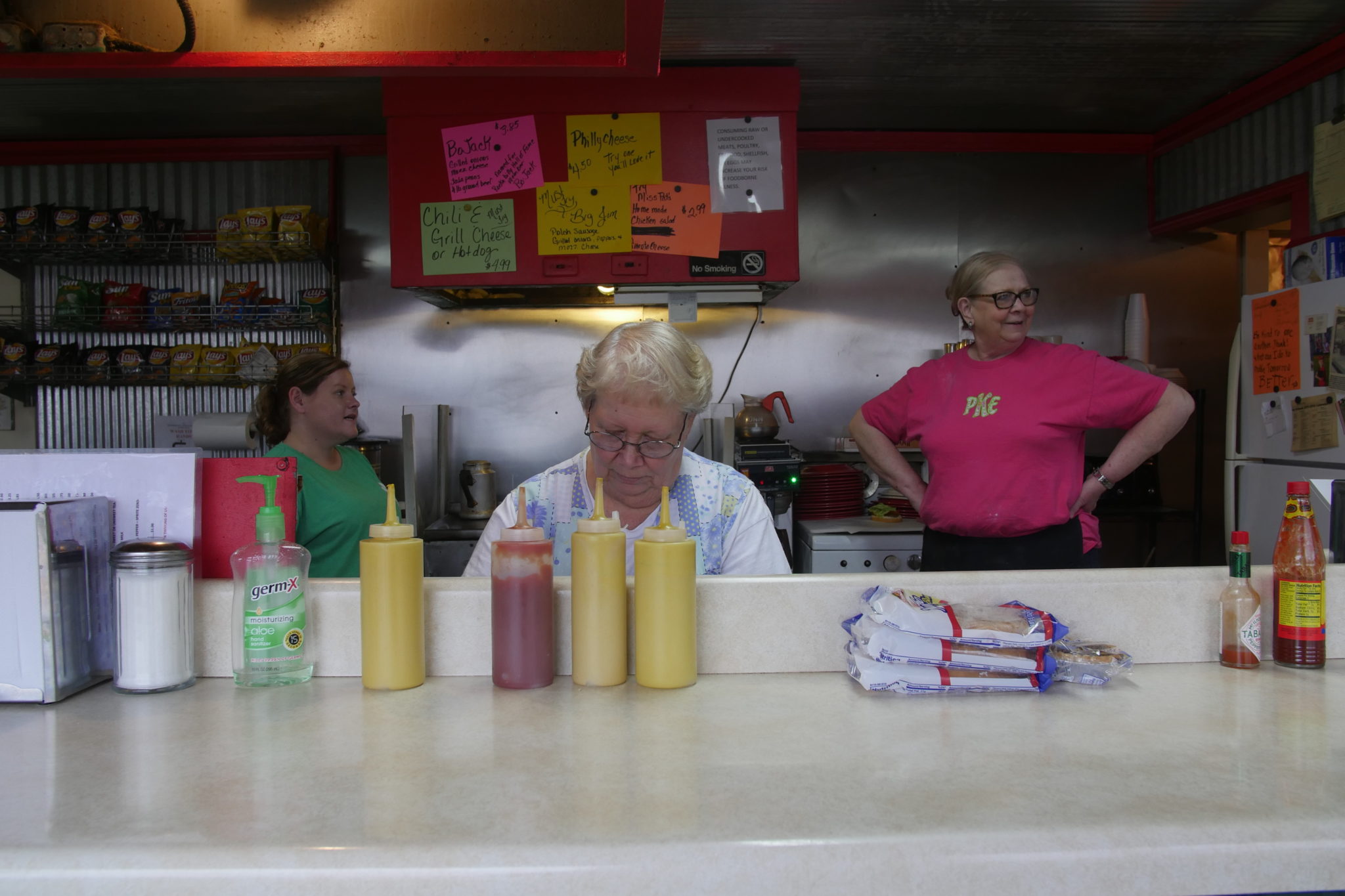