R.W. Staggs opened Latham’s Hamburger Inn in 1928 in a small trolley car across the street from its current location. Mr. Staggs served a doughburger, which is known as a hamburger on the menu today. The recipe has always been highly guarded, but it is quite likely beef mixed with an extender, such as flour. In the 1950s, a woman named Geneva Grisham purchased the restaurant, and she sold it to Ms. Fairy Latham later that decade. It’s been in the Latham family ever since. Today, Vicky Latham owns Latham’s Hamburger Inn, and her dear friend Wally Rakestraw rents and runs the establishment. 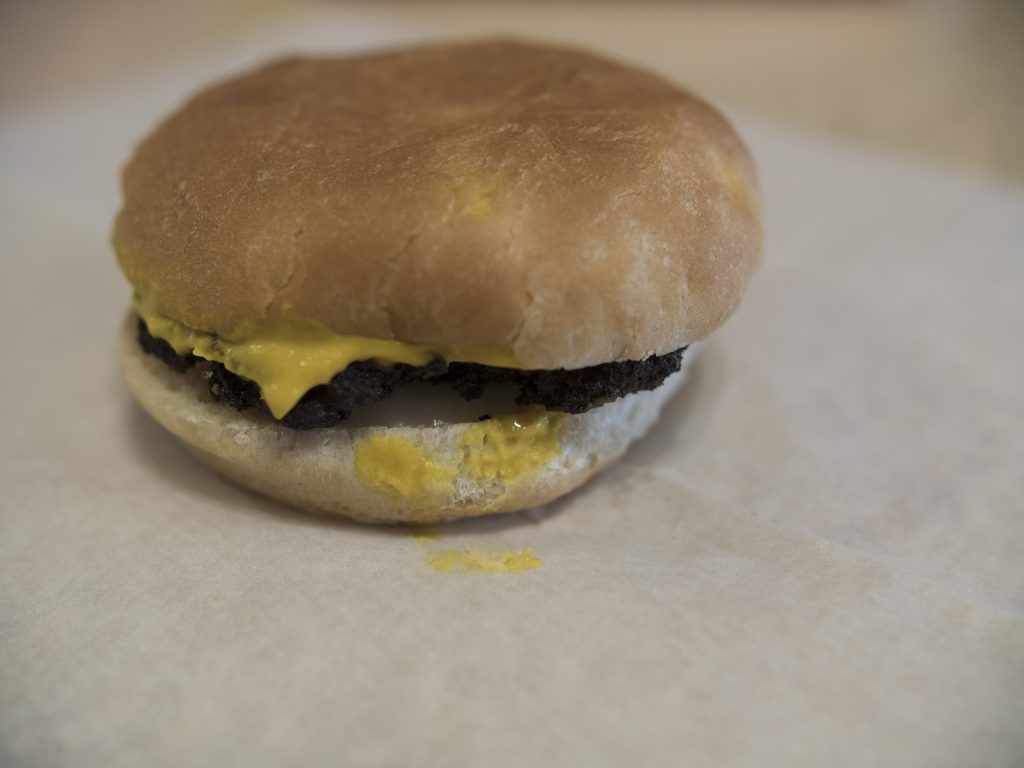 Mr. Rakestraw, born and raised in New Albany, remembers coming to Latham’s as a child in the 1960s with his grandparents, Walter and Donie “Aunt Don” Rakestraw. On Saturdays, the grandparents would load Wally and his three siblings into the back of their truck and drive downtown to shop and run errands. Mr. Rakestraw would order a hamburger, even though he never liked them because of the texture.

Mr. Rakestraw left New Albany to travel and take different jobs around the country, returning home after fourteen years to help care for his grandmother. He handled accounting for his father’s sand and gravel mining business, R & S Haulers, Inc., until his father retired. In 2008, Mr. Rakestraw decided to revive Latham’s, which was falling into disrepair. Thanks to his efforts, the New Albany institution is still going strong. Latham’s Hamburger Inn stands as a testament to the recent comeback of New Albany’s downtown economy. 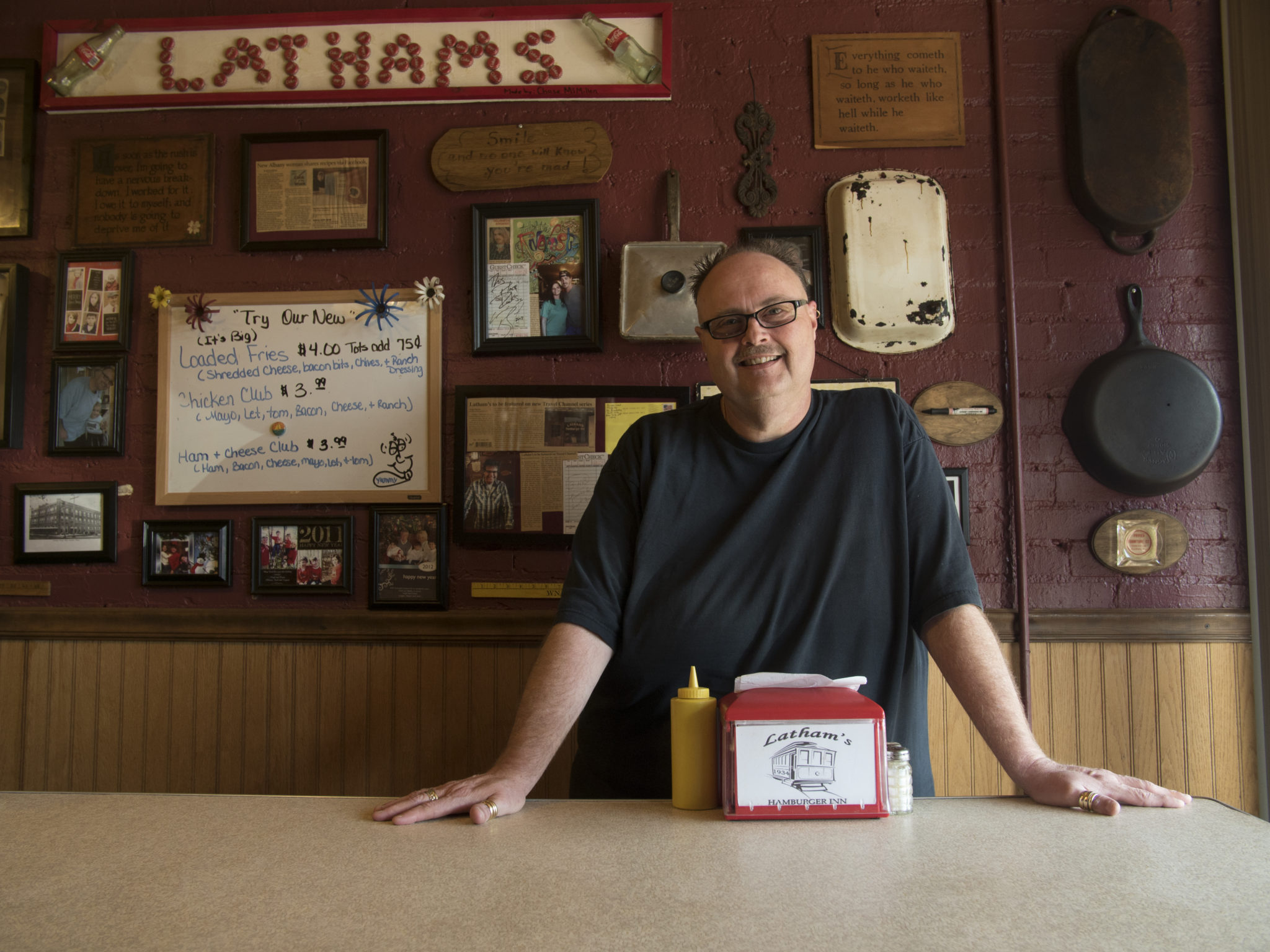 Now if I eat a sandwich, here’s my sandwich: mayonnaise and tomato and a piece of cheese. To me that’s my burger. I’ll make them and serve them, but far as eating them, I have tried but it just won't do. ~ Wally Rakestraw