Vicky Latham was born in Memphis, Tennesseee. Her parents, Bill and Doris Wood, both originally from New Albany, Mississippi, moved the family back when Ms. Latham was in fifth grade. Her parents owned an ice cream shop, The Sweet Shop, as well as a restaurant, Rivermont, where Ms. Latham worked while she attended high school in Ingomar. She married Steven Latham (the couple later divorced), whose mother, Fairy, had owned Latham’s Hamburger Inn since the late 1950s.

Ms. Latham worked as a clerk for the Futorian furniture plant in New Albany, and she would stop by on her lunch hour to help her mother-in-law with the rush. In 1993, Ms. Latham purchased the business from Fairy Latham, who was ready to retire. Ms. Latham wanted to work hours that permitted her to spend more time with her son, Josh. When she first purchased the business in 1993, she made a significant change to the menu, adding tomatoes, mayonnaise, and ketchup to the standard hamburger dressing of mustard, pickle, and onion. 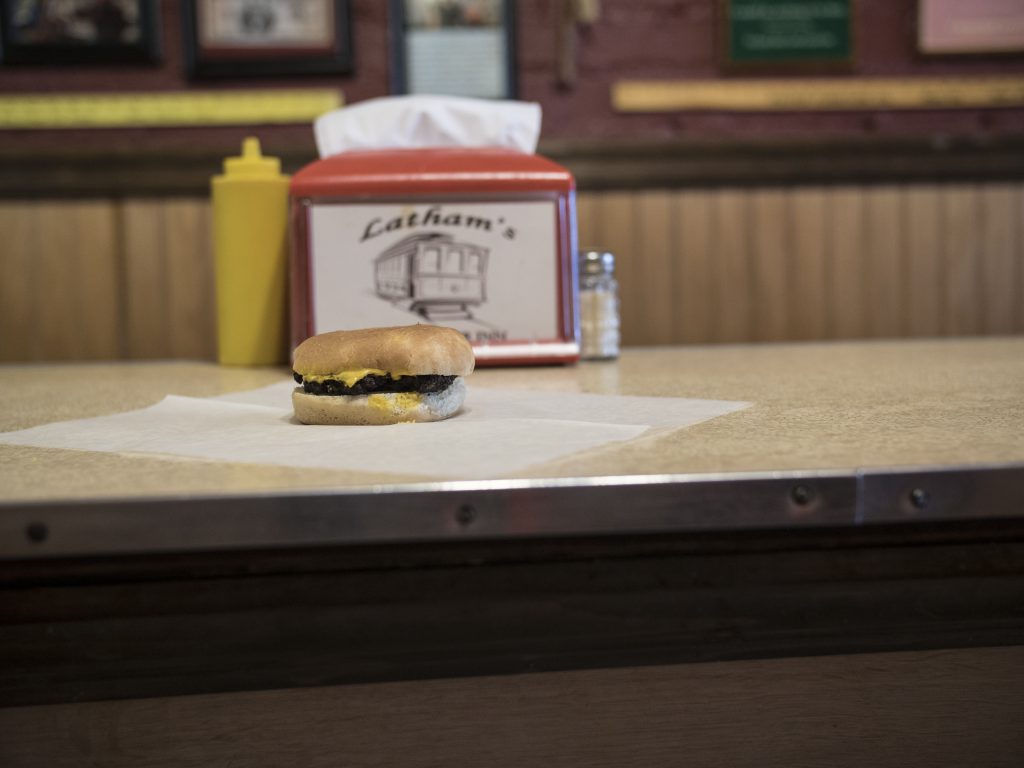 By the time her son entered high school, Ms. Latham had enrolled in Blue Mountain College to earn her bachelor’s and master’s degrees in elementary education. Since 2005, she has taught elementary school in New Albany. In 2008, she agreed to rent the business to her childhood friend, Wally Rakestraw, who successfully revived the restaurant from near-collapse from the previous renter. Ms. Latham is proud of the heritage the restaurant represents. She hopes it is something her son, Josh, can pass down to his daughter someday. 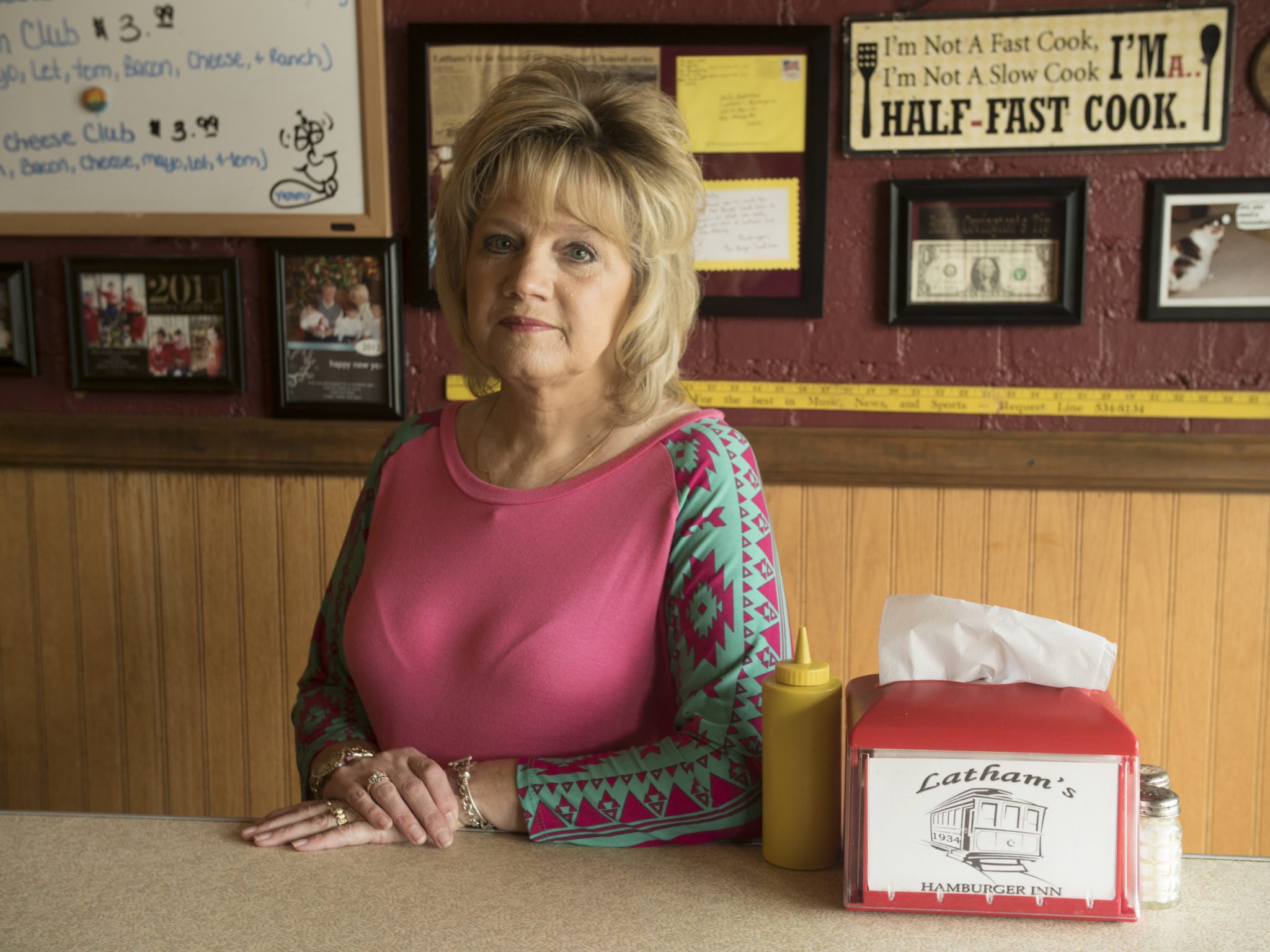 When [people] come in here they remember going with their grandparents and going with their parents, and now they’re bringing their children in here. It’s something that’s passed down from generation to generation. ~ Vicky Latham