Regina “Sissy” Nix (“Sissy” is what everyone calls her, a nickname originating because her brother couldn’t say “Regina.”) was born and raised in Decatur, Alabama, the youngest of three children, and the only girl.

Ms. Nix remembers riding bicycles with her two older brothers to get hamburgers at C.F. Penn’s. She also remembers her mother making the filler-style hamburgers at home to make the meat stretch further: beef, bread, and eggs in the mixture, she describes it like a meatloaf mix. 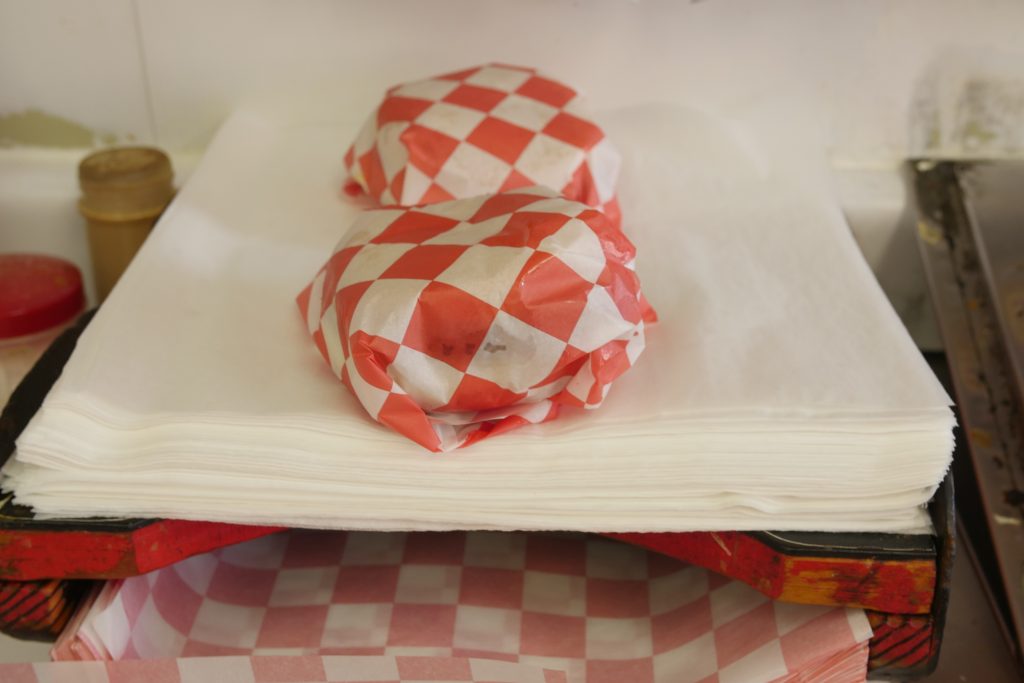 She worked in restaurants prior to working for C.F. Penn Hamburgers. In 2002, she was eating lunch at Penn’s when a new hire didn’t show up for work; Ms. Nix got the job. She speaks fondly of the long-standing employees who worked for decades before her, and who welcomed her like family: “Mama” Dale Johnson, who Ms. Nix replaced when she retired in 2002; Lillian Coggins, who worked for Penn’s for more than forty years before retiring in 2014. Ms. Nix became great friends with Ms. Coggins, and talks about how Ms. Coggins could pat out the hamburgers perfectly, keeping count of how many she made while multitasking, something that Ms. Nix admits she’s never managed to do.

Penn’s celebrates a long tradition of women working behind the counter. Women who know exactly what regular customers want before they sit down to order, and who know exactly how they want their hamburger, whether it be burned, crunchy, or a little soft in the middle. Ms. Nix is part of this legacy. 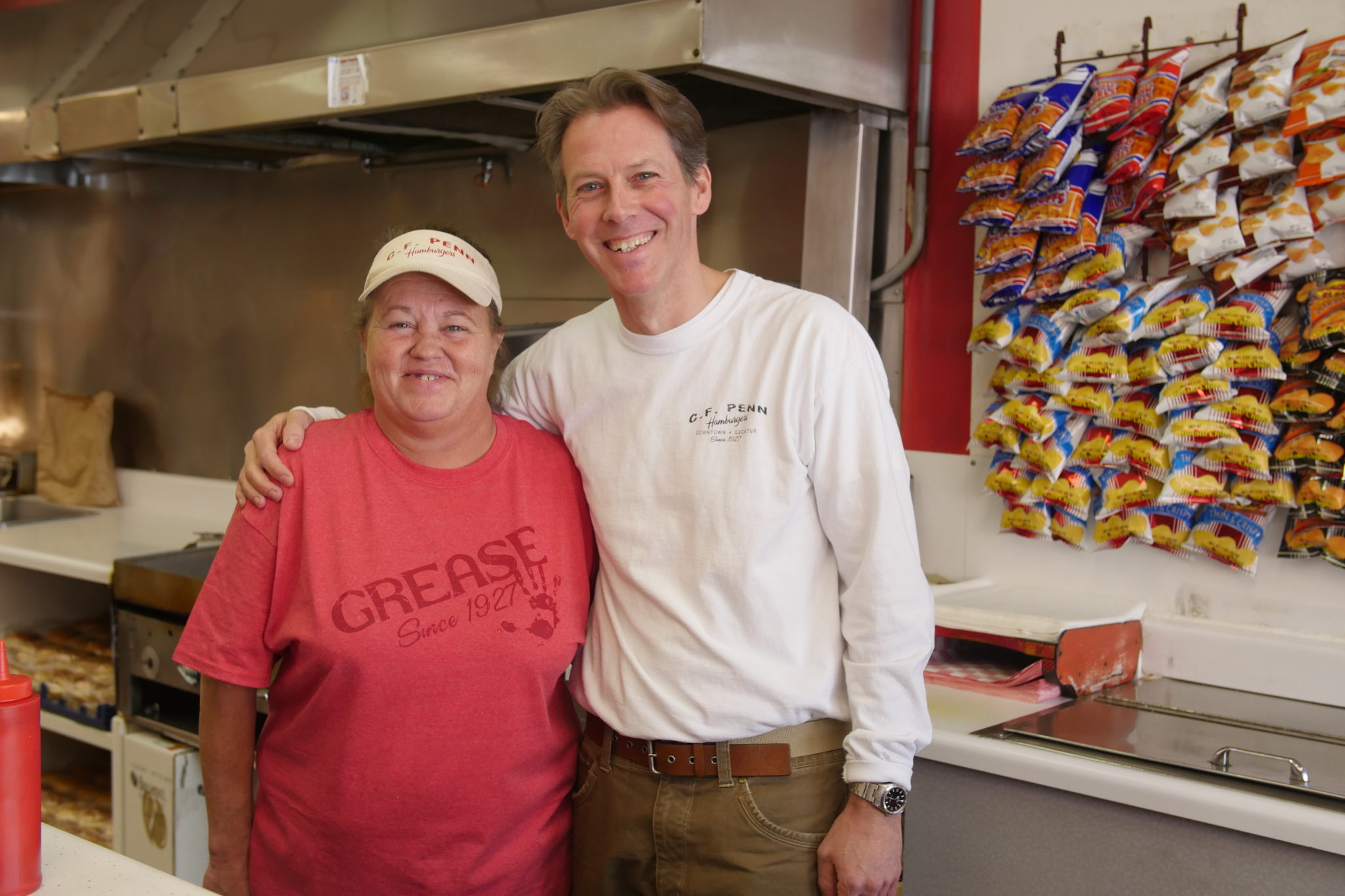 We don’t have napkins. Those little tissues that we put under the bottom of the burger, that’s what they used to use. This guy asked me one day for a paper towel and I said, “They’re back there on the wall.” He just got mad and walked out. I said, “Well, okay.” I mean, they used to use their shirtsleeves. ~ Regina “Sissy” Nix