With her father in the Air Force, Kimberly Carroll grew up living in all parts of the country: Mississippi, Florida, Alaska, and finally Charleston. In 1992 she was working as a radiologist at Roper Hospital when she met Raul Morales, a crabber and native of Cuba, while hanging out on a shrimp boat in Mount Pleasant. They fell in love, and Kimberly started selling fresh catch for Raul’s seafood business, Raul’s Seafood, which was located at Shem Creek on the Geechee Dock. Kimberly sold to 150 restaurants across the Lowcountry. In 2006 Raul passed away, and instead of selling the business, Kimberly worked with one of Raul’s old friends, Bobby Carroll, who convinced her to start selling soft-shell crabs in South Carolina. They brought crabs down from Maryland and Virginia, and built shedding tanks in the backyard of Kimberly’s Mount Pleasant home. The business was successful, defying criticism that selling soft shell crabs wouldn’t work in Charleston. Bobby died in 2013, and a year later Kimberly decided to finally retire from the crab business. 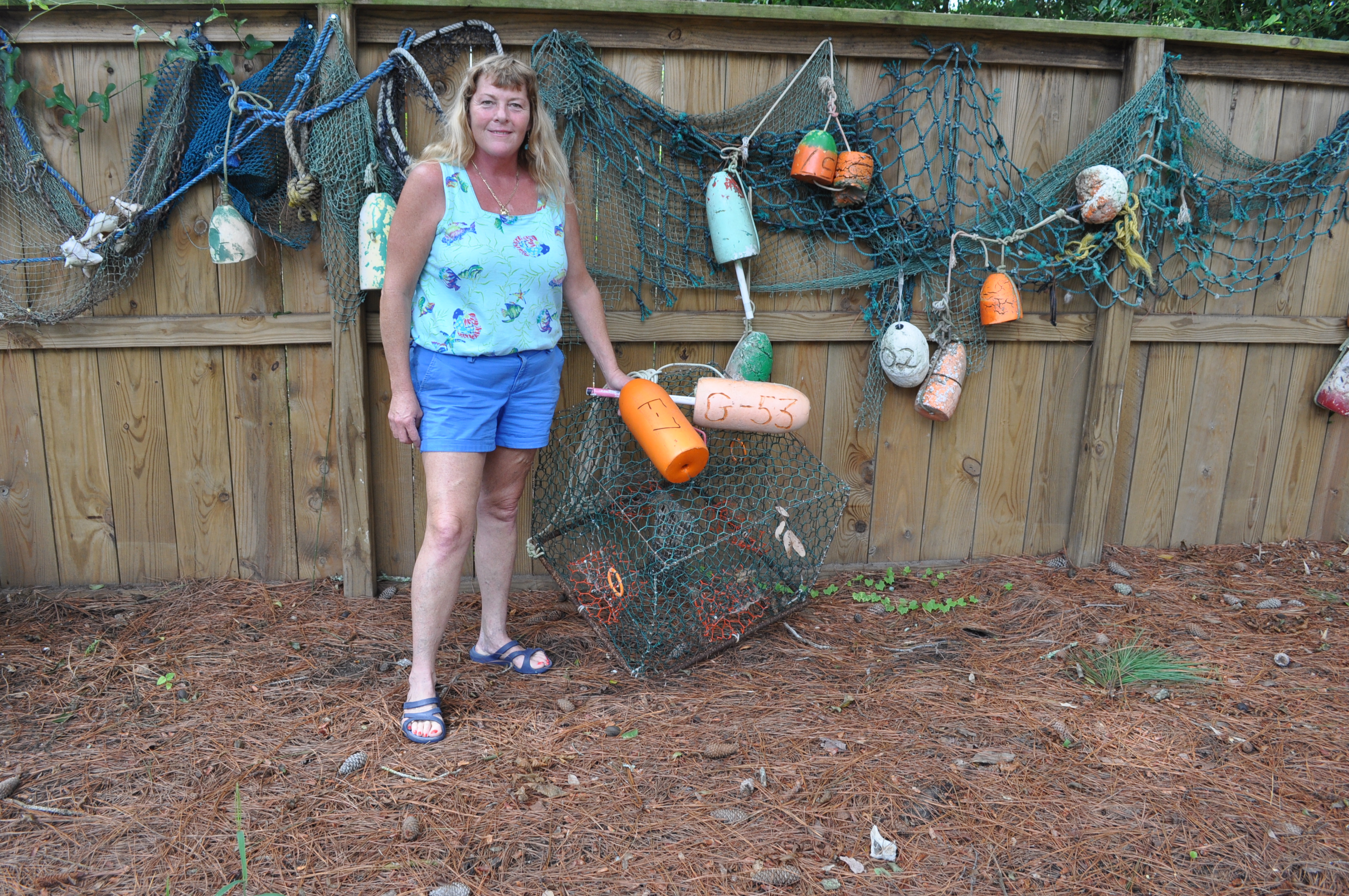 "I can see that crabbing has enabled me to be the strong individual I am. I’m a hard worker, and it’s given me the resilience to go forward and to be able to handle the transitions in life that the good Lord gives you whether you like it or not." - Kimberly Carroll