Fred Dockery was born in Montpelier, France, where his mother worked in a hospital run by nuns. His father traveled as a professor, moving the family from the Midwest to France to Maine to North Carolina. After graduating from Bates College with a degree in philosophy, Fred moved into an airplane hangar and worked as a landscaper before taking a job on a commercial fishing boat called The Restless.

Eventually, Fred and his family moved to Charleston, South Carolina where he took a job on a clam farm. When he was laid off, Fred picked oysters for extra money and delivered newspapers while pulling an early shift at the Moore Drum factory. He started crabbing, which eventually became his full-time job. Today he delivers blue crabs to places such as Marvin’s Seafood in North Charleston and Crosby’s retail store in downtown Charleston. 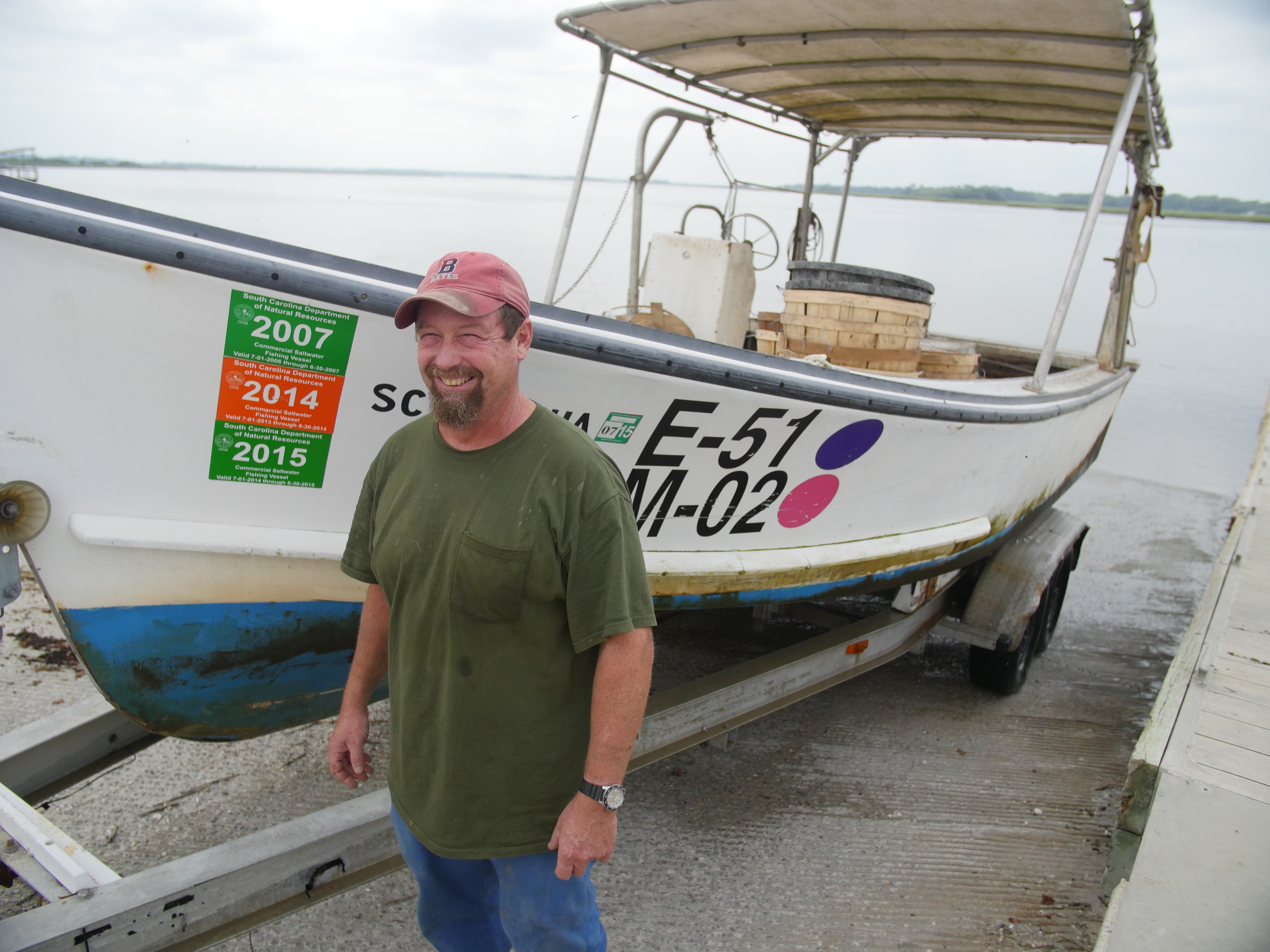 "I definitely have better years and worse years. The further along I get in my life, the less alternatives I have anyway. That helps you weather it, because what else am I going to do?" - Fred Dockery