Jamie White grew up on Sol Legare (pronounced Sol Le-gree) Road in James Island. Sol Legare holds a long history of African American fishing traditions. Jamie grew up with marshes and rivers as his backyard. Going out to pick clams and oysters was a daily part of his life. He learned from his uncles, George and Richard Brown. Jamie moved to Atlanta and sold cars then retail clothing but returned home after the 2008 recession. He decided to always have several sources of work to steady his income, so he started crabbing with his uncle Richard, then began picking oysters for Bowens Island Restaurant, right next to Sol Legare. Jamie also owns taxi cab and hopes to someday open his own restaurant. 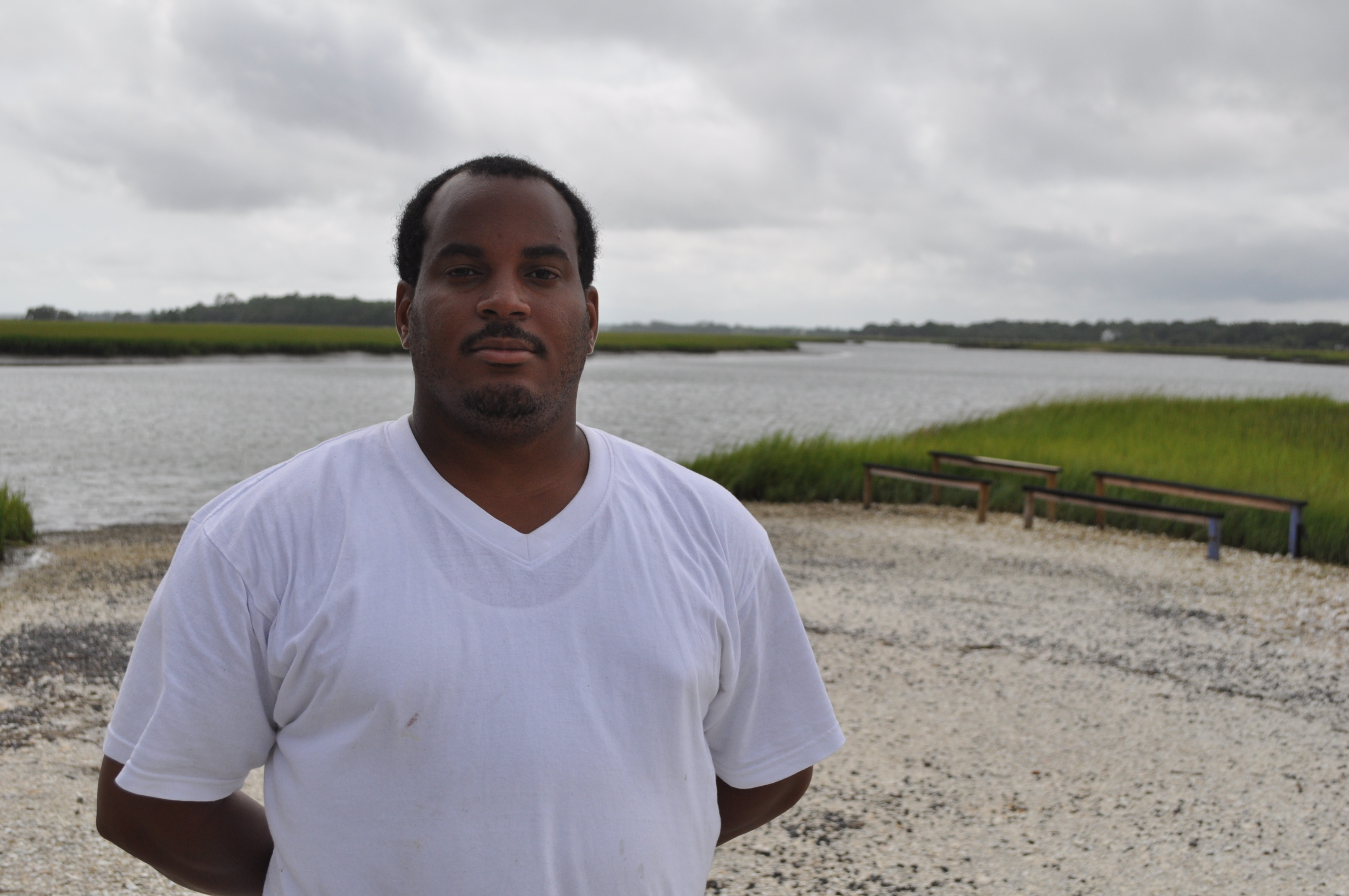 "With the way people are picking oysters, I don’t think this is going to last long. That’s why I keep all my avenues open; so that way when I can’t drive down one, I can go down another." - Jamie White