In 1973 Captain Horace Crosby left his job in law enforcement and bought Crosby’s Fish & Shrimp on James Island in Charleston. The business started as a live bait operation. His twin daughters, Ellie and Joanie, grew up in the store. While their father rarely let people go out on the boat with him, he often extended the opportunity to Joanie.

A fire destroyed Crosby’s in 1987, and a year later the sisters – not a pair for sitting behind a desk – rebuilt the business with the help of their father and brother, Timothy. The next year Hurricane Hugo took it all. And then their father died of a heart attack. The sisters did not stop working. They’ve operated the retail store and managed the docks for the past several decades.

Crosby’s sells seafood from commercial fishermen like Anuruck “Lucky” Suttiprasert, David Thomas, and Neal Cooksey (Joanie’s husband). The catch is sold in the store soon after its brought in to the dock. On Friday nights when they are in the mood and the weather is right, the sisters fry up shrimp, fish, and hushpuppies for customers who come out for the Dinner on the Dock. 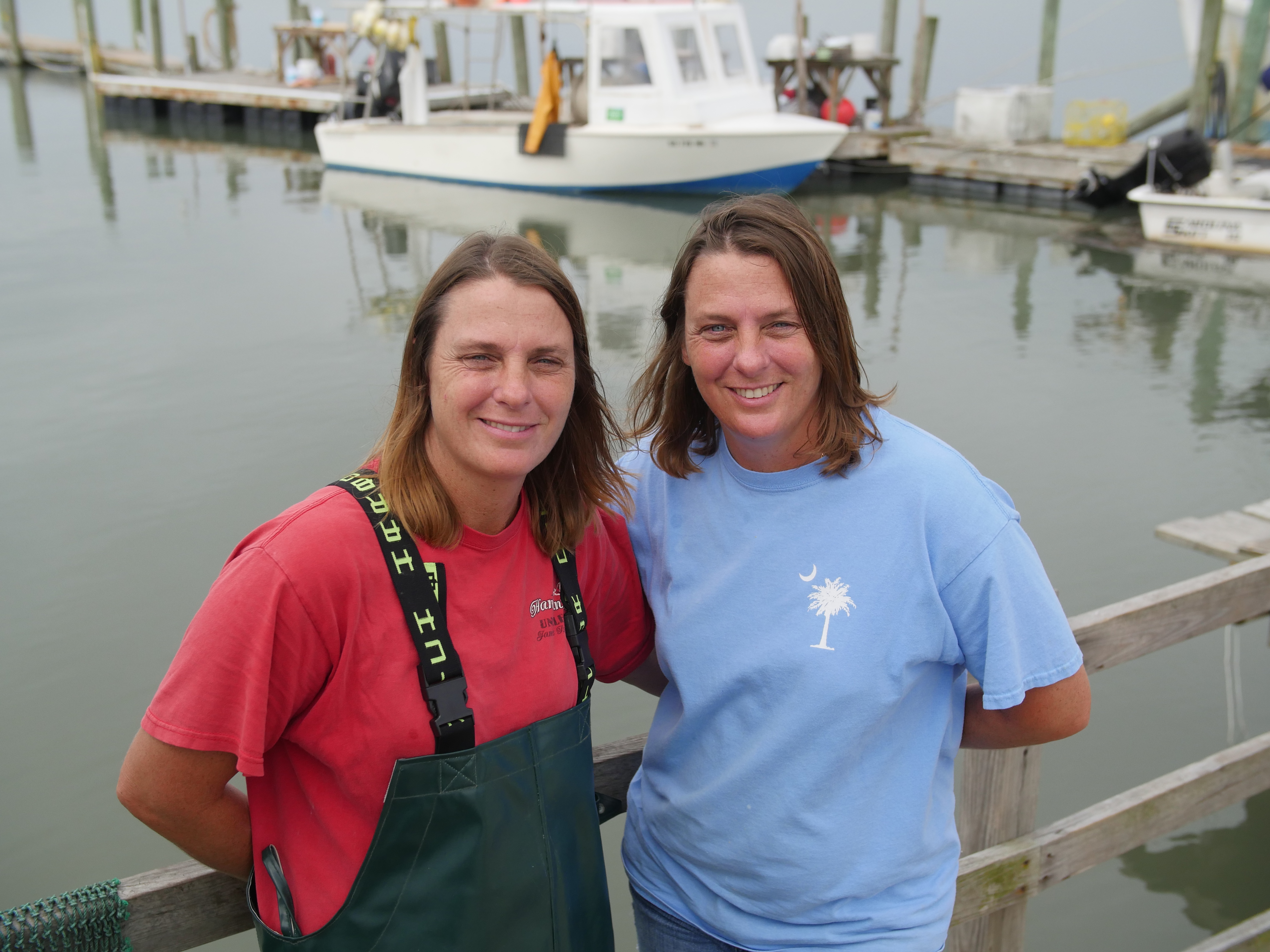 "Our love for the water, I swear I think it’s just bred in you. We live on the water. It’s who you are. Everyone that’s here, every fisherman, they are who they are." - Ellie Berry

"It’s probably one of the most dangerous jobs out there. There’s so much that can go so wrong so fast. But I still have it in me." - Joanie Cooksey