David Thomas has been fishing commercially for the past twenty-five years. He was born and raised in Conway, South Carolina, where his father ran a grocery store. He spent his summers in Ponce Inlet, Florida, where his uncle fished commercially and ran Timmons Fish Camp. David decided the only practical job for him was to fish, but today he say government regulations make his work difficult. He fishes with a standup rod known as a bandit reel, which drops a bungee cord directly into a current using circle hooks, which catch the outside of the fish’s lip. David and his crew set out for all kinds of catch, including grouper, snapper, triggerfish. When he comes back to the dock, he sells his catch to Crosby’s Fish & Shrimp on James Island in Charleston. 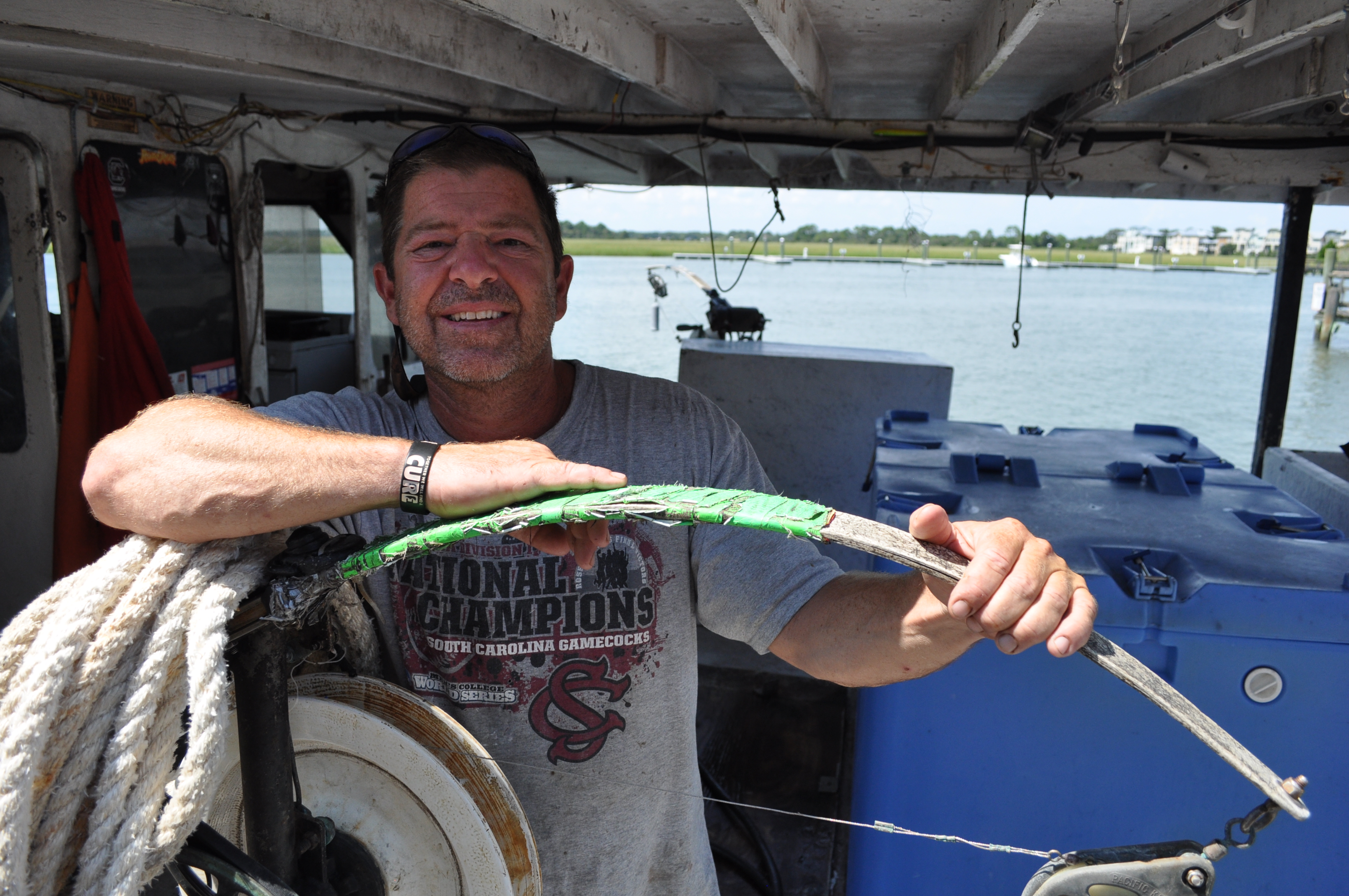 "Every time you leave the dock you’re in the hole. Nobody will send you a check just ‘cause you showed up." - David Thomas