Anuruck “Lucky” Suttiprasert was born and raised in Thailand. In 1975 he moved to Memphis, Tennessee to attend school, always intending to return to home once he finished his studies. Three years later, he quit school to work, both in restaurants and as a mechanic. He moved to Atlanta. In 1982 a friend in Savannah, Georgia convinced him to start shrimping because the money was good.

Lucky worked his way up to captain, and today he runs his own shrimp boat, Luck Chalm. Lucky explains the name comes from a combination of his name with the name of his wife, Chalam. His crew includes Victor “Goat” Lafayette. The men spend days out on the waters pulling shrimp. They return with their catch to the docks of Crosby’s Fish & Shrimp on James Island. As Lucky unloads his shrimp boat, he reunites with regulars who also consider Crosby’s home, and sells his catch to owners Joanie Cooksey and Ellie Berry. 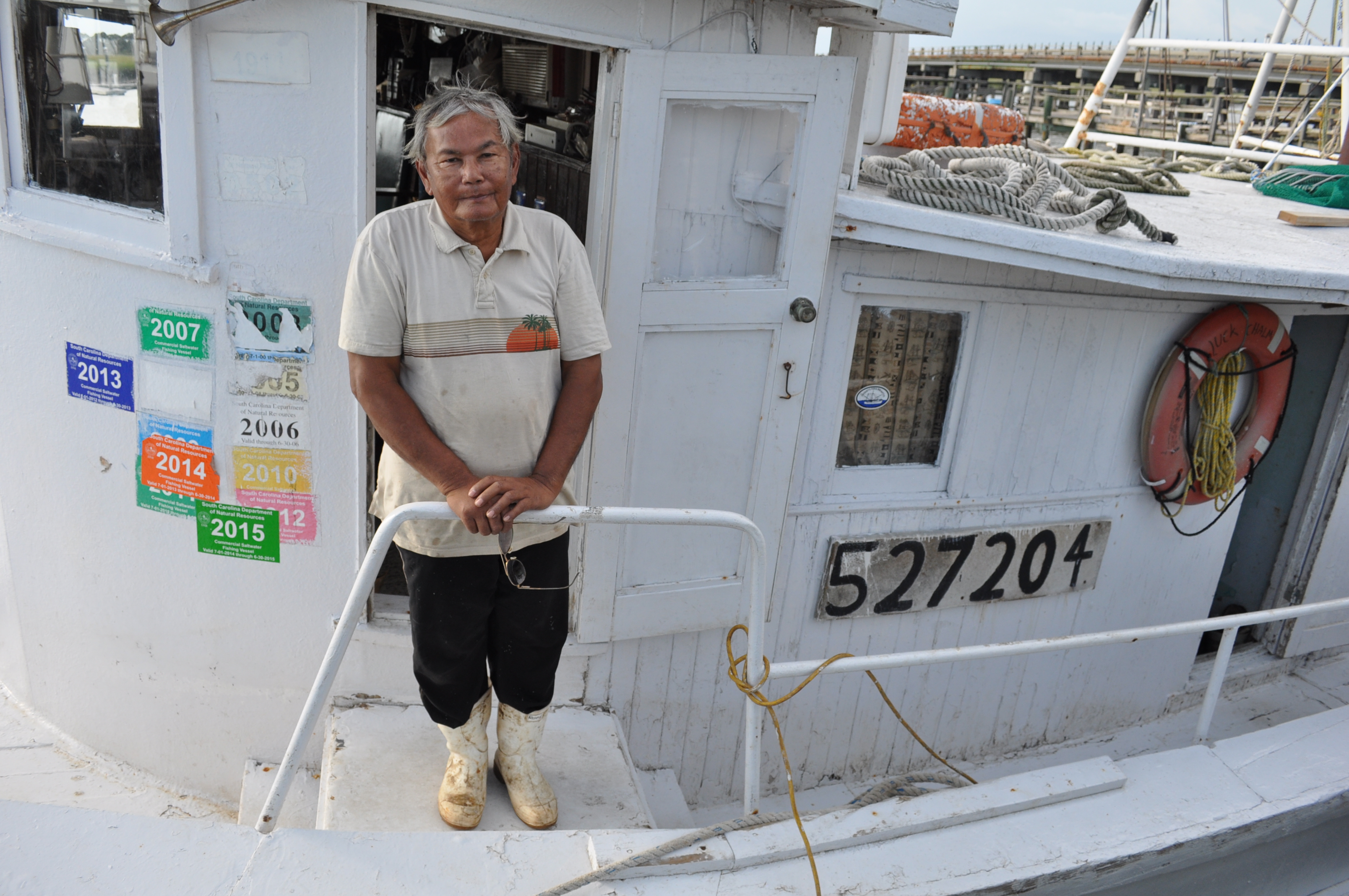 "This job is the only job I love because I’m the only boss. I work with my crew. We go every day. We quit and we sit and we look at the ocean and we look at the sky, free from anything. Nothing to worry about – money or trouble – until you come to the dock." - Anuruck "Lucky" Suttiprasert