Never in his first fifty years of life did Dickie Breaux, né John Richard Breaux, imagine that he would be tied to Breaux Bridge, Louisiana, by a bowl of duck gumbo—or anything else for that matter. Though he was born in that town, he spent his teenage years living in Jeanerette forty-some miles to the southeast. Or, as Dickie puts it, “a million miles away.” A preservationist and former politician, he returned to Breaux Bridge in 1991 for the historic building that now houses his restaurant, Café Des Amis, as well as his home upstairs. Dickie’s son, Brett Breaux, a professional chef, opened the restaurant with him and helped establish a menu that’s at once Louisiana-cosmopolitan (New Orleans-style BBQ shrimp and turtle soup are specialties) and traditionally Cajun (you’ll find boudin sausage and cornmeal-based coush-coush at breakfast). At the time of this interview, the café’s current chef was sourcing the boudin from Dickie’s favorite outlet: Charlie T’s in Breaux Bridge. Along with harkening to the communal boucheries of his childhood, starting the day with boudin fits the romping mood of Café Des Amis’ Saturday morning Zydeco breakfasts. 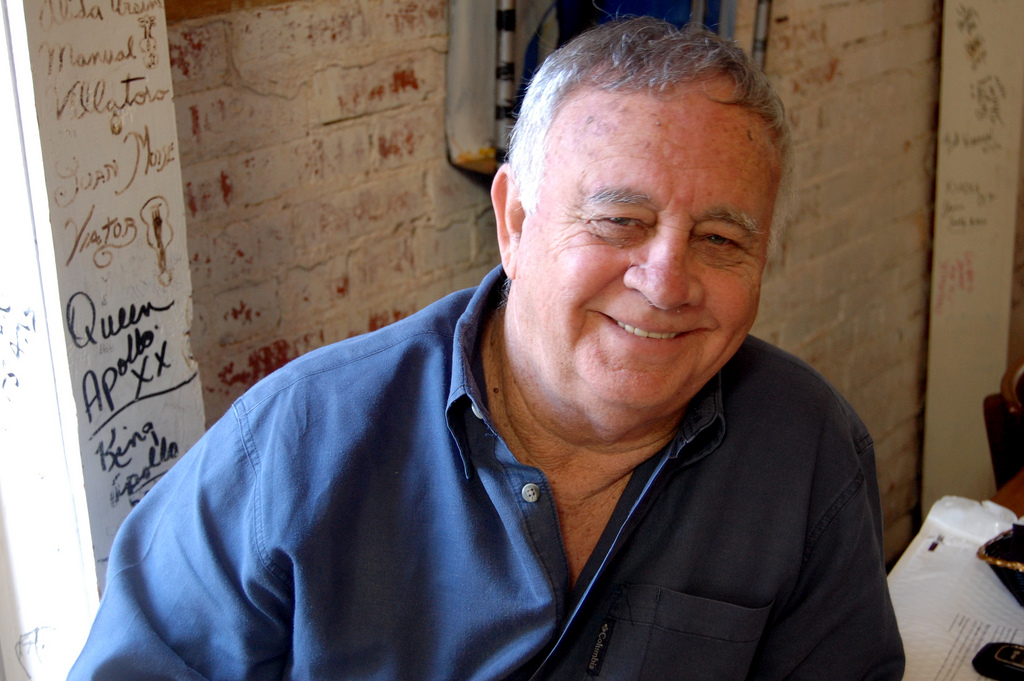 My definition of great Cajun cooking is: By the time you finish with it, throw the meat away because everything is in the gravy. ~ Dickie Breaux

Kevin Downs was practically predestined to enter the meat business. He grew up in a hunting family in Sulphur, eating…

G&M Meat Market is a small portable building tucked away on Domingue, a residential street one block off Jeanerette’s…