Kevin Downs was practically predestined to enter the meat business. He grew up in a hunting family in Sulphur, eating his mother’s deer roast and gravy, butter beans, and sausage. His grandfather raised, and then killed, roughly four hogs a year for the family’s sustenance. They would make cracklings and boudin, among other dishes, after each slaughter. As a young man, Kevin became the market manager at Misse’s Grocery in Sulphur. (While Misse’s is still in business, it no longer specializes in boudin.) Ten years after he started working there, Kevin bought Misse’s boudin-making equipment, which he uses to craft The Sausage Link’s liver-free boudin with long-grain rice and hog casings that snap when you bite into them. Kevin’s boudin comes mild, hot, or smoked; battered and fried in balls; or battered and fried in burgers. The Sausage Link is also a meat market and deli. Customers bring in their freshly-killed deer for processing, and they stop by to pick up stuffed pork chops or seafood gumbo for dinner. 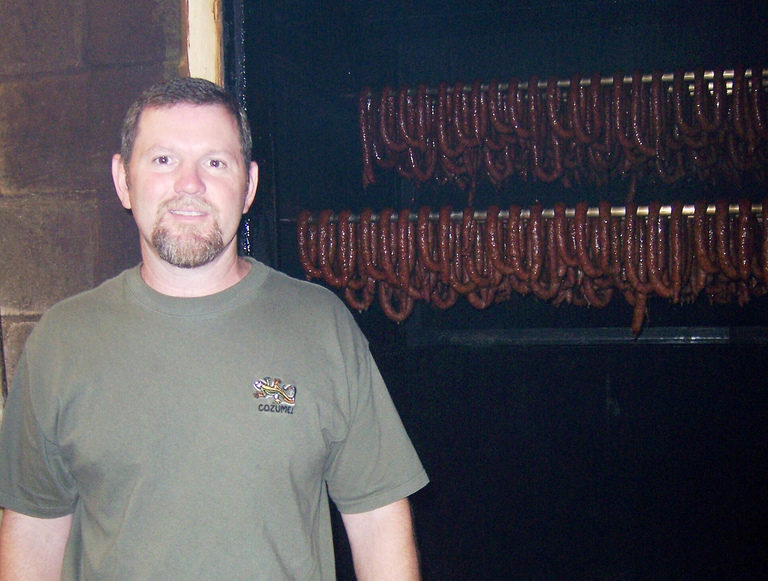 My little boy, he is already saying that he’s taking over. And he will actually go in and bark a few orders every now and then, and he’ll grab some of the plastic gloves and start rolling boudin balls in the afternoon sometimes. ~ Kevin Downs

G&M Meat Market is a small portable building tucked away on Domingue, a residential street one block off Jeanerette’s…

Never in his first fifty years of life did Dickie Breaux, né John Richard Breaux, imagine that he would be tied to…