According to the Pew Research Fund, half of the the H-1B visas issued between 2001 and 2015 went to Indian nationals. This trend is marked in northwest Arkansas, home of Walmart, JB Hunt Trucking, and Tyson Foods. These large corporations sponsor H-1B visas for skilled professionals, experts in information technology and engineering. As a result, the South Asian population has multiplied rapidly since the early 2000s. Steady employment and the allure of first-rate university education have drawn South Asian family members, friends, and business owners from other areas of the country to northwest Arkansas. They brought their food with them.

In 2008, one Indo-Pakistani restaurant and one gas station sold Indian staples in northwest Arkansas. Newcomers often had to travel hours to find Indian goods. When they first moved to Fayetteville, Lisa and Abhijeet Purakayastha, owners of Khana Indian Grill, struggled to purchase essential Indian ingredients. “Finally, through talking to people, we found a Shell station in Rogers,” said Lisa. “On the aisle next to the Fritos and the Cheetos were some bags of Indian spice mixes and dals.”

Inaccessible Indian and Pakistani products drove community members to start businesses that provided spices, produce, and halal meat. Ali Momani, owner of Community Butcher in Lowell, recognized the opportunity. “We had to drive all the way to Dallas or Tulsa or Kansas City to pick up fresh meat,” said Momani. “That’s why we came up with the idea to just open my own shop and serve the community here.” He works with local farmers and slaughterhouses to grow lamb and goats for halal butchering and consumption.

Gradually, South Asian entrepreneurs came to see Indian and Pakistani food as a business opportunity. Himabindu Sreepathy and her husband, Raja Bavirisetti, had experience. “My husband [had helped] my father-in-law in business since he was twelve years old,” Himabindu explained. “But one day, he was like, ‘I miss doing business.’” Raja quit his job at Walmart to manage a restaurant and grocery store in Bentonville. Raja and Himabindu quickly gained company. By 2018, Bentonville boasted four Indian grocery stores and six South Asian restaurants. 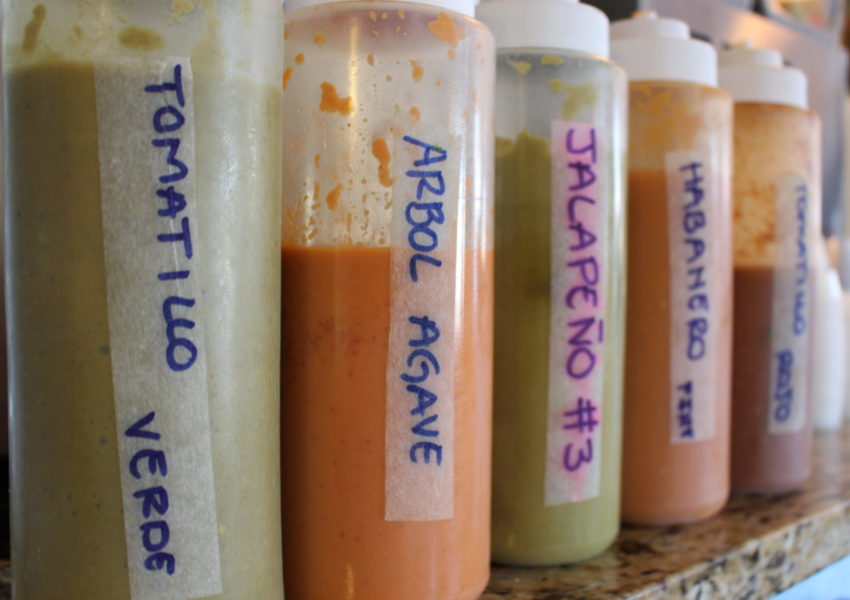 Since the mid-1990s, an influx of Latino immigrants has radically transformed what Southerners expect of Mexican food.…