In 2006, the Purakayasthas left Houston and moved to Fayetteville, Arkansas. Lisa and Abhijeet were used to the accessibility of Houston’s diverse food scene. When they first moved to Arkansas, they had difficulty finding Indian spices and vegetables, and they missed the easy access to Indian grocery stores and restaurants. As they settled in northwest Arkansas, Lisa and Abhijeet began to make Indian food for their new community. Soon after, they decided to open an Indian restaurant. In 2015, they introduced Khana Indian Grill, which serves a small menu featuring dishes from many regions of India. Lisa and Abhijeet use their menu to educate Arkansans unfamiliar with Indian food. 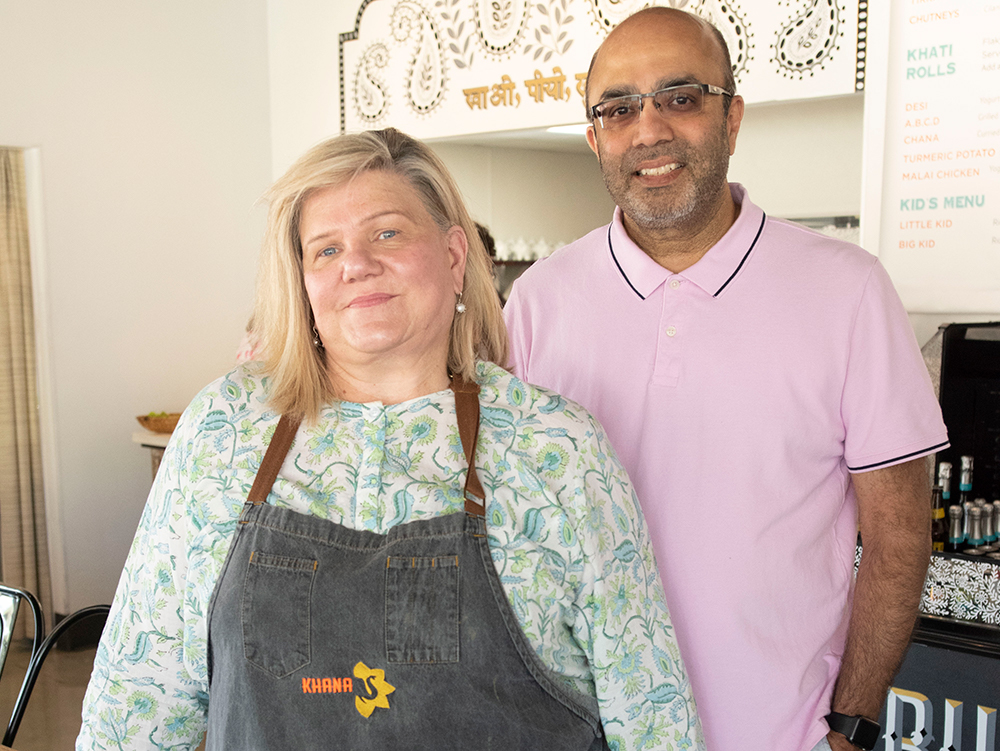 “Really, our menu is just a list of kind of the greatest hits of what we like about Indian food, that we thought would be popular with an audience in a small town in a small state in the middle of the United States.” - Lisa Purakayastha