Ali Momani, born in 1971, is originally from Jordan. He provides a local source of goat and lamb for Muslim consumers in Northwest Arkansas. In 2018, he opened up Community Butcher in Lowell, Arkansas. Momani relies upon farmers and meat processors in Northwest Arkansas to provide locally grown halal meat. He works with a farmer in Centerton to supply lamb, goat, and chickens, and he uses a meat processing plant in Winslow, Arkansas. Many Indian restaurants buy halal goat and lamb from Momani. He also butchers meat to order for individual customers.

Momani attended culinary school in the capital city of Amman where he learned to cook dishes like maqluba, kabsa, and mansaf. In 1995, he came to Dallas just to visit, but decided to stay. While living in Dallas, he managed several restaurants. When his wife got a job with Walmart in 2004, they moved to Northwest Arkansas. After a brief move to Miami, they returned to Northwest Arkansas in 2010. 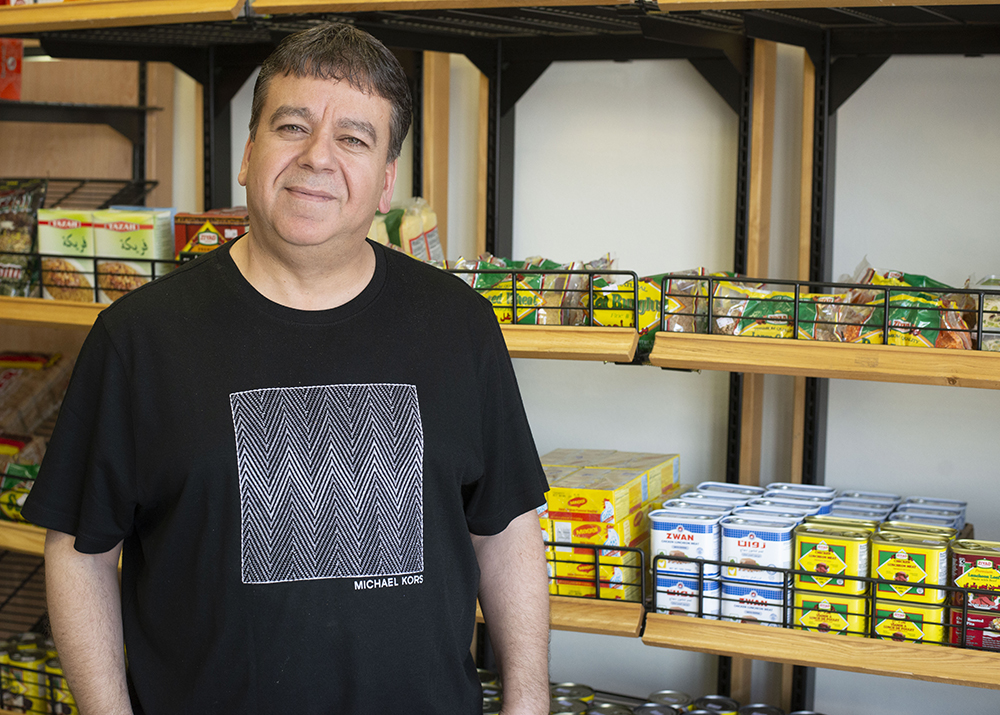 “I became a butcher because every time we need to go buy meat, we had to go to Dallas to get like halal meat. We are Muslim, we have to have halal meat, cannot get any kind of meat. . . so that’s why we came up with the idea to just open my own shop and serve the community here.” - Ali Momani