Since the gas station in Mulberry was right next to Interstate 40, Sharma thought it would be a good place for a restaurant. Sudesh Sharma, Satish’s wife, works at the VA Hospital as a nurse and helps in the restaurant on weekends. India Restaurant sells a buffet of Indian dishes alongside lunch specials like hamburgers and cheeseburgers. Heavy interstate traffic draws truckers and travelers who stop for a tank of gas and a taste of their Indian dishes. 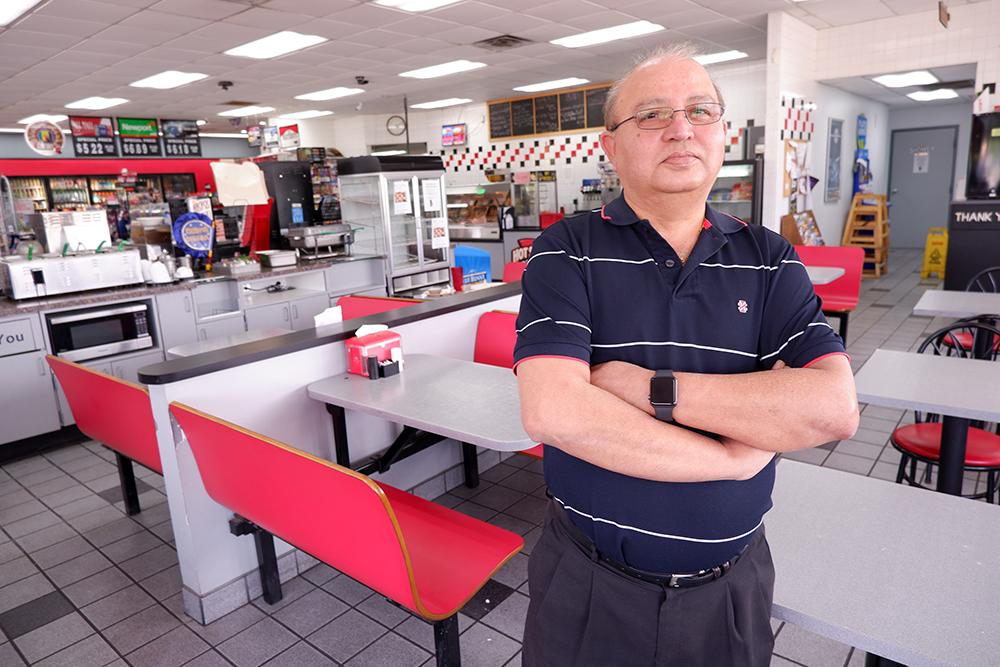 “I bought it in 2012, November. So then this is more on the interstate and we see a lot of drivers, you know, run from California to the East Coast, a lot of them, so then I started … thinking about…open the restaurant, India restaurant.”