Himabindu Sreepathy, born in 1981, is originally from the Andhra Pradesh state in Southern India. She earned a degree in medicine. When she married her husband Raja Bavirisetti in 2007, they moved to Houston, Texas. Raja started a job at Walmart in 2009, and the couple moved to Bentonville, Arkansas, where Indian restaurants and grocery stores were scarce. Bindu learned to adapt to her surroundings. She bought local produce, made curries out of celery, and searched the internet for pasta recipes.

Raja grew up helping his father in their family business, and he missed entrepreneurial work. In 2011 Bindu and Raja opened an Indian restaurant, Taj Indian Cuisine, which later became Flavors Indian Cuisine. In 2015 they opened a second business, World Food Mart, a grocery store that sells Indian ready-made goods, vegetables, and other international products. Kwality Ice Cream and Grill, which sells kulfi, baked goods, and a savory menu packed with Bindu’s recipes, opened in 2018. 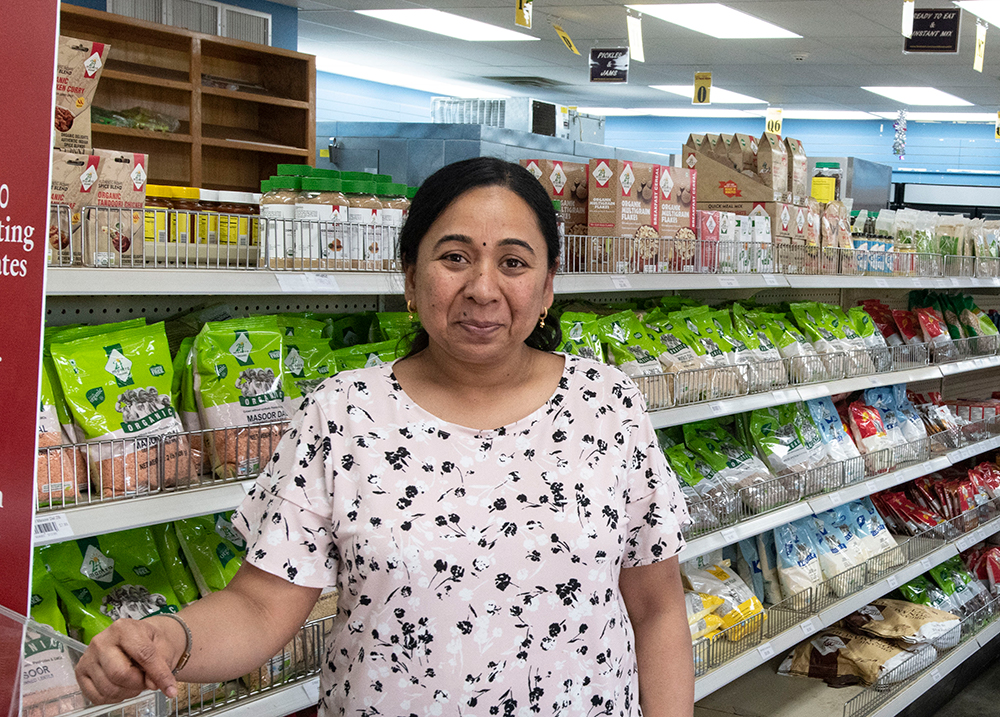