Maya Sivakumar moved to Milwaukee, Wisconsin, from South India in 2000 with her husband. She and her friends often had to travel to Chicago to get spices and bags of rice for cooking. While in Milwaukee, Sivakumar started a job as a bank teller and eventually became a manager. The difficulty of finding a South Indian restaurant inspired her to open her own.

In 2014, Sivakumar and her family moved to Dallas, Texas. In 2016, Sivakumar franchised a restaurant called Kumar’s in nearby Irving, and a few years later, she began helping her brother-in-law manage his restaurant, Chennai Café in Bentonville, Arkansas. In 2018, Sivakumar moved to Bentonville and took over ownership of the restaurant, changing the name to Pandiya’s. Pandiya’s features a buffet of mostly South Indian dishes, though Sivakumar is thoughtful about adding requested dishes from other regions of India. Every Sunday and Thursday, Pandiya’s serves lunch on banana leaves. 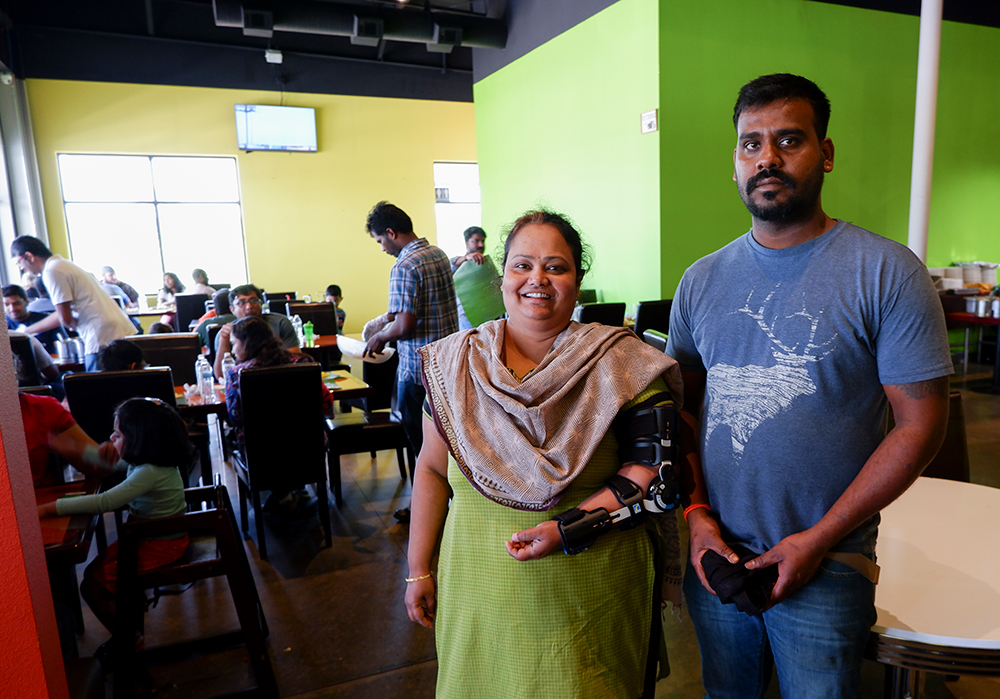 “When I lived in Milwaukee, even to get like a bag of rice, sometimes we had to go all the way to Chicago, so we friends will always keep talking, you know, like some few Indian foods if we get here, that’ll be great. . . So this passion was inside me for a while.”