Naidu Mortha, born in 1971, is originally from South India. When he moved to the United States, he chose to settle in Indianapolis, Indiana. A job with Walmart as a supply chain senior strategy project manager brought him to Bentonville in 2001.

With a growing Indian population in northwest Arkansas, Mortha saw a need for more Indian restaurants. In 2011, he opened Chutny’s Rogers. After eight months, he sold it, and in 2016 he opened Curry Point in Bentonville. In 2017, he left his job at Walmart and began managing the restaurant full time. Since Curry Point opened, Mortha has developed relationships with the South Asian immigrant communities of northwest Arkansas, supporting the Hindu Association of Northwest Arkansas and working with the University of Arkansas as a vendor. He often sells food at cultural and religious events like Diwali and Ugadi, the Indian New Year festival. 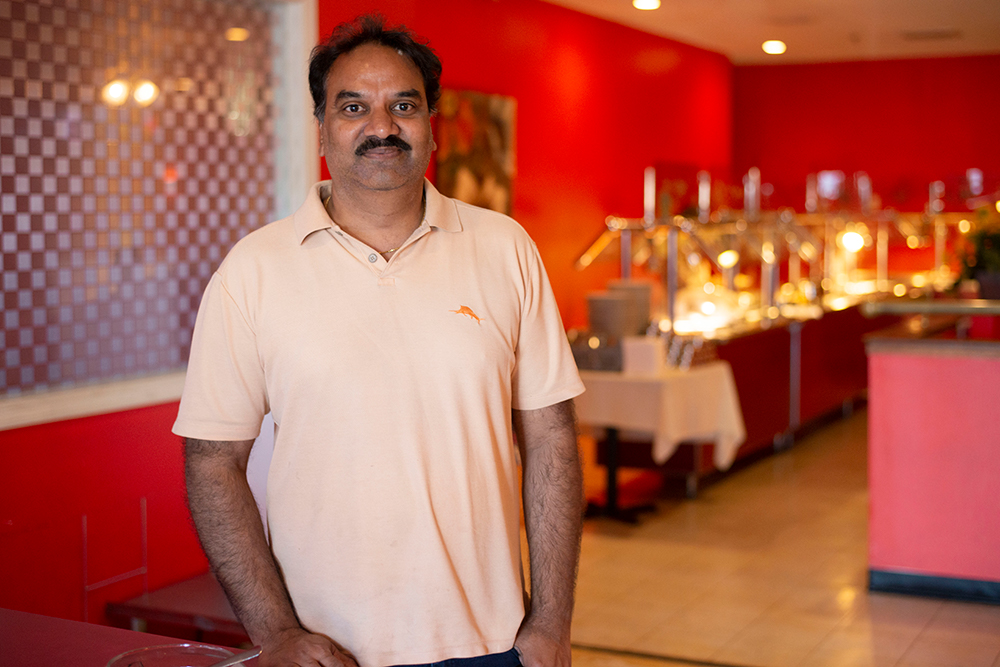