Sayed Ali, born in 1949, is originally from Pakistan. He moved to the United States to earn a master’s in business administration from California State University in 1978 and subsequently returned to Pakistan. In 2005, he and his wife moved to the United States for the second time. Finding work in California proved difficult, so he moved to Bentonville, Arkansas, in 2008 to be closer to his daughter, who worked for Walmart.

When Ali first moved to northwest Arkansas, it was difficult to find halal meat. He raised goats and lamb for halal slaughter on his farm in Avoca, Arkansas. He sold the farm and opened his restaurant, Aroma, in 2008. Ali and his wife, Sughra, prepare and sell dishes like fresh roti, lamb chops, and biryani. Their menu is fully halal. Ali is involved in the local Muslim community in northwest Arkansas, and Aroma often provides food during religious holidays. 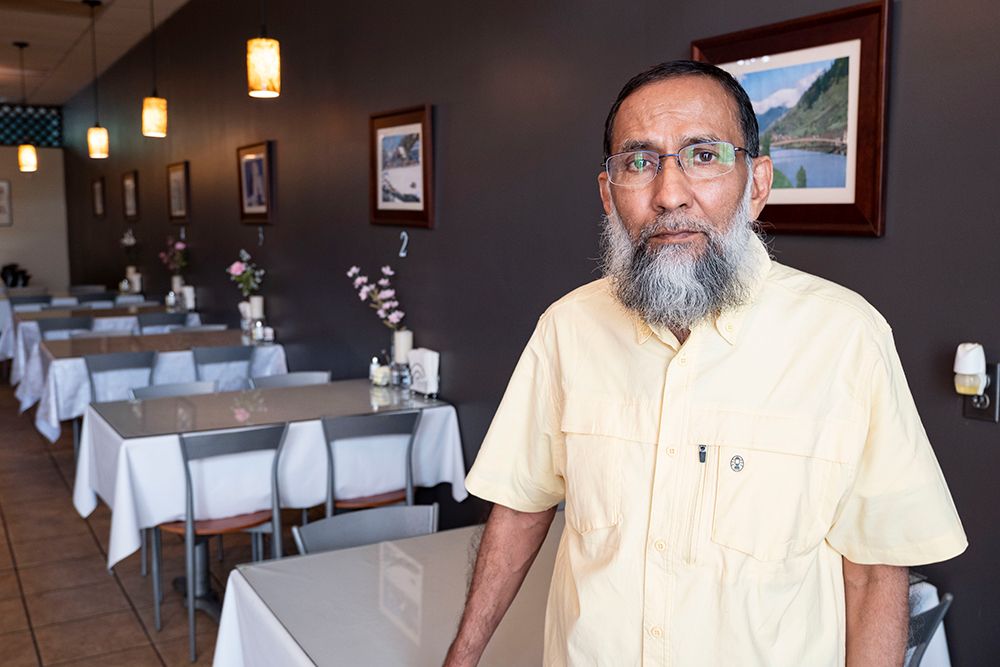 “In Ramadan, we have big gatherings, we break our fast at sunset and people try to bring their food so that people can break their fast. . . So we have big get-togethers in the mosque, and then people order food from here.” - Sayed Ali