Allan Benton’s grandparents made pork worth bragging about. Born and raised in Scott County, Virginia in Southern Appalachia, his family had little money and raised everything they ate, including their Heritage breed hogs. In the log cabin behind his house, Allan’s family cured hams. Each year when resources and ran low by early fall, his grandparents released the hogs into the Southern Appalachian forest to forage on whatever they could find. It turns out this was part of the secret to those bragging rights; the mast and acorns in the hogs’ diet created very tasty pork. When his grandparents tired of raised hogs they began buying them from Albert Hicks, a dairy farmer in Eastern Tennessee who Allan says, “started making hams and bacon by accident.” After earning a master’s degree and taking a job as a high school guidance counselor in the late 1960s, Allan realized he couldn’t sustain himself on the salary. Around the same time, Albert Hicks retired his ham business. Allan convinced him to lease his business. He called everyone he could think of to learn everything about curing hams and bacon. In 1973, Allan opened Benton’s Smoky Mountain Country Hams. What’s rooted his business for more than forty years, the one thing he never changed: his grandparents’ curing recipe. 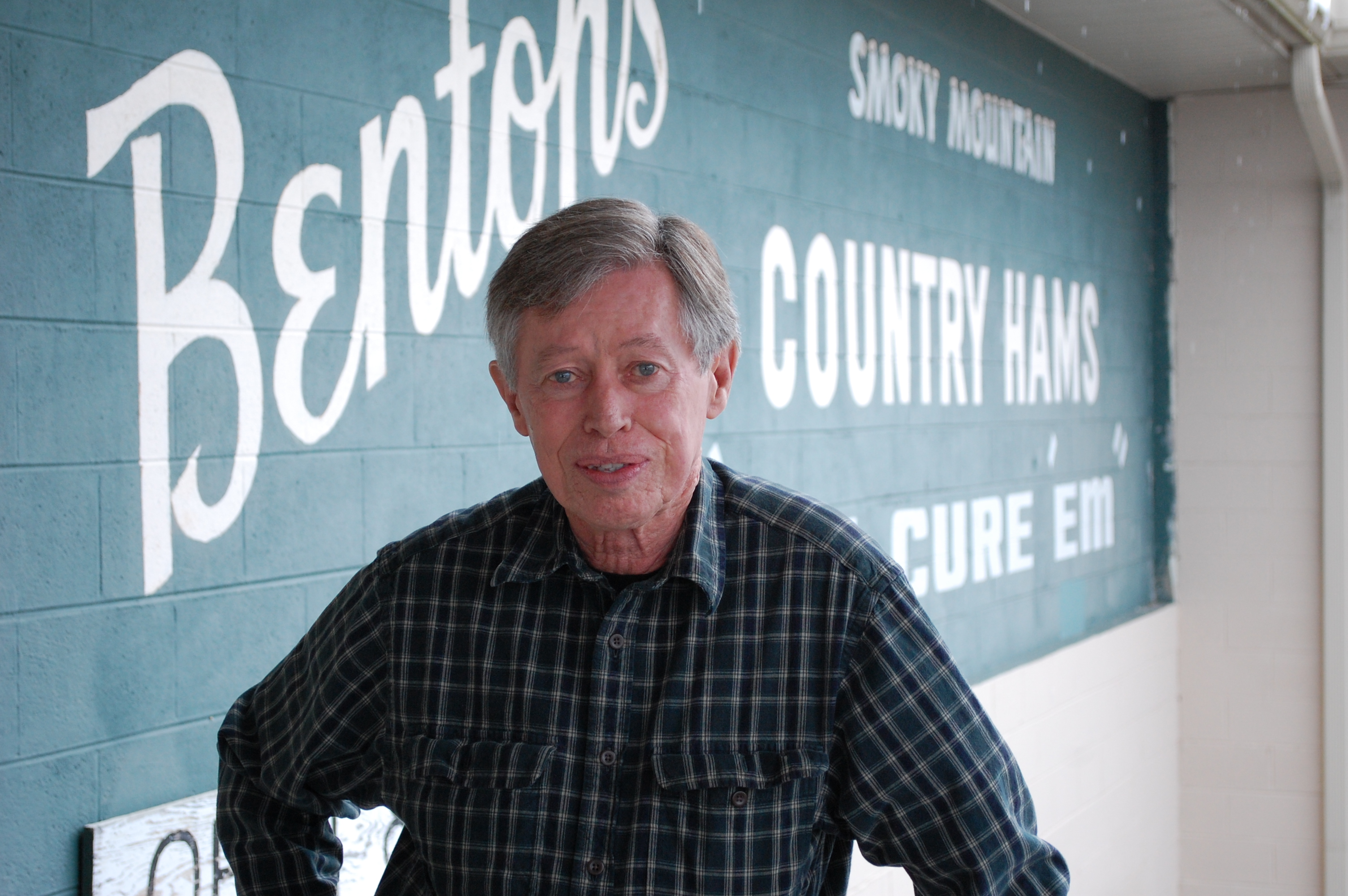 I’ve played around with lots of recipes over the years, but I’ve always come back to that original family recipe. I can't tell you it’s better. I can just tell you that it works for me. And I do have a sense of pride that my forefathers used it. I hope they would be proud of what I'm trying to do.~ Allan Benton