Born and raised in Neunkirchern in Saarland, Germany, curing meat was an inherent part of Stefan Neumann’s culture. “Those traditions always intrigued me,” he says. His father, Guenther, a coal miner, and his mother, Luise ran a restaurant called Marien Schenke. They slaughtered and cured meats for the restaurant in the basement, making salami, bacon, and ham. Stefan, the youngest of six brothers, helped his parents with their restaurant, but decided running a restaurant wasn’t for him (“I would like to have one day off.”). Stefan went through a six-year apprenticeship at an institute called Muskalla in Heidelberg to train as a master sausage maker (fleischermeister). He worked in his native country for a few years, then moved to Cameroon to opened a butcher shop in Yaounde. He settled in Kentucky in 1998, moving to Florence in a region of Northern Kentucky with a large German community. For the past seven years, Stefan’s worked as the production manager and master sausage maker at Brooks Meats in Walton. Among his many creations: more than 40 different kinds of sausage, Kentucky country ham, and traditional German Black Forest ham. 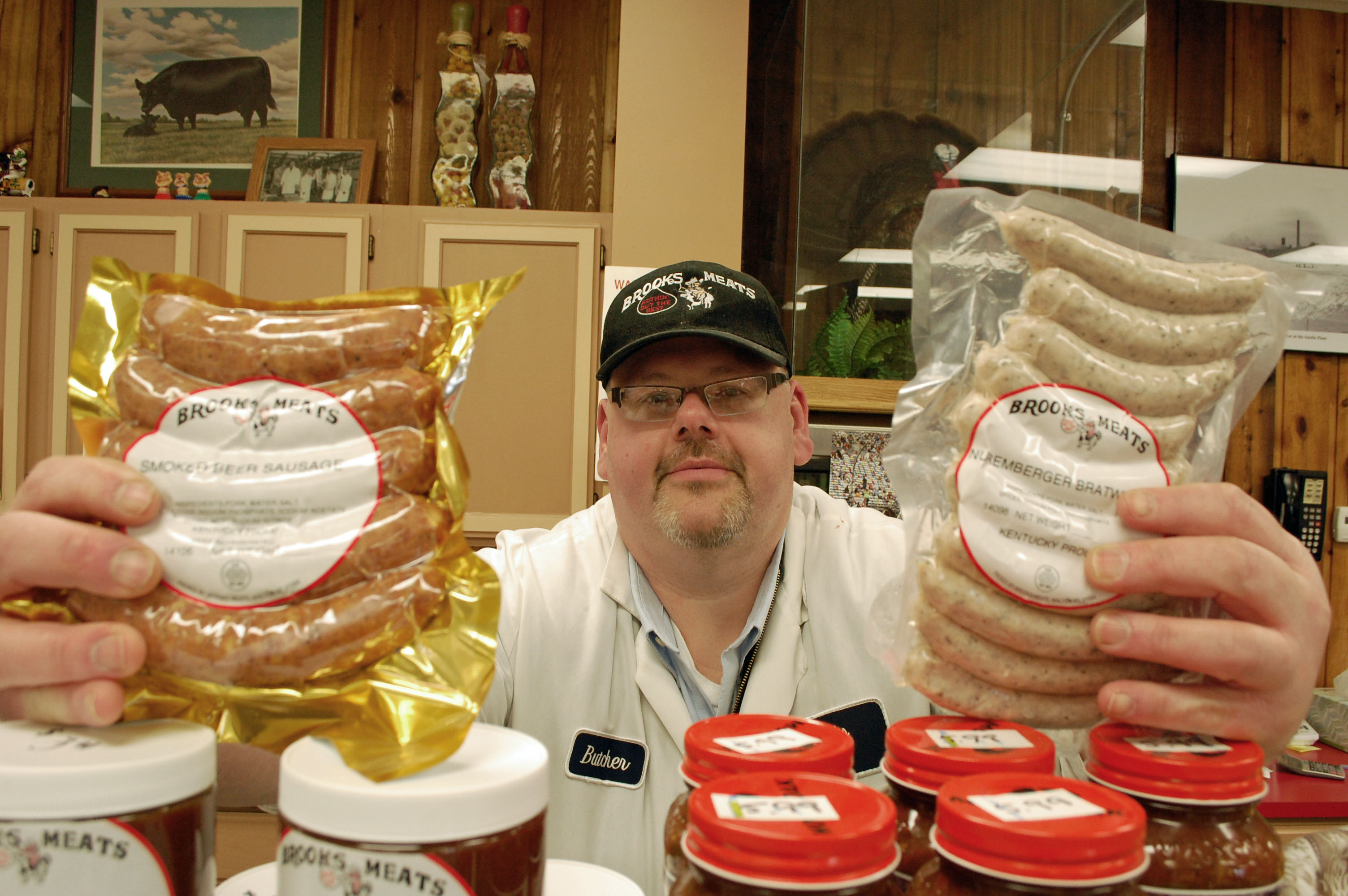 It would be nice if we could find people that are just as interested in apprenticeships because we’re a dying breed. Supporting a local small butcher shop is very important, because we are trying to keep a tradition alive. ~ Stefan Neumann