Lewis Shuckman’s grandfather, Isia, taught him to be patient. He told Lewis, “Just do your thing. And once you get started with something don’t change it.” Isia, a master butcher, moved from Chicago to Louisville, and in 1919 opened Shuckman’s Meat Market and Grocery. He raised his family in the apartment above the store. During the Great Flood of 1937, Isia moved inventory upstairs as customers rowed boats to Shuckman’s as he distributed groceries out the window and kept tabs for later. Using recipes written in his native Russian, Isia made sausage and smoked fish. When his son, Alvin, took over the business in 1954, he had many of those recipes translated into English. Lewis chose the family business over a career in radio and took over in 2001 after his father died. Over the years, Shuckman’s transitioned from a grocery and meat market to Shuckman’s Fish Company & Smokery, focusing solely on fish (salmon and Kentucky trout, among others). Lewis continues using old family recipes but has added new ones, including salmon sausage and Kentucky Spoonfish Caviar, which is harvested from paddlefish – a prehistoric fish. Today Shuckman’s remains a family affair: Lewis works with his wife, Vicki, and daughters Lauren, Whitney, and Shannon. 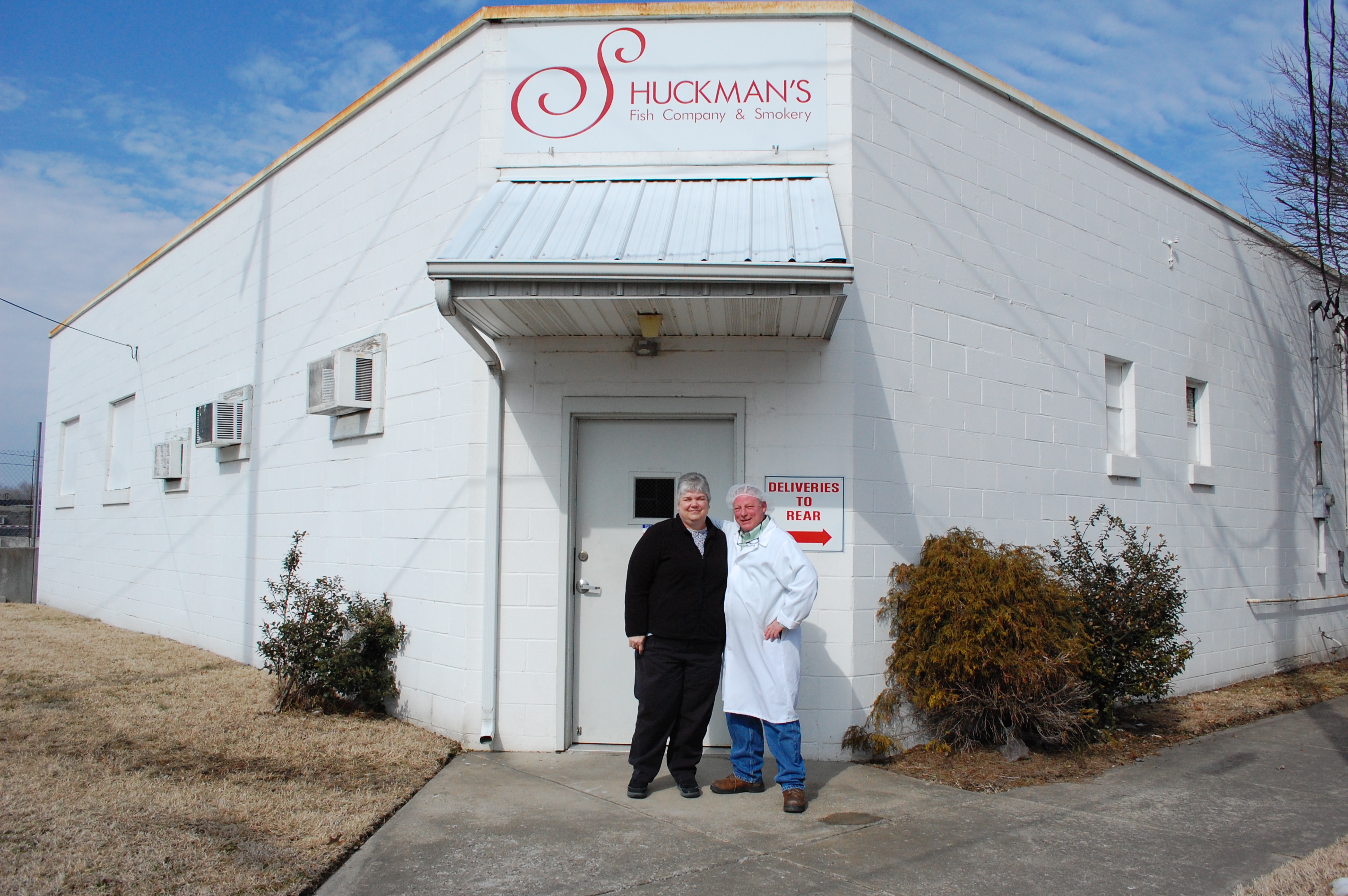 I think what magnetized me to my father – first of all he was my best friend. And number two, Dad would take the time to show me things that I either wasn’t real interested in or wasn’t paying a lot of attention to, but the purpose of that was so that I would know what was handed down to him. ~ Lewis Shuckman