Jay Denham grew up around cattle. His father had a beef farm in Maysville, Kentucky, and Jay remembers eating meals that always incorporated something from his parents’ garden. After attending culinary school, he opened restaurants in Chicago, Nashville, and Louisville. For Jay, there was always a strong interest in curing, especially when working as garde manger, a role that he says he took “other stations’ trash to come up with something really flavorful and tasty.” Eventually the restaurants closed, and Jay traveled to Italy to study curing with Massimo Spigarolli (perhaps the equivalent of a “ham king” in Italy). Upon returning to Louisville, he partnered with Nick Heckett and Chuck Talbot and created Woodlands Pork. Together they raise hogs in the Southern Appalachian forests of West Virginia, which Jay considers “the most diverse deciduous forest range in the world, producing the most amount of food for a pig.” Their next step is The Curehouse in Louisville, where they will process, age and facilitate all the meat from their Woodlands Pork product. For Jay, it’s a return to his roots of creating meals from the best ingredients resembling the food he grew up with on his family’s farm. 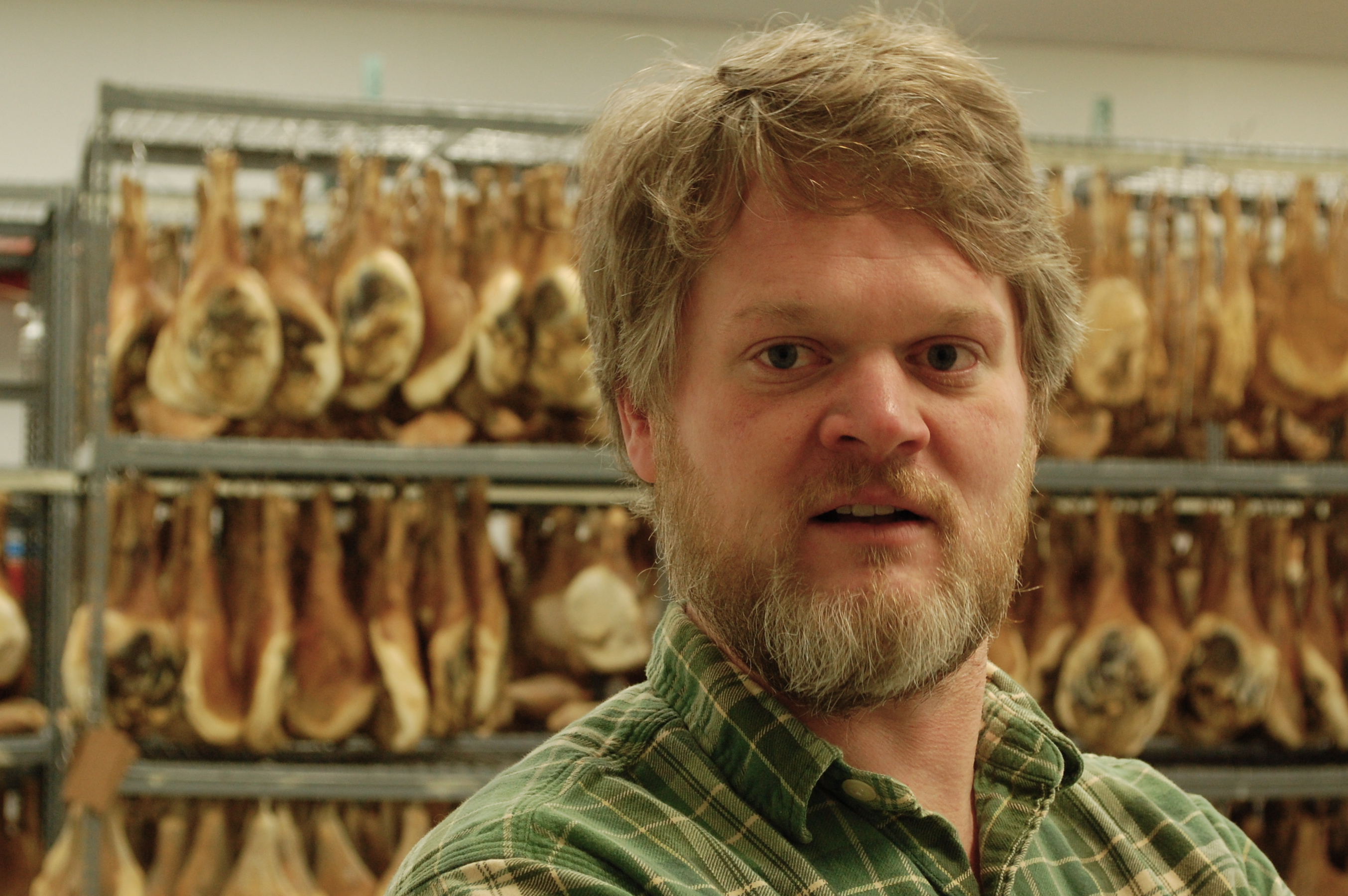 To taste something at the very end and it comes out well is very rewarding, because there’s lots of ways that it could go the other way. And there’s very few ways that it can go in the right way. Creating a really great, quality animal to begin with is key to the whole project. The pig is the most important part. ~ Jay Denham