Ron Turner is the twelfth generation of Turners in Fulks Run, Virginia. In 1949, Ron’s father, Garnett, opened Fulks Run Grocery in the Shenandoah Valley with his wife, Lena. They sold groceries, tires, boots, and rifles among many other things. Garnett was the first in the area to bring in shopping carts. As soon as he was able to hold a broom, Ron helped his parents by working in the store alongside his four older sisters. When customers began demanding country hams, Garnett cured an initial 25 hams using his grandfather’s recipe. They sold out immediately. Over the years the ham house has been expanded twice to accommodate demand. After twenty years in the ham business, Garnett sold the business to his brother, Miles. Ron graduated from college, moved to Washington, D.C. to work for commercial photographers, and returned to the valley with his wife, Peg. They bought the business from Miles and now cure between 6,000 to 8,000 hams. Along with the traditions he carries on, Ron started Fried Ham Fridays: each Friday customers can stop in Fulks Run Grocery and buy a fried ham sandwich that’s prepared, seasoned, and fried by Peg and Lena. 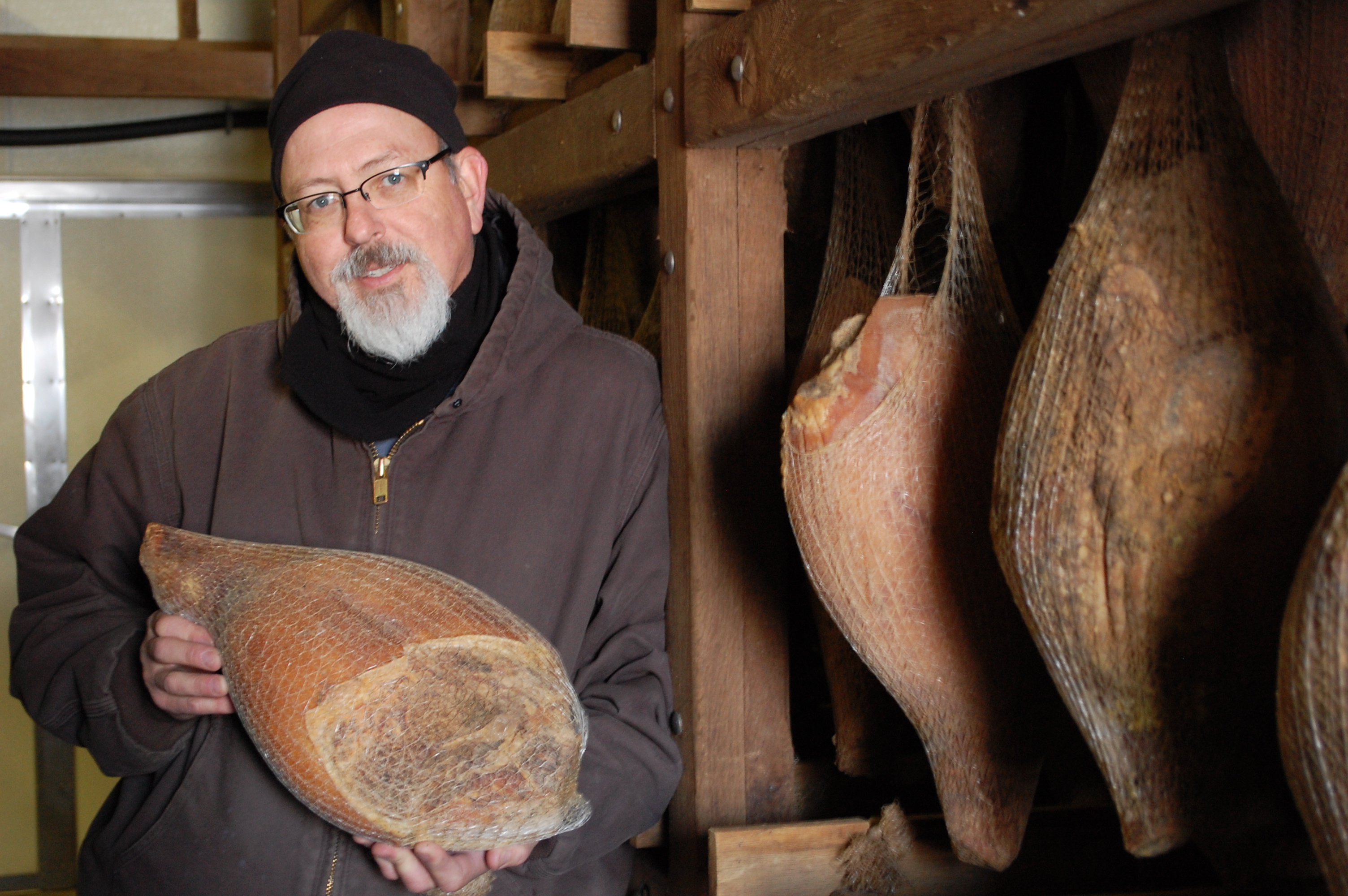 Once in a while we’ll get a ham and we call it 'Lena’s Ham' (Lena is my mom). Mom likes a particular style of ham and not every single ham is qualified to be a Lena Ham. That flavor is just incredible. It’s got its own texture and just sort of melts in your mouth. I will eat a lot of ham when I find one of those. ~ Ron Turner