It started on a ferry route running between Jamestown and Surry, Virginia in 1925. One of the stops was a newly restored tourist destination: Colonial Williamsburg. Sam Edwards I, the boat’s captain, began selling ham sandwiches to passengers using the same ham he learned to cure on his family’s farm. One year later he started his business and sold hams to country stores and restaurants. His son, Sam II, eventually took over and transitioned the curing process from ambient to temperature-controlled rooms, using observations and data from his father’s methods. He brought his then-teenage son, Sam III, to work simply because the business needed an extra body. After earning a business degree, Sam III aspired to work on Wall Street. Unfortunately it was the late 1970s, and the economy took a nosedive. His plan was to work for the family business for a short while until he could apply to graduate school, but he stayed on. He’s now the company’s president and curemaster, and has returned full-circle to some of his grandfather’s traditions, like feeding hogs Virginia peanuts. For almost ninety years, the family’s sense of sight, smell, and taste has maintained the consistent quality and flavor of an Edwards ham. 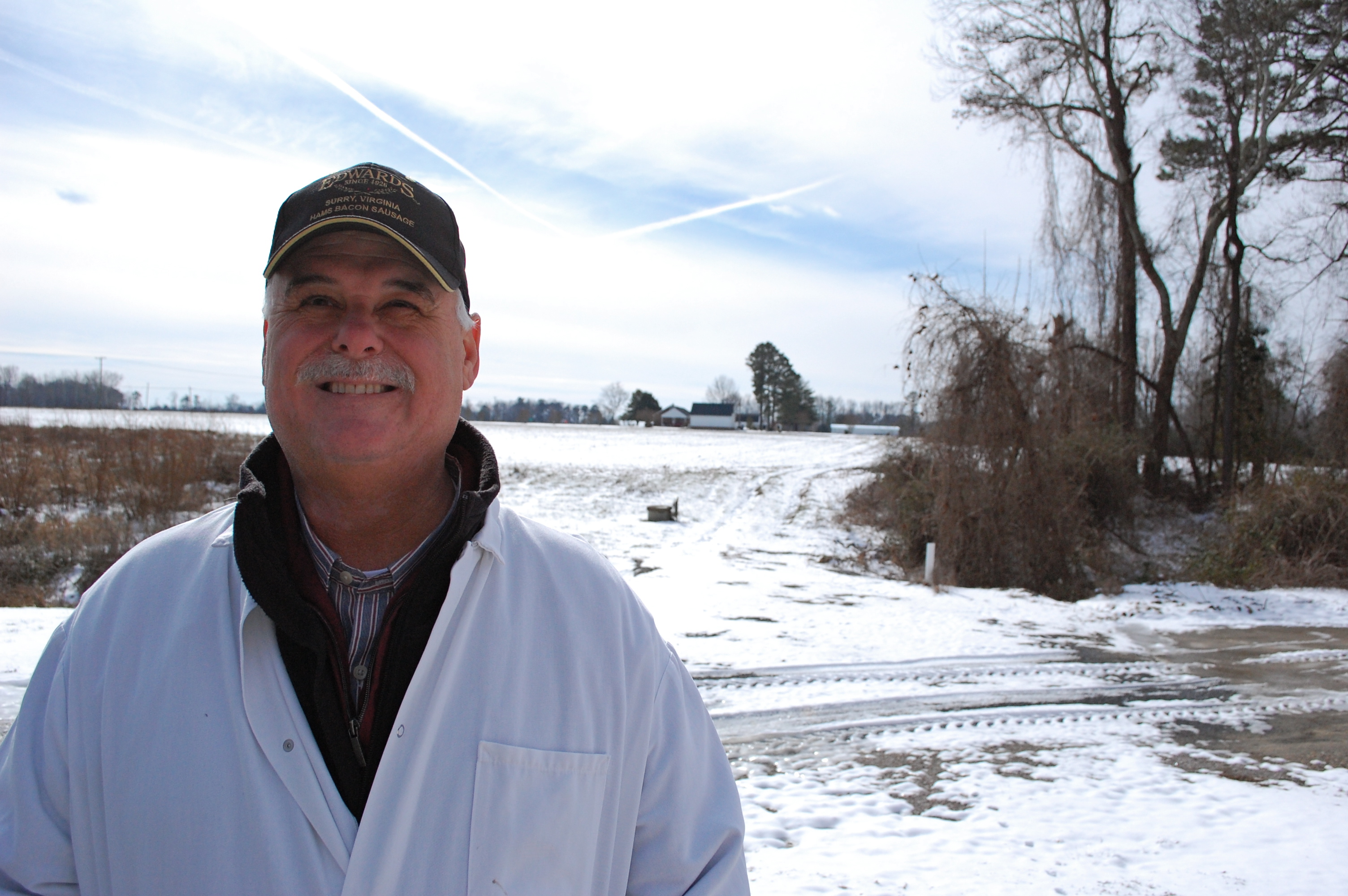 My grandfather – if he was in the smoke house picking out the ham – would put a blue crayon check mark on the hams that he picked ‘cause he knew. Every once in a while you’ll get one: you pick up the aroma, that ‘Wow that’s going to be a really good one.’ So if someone came in and said, ‘Look my daughter is getting married this weekend and I need one that’s really going to be great,’ he would go look for the blue check. ~ Sam Edwards III