Rufus Brown is the son of a Ham King. In 1967 – the same year Rufus was born – his father, Jesse, moved the family from Tazewell, Virginia to Smithfield, North Carolina. Jesse brought his Uncle Brett’s curing formula with him. After serving in World War II, Jesse trained as a master butcher and traveled around buying fresh hams for curers scattered around the South. Rufus says his father “never met a stranger.” One of the original owners of Johnston County Hams, Richard Edmonson, brought in Jesse and his expertise. One piece of Jesse’s legacy at Johnston County Hams was creating the equalization period, or the springtime element, of ambient curing. He also designed and built a wooden curing attic. Jesse passed away in 2001, but Rufus continues to use that attic to cure small batch specialty Heritage breeds like Mangalitas, Ossabaws, and Berkshires. Like his father, Rufus is the plant manger and curemaster. Today he balances his father’s legacy while adapting to a different era of curing, from stricter USDA regulations to the size of the modern-day hog – hogs Rufus says are much leaner than the ones from his father’s era. 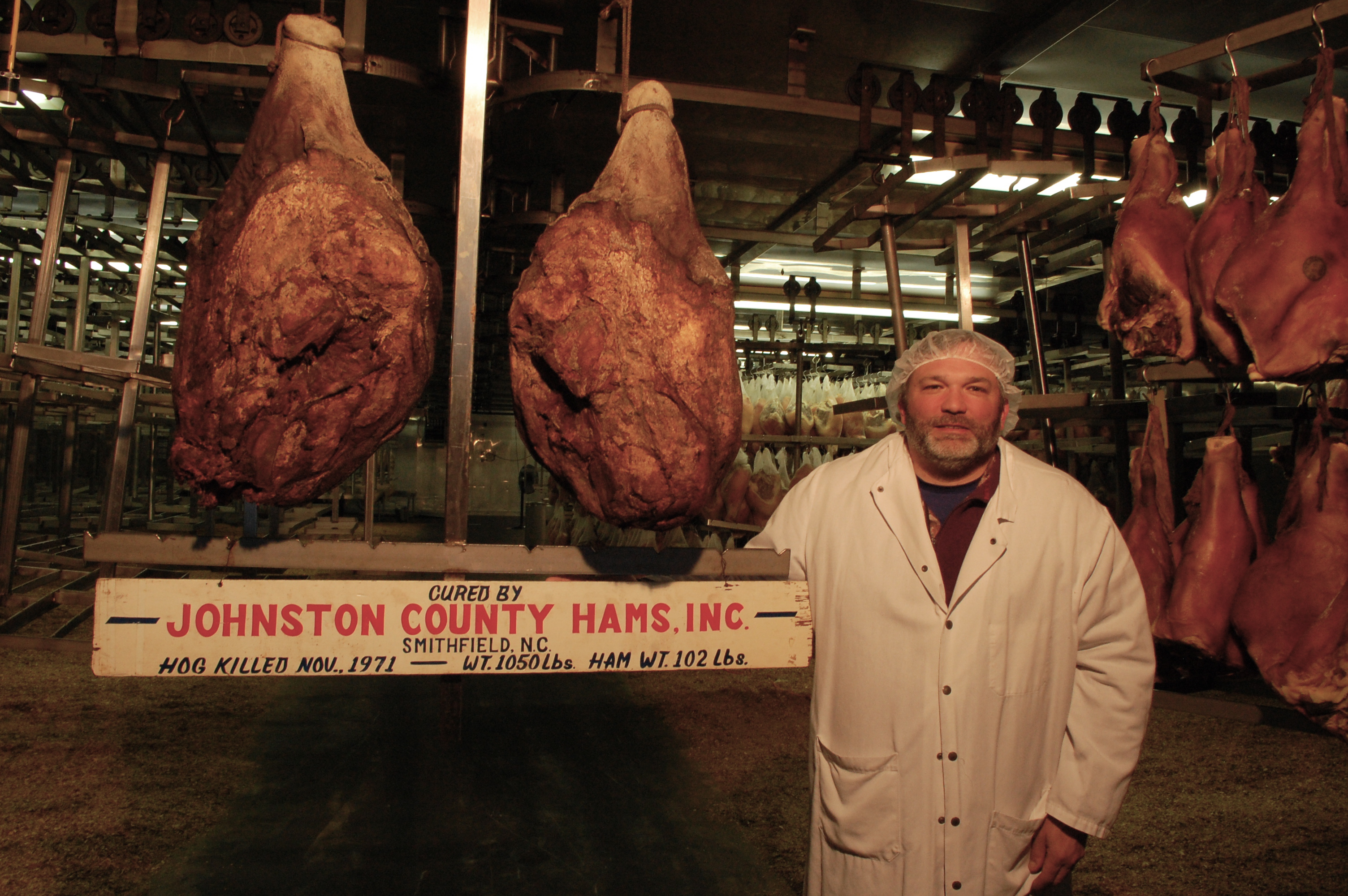 We’ve lost a lot of ham curers. They’ve gone out of business because of the market. You used to see it everywhere in the grocery stores, but now it’s shrunk up. You used to see whole country hams hanging up in the stores. . . now it’s become more of a kind of a specialty item. ~ Rufus Brown