When Sydney Meers was a child he stationed himself under the flour table in his grandparents’ restaurant, Johnson Café. From this post he watched his grandmother, Winnie Lee Johnson, cook. As the second youngest of six kids growing up in Senatobia, Mississippi, his family raised their own hogs. Once winter arrived, Sydney accompanied his father, Gordon, and grandfather, Alex, to pick out the pig. They cured hams with pepper and salt. The dry-cured meat hung in the attic of his parents’ house to age. In the late 1970s, Sydney left Senatobia to join the Air Force, and when he was finished he used the GI Bill to attend culinary school. He moved around the South and opened restaurants in Birmingham, Alabama and Tidewater Virginia, where he now runs Stove in Portsmouth. Across the street from Stove, in a little red shack next to his house, Sydney cures hams using his philosophy, “slow and low.” He rubs them with salt, coarse pepper, and brown sugar, ages them for 8 to 12 months, and finishes them with cold smoking. Though his hams are traditionally country ham, his calls them “Po-No city-cured hams” because they are cured within the limits of his neighborhood, Port Norfolk. 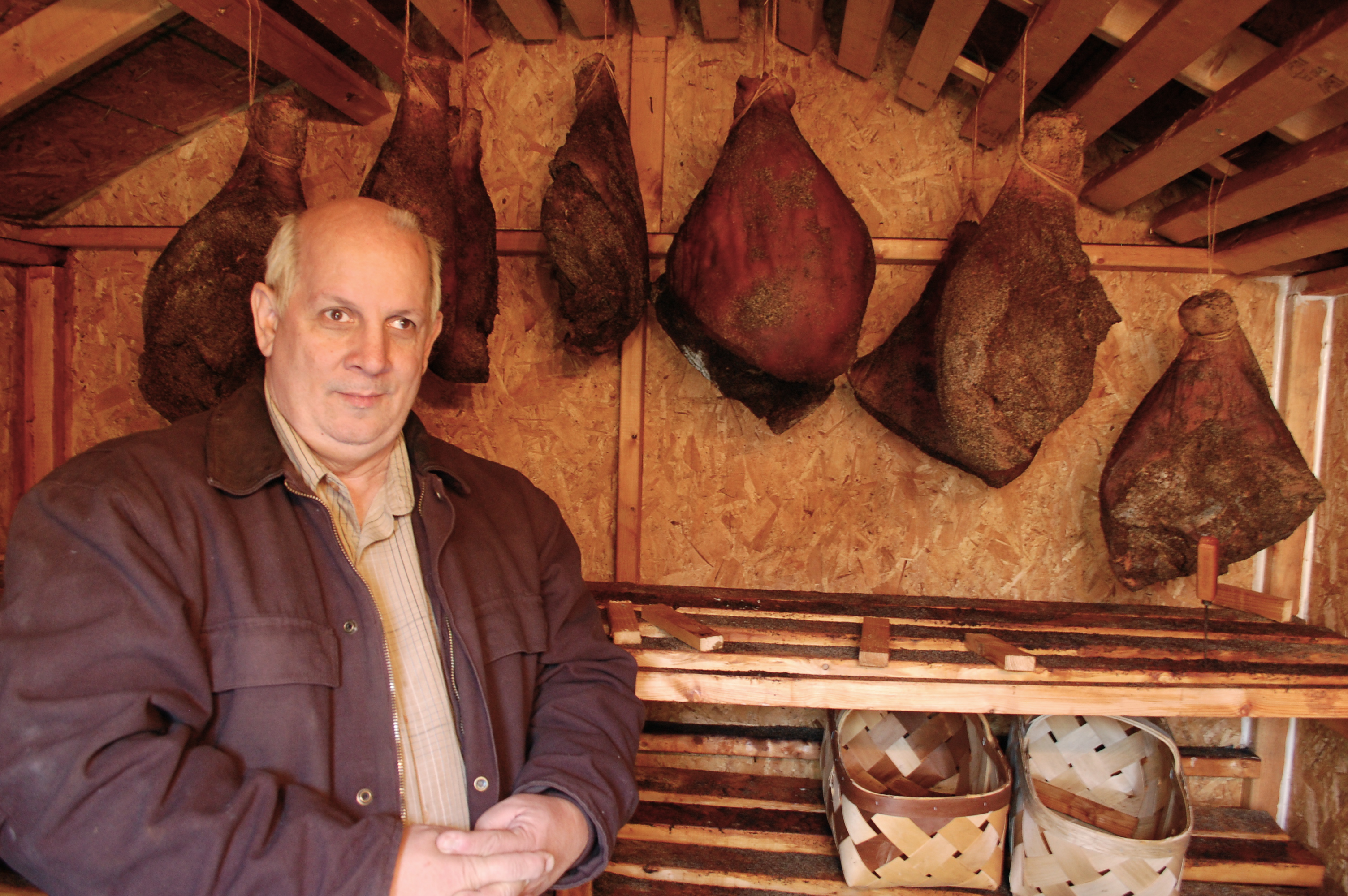 I do everything by touch, feel, smell, and taste. I will feel the hams, and I will know when they are ready to move onto a second salting. You know how grapevines, they will trim off most all of the blooms and leave only a few so that all the nutrients go to these few? Well, I kind of do the same with the salt. ~ Sydney Meers