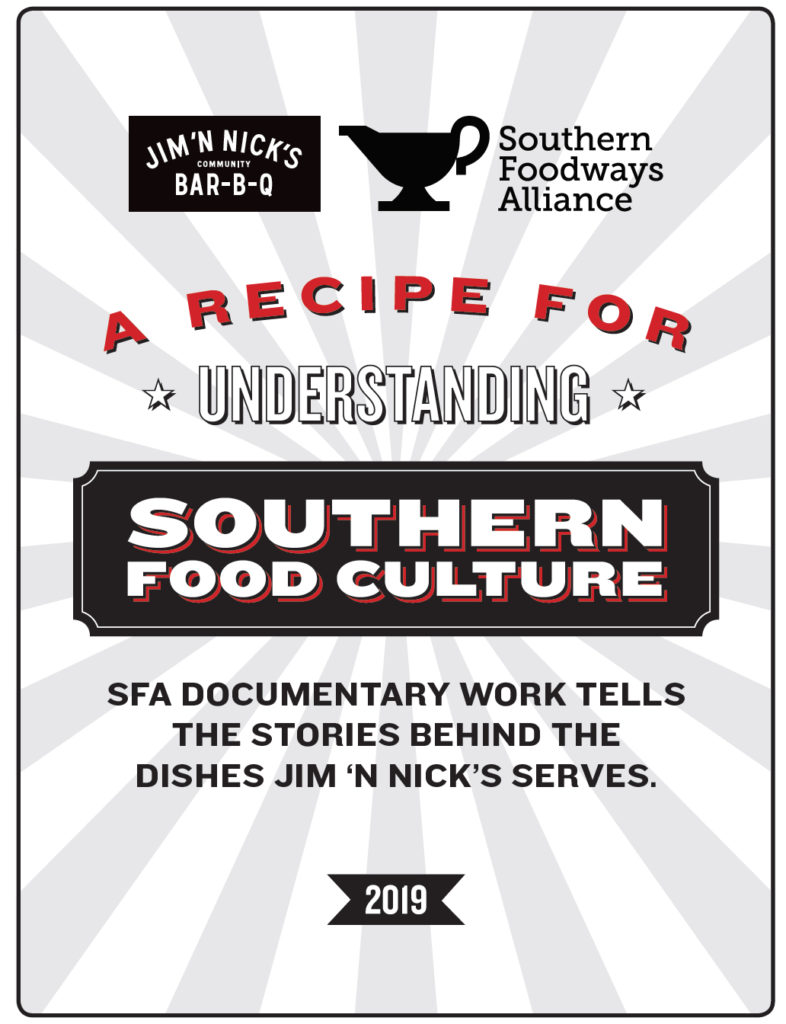 DEVILED EGGS Sample some of the best recipes from the 2004 SFA deviled egg celebration.

ONION RINGS Listen to a Gravy podcast episode all about the Vidalia onion. It’s not a myth: They really do have to be grown in Vidalia, Georgia.

QUESO DIP Yes, we also have a podcast episode about cheese dip. And a Gravy article about it.

BAR-B-Q QUESADILLA If you like barbecue quesadillas, then this film on Valentina’s Tex-Mex BBQ will be of interest.

SMOKED PORK HOT LINK Hot links are a specialty in Texas, especially at Patillo’s Bar-B-Q, the fourth-oldest barbecue restaurant in the state.

SMOKED RIBLETS Cozy Corner is known for its rib tips, but did you know they smoke Cornish hens, too?

CLASSIC GREEK SALAD  Greeks have been a dominant force in Birmingham markets and restaurants. To learn about their investments in the city, read this Gravy article and learn the stories of Greek restaurateurs via the SFA oral history project underwritten by Jim ‘N Nick’s in 2004. We also made a film on Tim Hontzas and his restaurant, Johnny’s, home of the Greek and Three.

COLE SLAW Whether it tops a North Carolina pulled pork sandwich or a West Virginia hot dog, cole slaw is a staple. There are slaw-abiding citizens across the South.

COLLARD GREENS Southerners love greens. They bring good luck on New Year’s Day and a taste of home the rest of the year.

BEEF BRISKET While the majority of the South is firmly in Camp Pork, Texas prefers beef.

HOT LINKS In Elgin, Texas, at Southside Barbecue, these sausages are known as hot guts. In Beaumont, Texas, at Patillo’s, people order grease balls. Both are delicious.

SMOKED HAM In some pockets of the South, pork shoulders are used for sausage making, and hams are for smoking. This is the case at Ridgewood Barbecue near the Bristol Motor Speedway.

BABY BACK RIBS Legend says Charlie Vergos popularized dry ribs at his Memphis restaurant, Rendezvous. SFA has explored ribs all over the city in our Memphis Barbecue Project.

FRIED CATFISH Did you know that nearly 95% of all catfish sold in the United States is farm-raised in the South? Ed Scott was a leader for African Americans in the industry.

MABLE’S HOMEMADE PIE There’s No Such Thing as Bad Pie. That’s not only a truth; it’s also a film. Of course, you’ll always have cake proponents, as this debate proves. 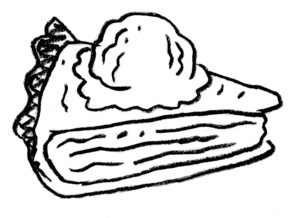 Want to learn more about barbecue? Watch these SFA films.

Ovens are for Pies McLard’s Barbecue in Hot Springs, Arkansas

Something Better than Barbecue Chuck’s Barbecue in Opelika, Alabama