Never “home cooking” (it is simply too much trouble), until the early twentieth century barbecue [in North Carolina] was largely reserved for special occasions like harvests, fundraisers, and political rallies.

Chip Stamey, a third-generation owner of Stamey’s Barbecue in Greensboro, North Carolina, is the grandson of famed…

Preservation. It’s on the menu at Clyde Cooper’s Barbecue in downtown Raleigh. Preservation, along with chopped,…

When George Washington “went in to Alexandria to a Barbecue and stayed all Night,” as he wrote in his diary for May 27, 1769, he won eight shillings playing cards and probably ate meat from a whole hog, cooked for hours over hardwood coals, then chopped or “pulled.”  By the early nineteenth century at the latest, a sauce of vinegar and cayenne pepper (originally West Indian) was being sprinkled on the finished product.  This style of barbecue can be found to this day in eastern North Carolina and the adjoining regions of South Carolina and Virginia, much unchanged.

From this matrix barbecue spread to the rest of the South, and beyond, but it was transformed in the process.  In the Carolinas west of the fall-line it was taken up by pork-loving Scotch-Irish and Germans, and the influence of the latter is seen in the preference for pork shoulders (Schäufele is the name of this common German dish), sometimes served sliced as well as chopped, and the invariable side-dish or topping of coleslaw (which has now spread back to the east).  West of Raleigh the simple vinegar-and-pepper sauces of the east usually get an infusion of tomato catsup, and often one or more of an idiosyncratic variety of “secret ingredients” as well, but piedmont sauces are still thinner and more vinegary than what is found in states to the south and west or, for that matter, in grocery stores.  (Although eastern and piedmont North Carolinians agree that the mustard-based sauce of central South Carolina — the German influence again — is an abomination, traces of mustard can sometimes be found in the piedmont.)

In both east and piedmont, sauced barbecue with slaw on top can almost always be obtained as a sandwich on a hamburger bun.  If ordered as a tray or plate, however, barbecue is usually served these days with hushpuppies (elsewhere usually only found with fried fish), although some old-fashioned places still offer at least the alternative of cornpone (in the east) or white bread or rolls (in the piedmont).  There are also east-west differences in side dishes:  Brunswick stew and/or boiled potatoes, for example, are more often found in the east.

Barbecue is now high on the extensive list of cultural markers dividing the coastal plain from the piedmont.  The upcountry tradition lacks the antiquity of George Washington’s version, but it too has a presidential imprimatur:  the Reagan administration engaged the catering services of Wayne Monk of Lexington for the 1983 Economic Summit in Williamsburg.

Never “home cooking” (it is simply too much trouble), until the early twentieth century barbecue was largely reserved for special occasions like harvests, fundraisers, and political rallies. It still serves these functions, but after the First World War a number of men who had been cooking for such events began to sell their barbecue from tents and stands in places like courthouse squares and outside tobacco auctions.  Soon the automobile made possible the specialized, sit-down barbecue restaurant (North Carolina’s first – Bob Melton’s in Rocky Mount – opened in 1924), and by mid-century, scores of unpretentious eating places offered  their communities’ version of barbecue when desired, or at least on weekends.  Although most establishments were white-owned, in eastern North Carolina most of the cooking was still done by African-Americans, and a handful of blacks opened their own places.  The appetite for good barbecue transcended the color line, however, as blacks and whites ate take-out from each other’s restaurants.

In retrospect, it seems that this marked the high point of North Carolina barbecue culture.  Newcomers to the state continue to contribute to the barbecultural mix – in Carrboro, for example, the Don Jose Tienda advertises “Barbacoa y Carnitas / BBQ” for its growing Mexican clientele; outposts of the late Lee Atwater’s Red, Hot and Blue chain serve Memphis-style dry-rubbed ribs; a Durham place called the Q-Shack smokes Texas-style beef brisket and sausage; and The Barbecue Joint in Chapel Hill serves a post-modern “Redneck Reuben” (cedar-smoked pastrami on grilled Jewish rye) – but the classic North Carolina wood-cooked-barbecue joint has become an endangered species.  As proprietors willing to rise at 3:00 a.m. to split hickory logs have retired, or simply tired, more and more have turned to cooking with gas or electricity, or closed.  The recent efflorescence of weekend barbecue competitions does mean that more people are cooking their own barbecue now than ever before, but competitions often follow Kansas City or Memphis conventions that involve ribs and thick-ish sauces rather than North Carolina’s indigenous barbecue.

As the great Victorian jurist Sir James Fitzjames Stephen wrote, “The waters are out and no human force can turn them back,” but he added that “I do not see why as we go with the stream we need sing Hallelujah to the river god.”  We feel that way about barbecue, and hope that an educated and discerning clientele can be found to patronize those places that preserve the old ways.

John Shelton Reed is a retired sociologist and a member of the SFA, the Fellowship of Southern Writers, and the North Carolina Barbecue Society. You can find more of his work here.

This introduction was adapted from Holy Smoke: The Tar Heel Barbecue Tradition, by John Shelton Reed, Dale Volberg Reed, and Will McKinney to be published by the University of North Carolina Press, forthcoming 2008. Used with permission. 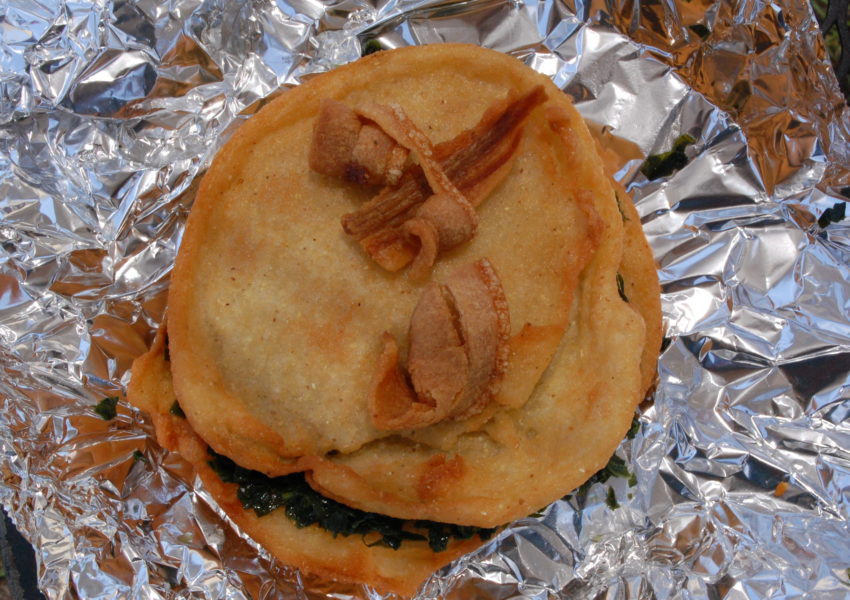 Lumbee Indians of NC: Work and Cook and Eat

Despite outsider attempts to push labels and identities, Lumbee Indians have endured shifting challenges to their…

Like everything in South Carolina, we cook barbeque cantankerously. We smoke our meat with hundreds of opinions and…