With her father in the Navy, Tanya Cauthen and her family moved every couple years, all over the world. But many of her childhood summers were spent on her grandparent’s 200-acre farm in Alachua, Florida, where Tanya felt a natural affinity toward the livestock and landscape. In the early 1980s, her family settled in Virginia when her father went to work at the Pentagon. Tanya moved to Charlottesville to attend the University of Virginia, where she studied aerospace engineering and worked as a line cook for beer money. Later, she attended the American Culinary Federation apprenticeship program, finished the 3-year program a year early, and left for Switzerland to work as a journeywoman (a term for a person who’s completed culinary training and has some knowledge, but still has much to learn).  She returned to Virginia, this time to Richmond, to be near her sister, Karen Cauthen Miller. Tanya worked as a chef at The Red Oak and the Frog and the Redneck before starting her own catering company, Capers Catering, with Karen. She grew frustrated because she couldn’t get quality cuts of meat. The problem: Richmond didn’t have a professional butcher. Tanya knocked out a business plan overnight. Nine weeks later, in 2006, she opened the doors of Belmont Butchery. The focus of the butchery is organic and humanely raised meat. Tanya connects her customers to small family farms and teaches them the value of understanding where food comes from and how it should really taste. 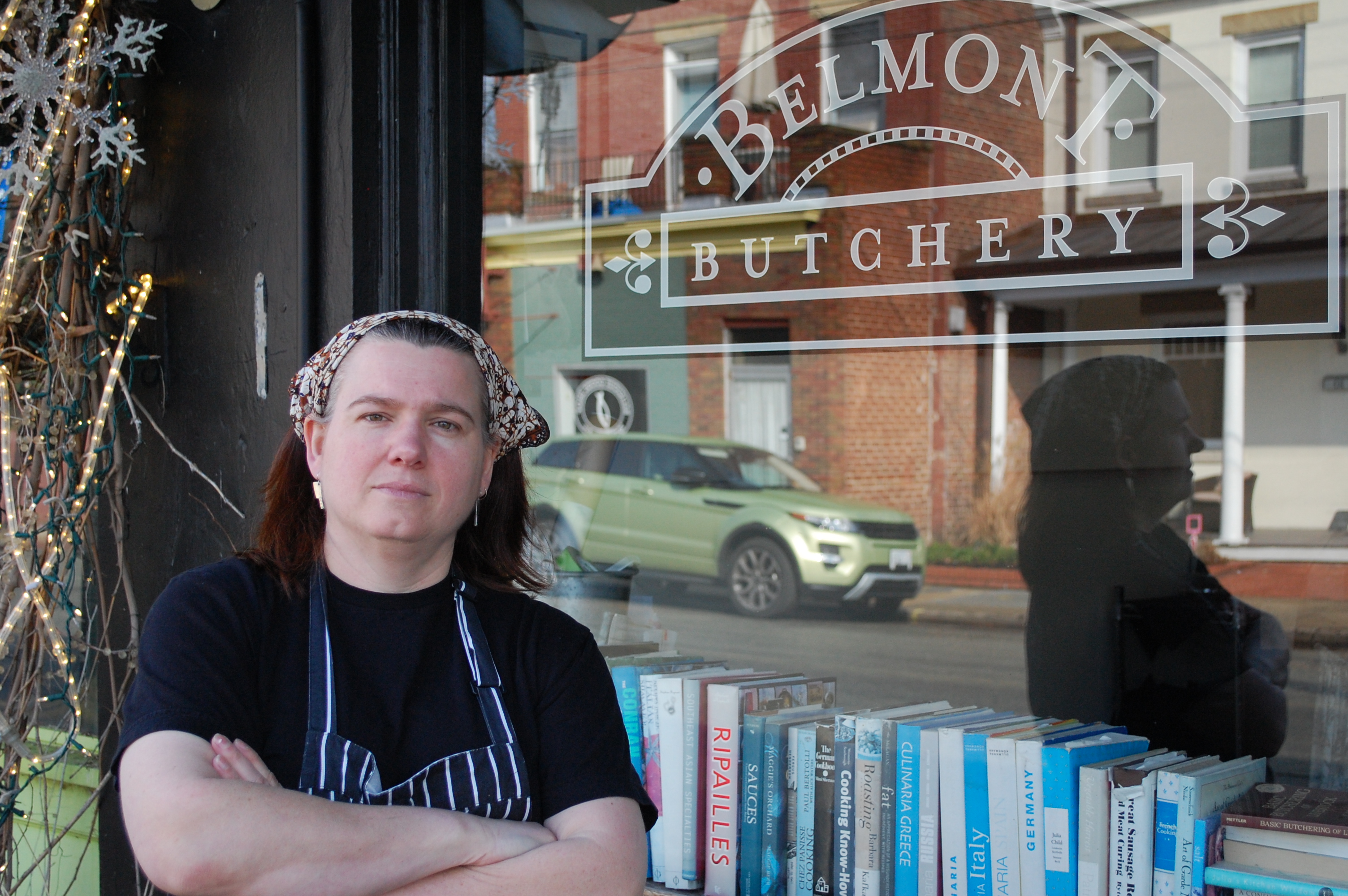 "I had been cooking for fifteen years, and I just wanted to open a butcher shop. So I figured if Julia [Child] could become a culinary icon, I could open a little butcher shop. And it kind of just gave me that extra little oomph that I needed to kind of say, you know, 'You can do this." - Tanya Cauthen