Mitchell Moore never thought he’d dedicate his life to baking tea cakes. When he purchased the iconic Campbell’s Bakery in early 2011, Mitchell regarded Jackson’s favorite cookie with a bit of skepticism, maybe even a slight disdain. The decades-old bakery had built its reputation on these icing-topped, shortbread-like cookies, but Mitchell was a restaurant pastry chef, with a thriving cheesecake wholesaling-business on the side. Tea cakes?

But Mississippians had been coming for Louis Campbell’s original tea cakes since 1962. They kept coming when Mr. Campbell passed away, kept coming for the tea cakes through a succession of owners, kept stockpiling cakes when the surrounding Fondren neighborhood fell upon hard times in the 1980s and 90s. Mitchell has since fallen in love with Louis Campbell’s tea cake. And the generations of old and new Campbell’s patrons have fallen for the bakery’s new owner. These days, sales of the tea cakes hover around 1,000 per week.

In March 2014, in response to the passage of SB 2681, the controversial “Religious Freedom Restoration Act” that many Mississippians are calling the new Jim Crow, Mitchell launched a non-discrimination campaign called “If You’re Buying, We’re Selling” campaign. The initiative has received national support, ensuring tea cakes for everyone. 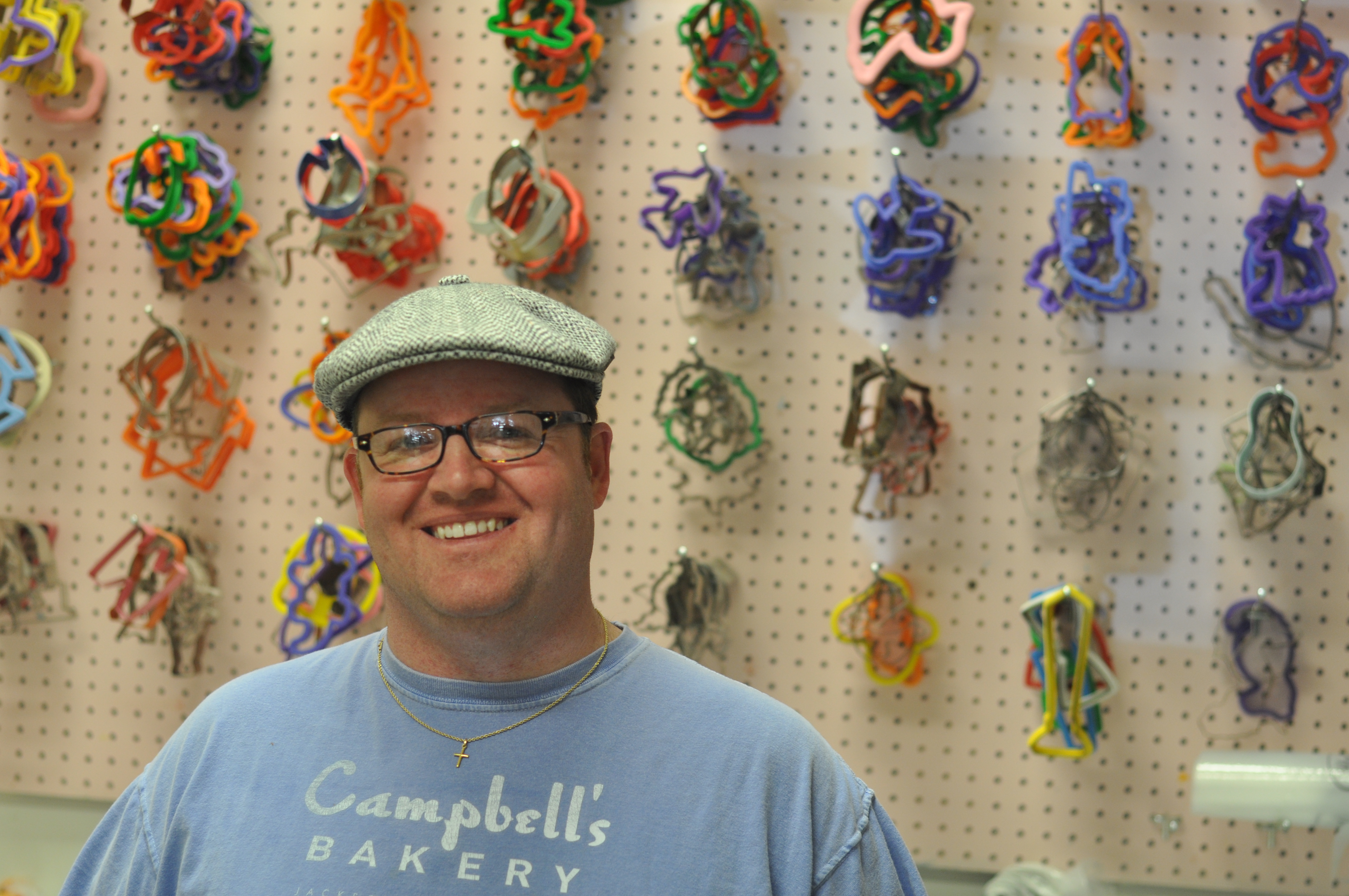 We are here to bring back traditions. And then if you’re a part of this community and you share in that tradition with other people, that now has brought that community a little bit closer together. ~Mitchell Moore