Greek-born George Sarris arrived in Birmingham on March 31, 1969, with his mother and a sister. The next day they were washing dishes for uncles who owned meat-and-three restaurants. But the family saved enough to quickly send for Sarris’ father and siblings in Tsitalia, Greece. Most went on to own Birmingham restaurants.

In 1983 Sarris took over an uncle’s seafood market and built it into today’s 400-seat Fish Market restaurant. Among Birmingham’s most beloved businessmen, Sarris also owns importing and catering businesses. His adult children, Dorothy and Dino, work with him.

The restaurant offers a diverse array of seafood, far beyond what swims in the nearby Gulf of Mexico. Look for fried and grilled fin- and shell-fish, regional dishes and baked seafood. “It’s Southern, but I ‘Greek it up,’” Sarris says about his recipes and the Greek olive oil, herbs and cooking techniques he uses.

Sarris is kin by blood or marriage to many of the city’s most prominent restaurant families. He estimates some 80 percent of Greek families in Birmingham hail from a half-dozen tiny villages 100 miles east of Sparta, including Tsitalia. The first relative from Sarris’ mountain village came in the 1880s. 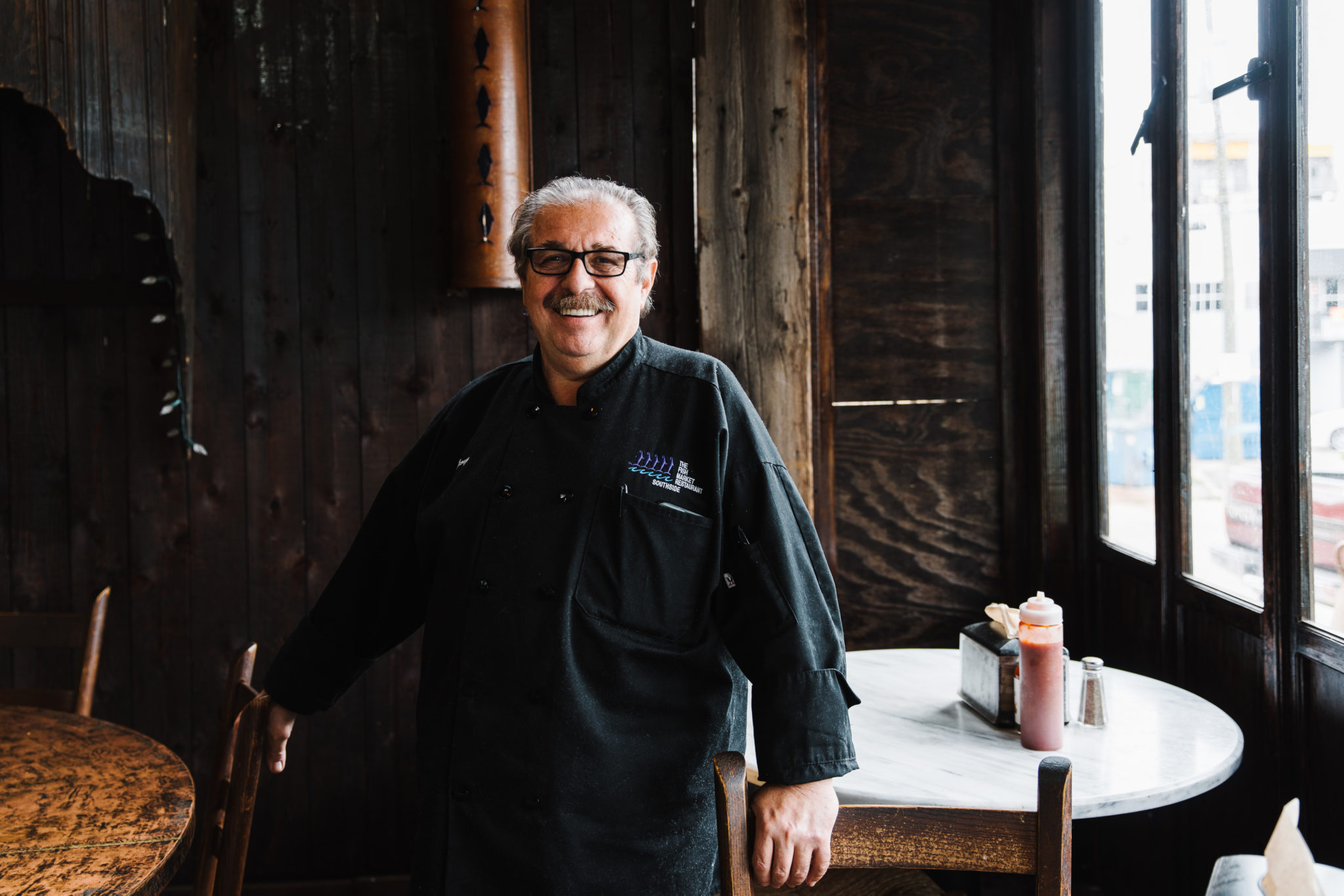 The only thing I always ha[d] a hard time [with in] southern cooking, one product: corn. We never use corn in our cooking, at least in—where I come from. And we always thought corn, it was for the animals only. And I [didn’t] eat cornbread for the last fifteen—the first fifteen years I was in the United States. And actually, I like it. ~ George Sarris interviewed by Amy C. Evans

“Yeah, I mean, (until) a few months ago, because a couple people left, we have nine language. They speak nine language. It was Turkish. Actually, we have two Turkish people. From Ukraine, French, Vietnam, China, of course Spanish, Greek, English. We have people who speak few dialects from Swahili, Senegal, Gabon—they speak French. We have Italian, and then he move, he got another job. The guy from Turkey got another job. … And sometimes you hear a choice word. I mean, of course you always learn a few bad words of each language, you know.” ~ George Sarris on the diversity of the staff at his restaurant, Fish Market Southside in Birmingham.