Greg Pappas has a full perspective on the culinary impact of Birmingham’s Greeks. His father, Ernest, arrived from Kastoria, Greece, in the 1920s. After serving in the U.S. Army in World War II, earning a Purple Heart, he spent his career at a Birmingham bakery that supplied the city’s numerous Greek-owned restaurants and hot dog stands. The Pappas family dined at Gold Nugget and Gulas Restaurant, both owned by Greeks.

In 1966 at age eighteen, Greg Pappas started working for Pete Graphos in the first location of what became the Sneaky Pete’s hot dog franchise. Pappas owned one from 1974 to 1986. Pappas and Graphos introduced gyro sandwiches to Birmingham in the mid-1970s at their respective Sneaky Pete’s. Pappas’ mother, Blanche, was chair of their church’s Greek Festival that year. She agreed to add Greg’s gyros with homemade tzatziki sauce to the fundraiser’s menu. He still makes tzatziki for the festival. After losing his lease, Pappas closed his Sneaky Pete’s and worked for longtime Greek restaurateur Connie Kanakis. In 1992, Greg and his wife, Pat, opened Pappas’ Grill. In a city with a century-plus history of Greek-owned restaurants, Pappas’ Grill is one of the few touting Greek cuisine as its specialty. 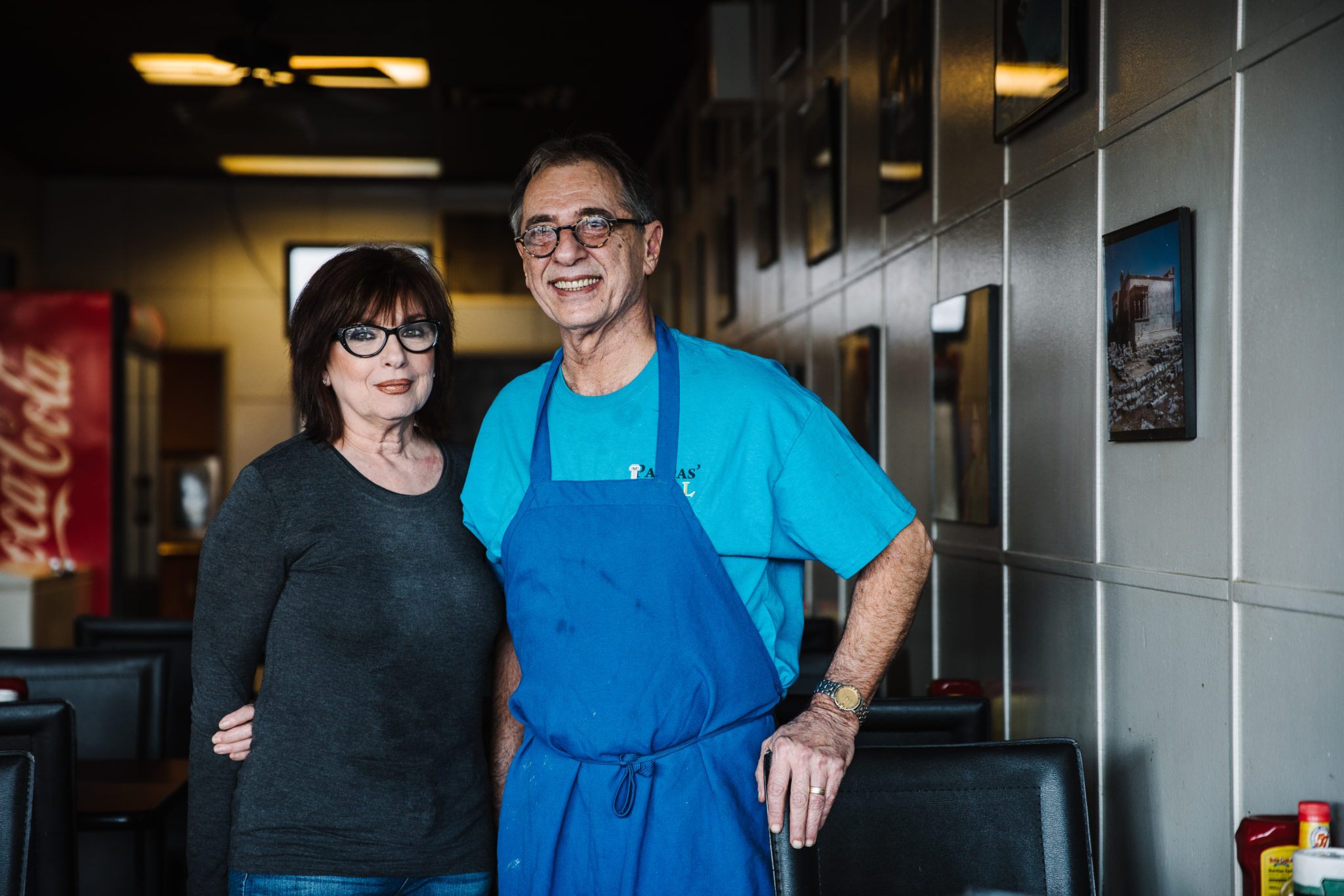 I’ve taken a stand. I try to keep everything Greek or with a Greek flair. To my knowledge, I think I’m the only one in Birmingham that serves a variety of Greek food on a daily basis. ~ Greg Pappas