Andrew Collins’s father, John, was sixteen when he moved to Birmingham from the Greek village of Peleta in 1917. The family name is Kalogiannis, but John changed his surname soon after going to work for his Greek immigrant uncles at their Birmingham candy factory. John opened the State House restaurant in Birmingham in 1935. In 1950 he bought and later expanded a Florida motel that was popular for Greek family reunions. He is best known in Birmingham for Lyric Hot Dogs, which opened in 1957. Andrew started working there at thirteen, joined full time at twenty-two, and officially took over after his father retired in the 1980s.

After fifty-six years at one location, the stand was forced out as part of renovations to the Lyric Theater, a century-old vaudeville house. Rather than relocate, Collins closed it in 2013. He opened The Collins Bar a few months prior to the Lyric’s closing. Considered the city’s premier cocktail bar, it has no drink menu. Bartenders create drinks after quizzing customers for their preferences. In 2017, Collins added Lyric hot dogs to the bar’s food menu. 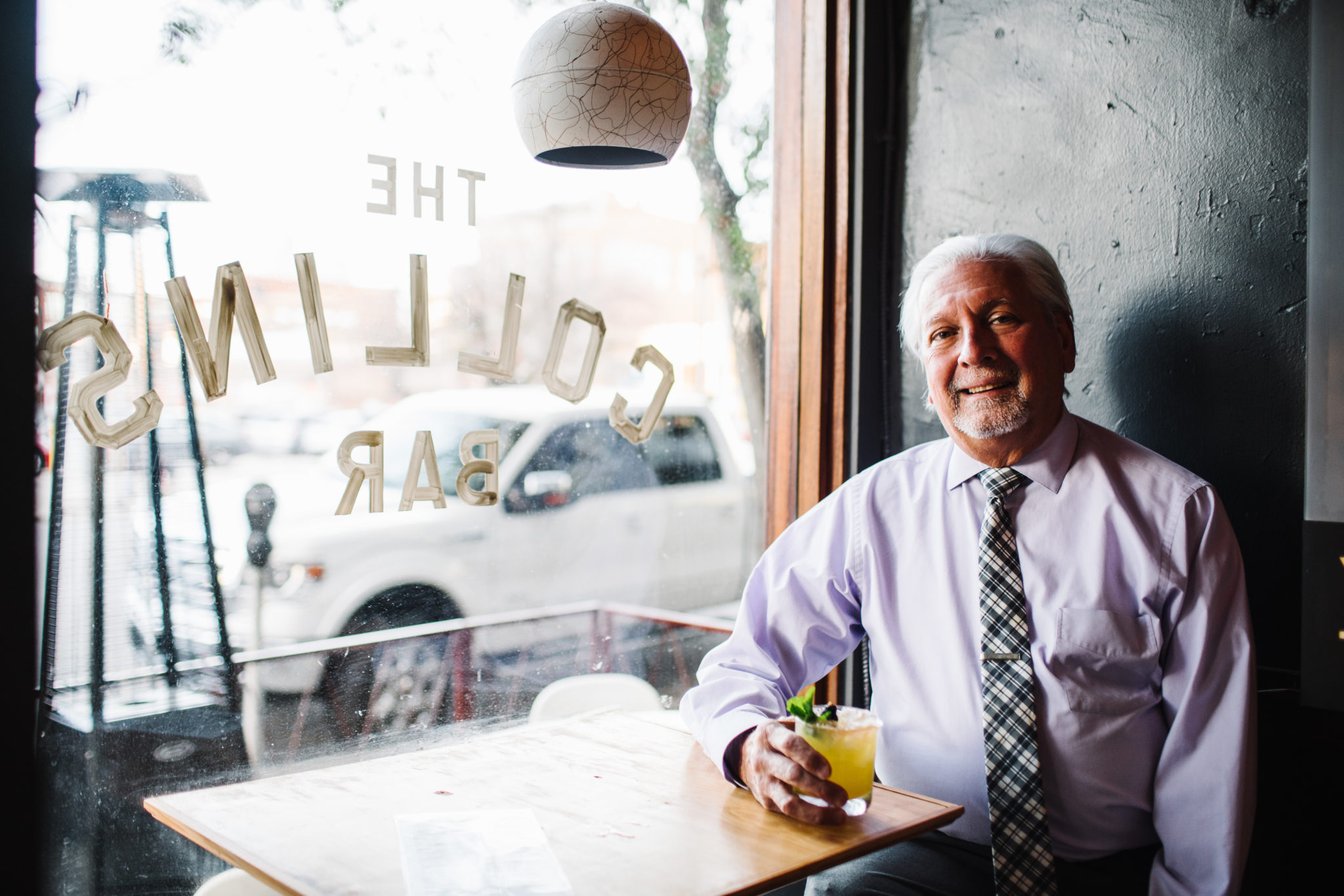 When my dad came over [to the United States], he stayed with his uncles. When he was sixteen years old they took him to open a bank account. When they asked him his name [Kalogannis], he told the banker, and he said, 'Is it in English?' And my dad didn’t know so his uncle said, 'Just put Collins down there.' ~ Andrew Collins