Sam Nakos was eight when he worked his first shift at Demetri’s BBQ, his father’s restaurant in suburban Homewood in 1967. Sam worked weekends and summers through school, partnered with his dad at age twenty and took over a decade later. Demetri Nakos, born on the Greek island of Corfu in 1922, was a Freedom Fighter during World War II. Pretending to fish in the Ionian Sea he would radio Allied plans after spotting German ships. Demetri came to Birmingham in 1950 to work for his Corfu-born uncle, Sam Nakos, a successful beer distributor. Demetri, who died in 2002, named his middle son for Uncle Sam.

In the 1950s Demetri ran Oakland BBQ , which stayed open late serving more beer than barbecue. Demetri and a partner opened El Rancho in 1961 with breakfast and barbecue. Off-duty Homewood firemen, frequent customers, constructed a building and pit and he opened Demetri’s in 1973. After breaking up too many drunken fights at Oakland, he never sold alcohol at Demetri’s. Demetri and Helen Nakos had three sons but only Sam showed interest in the restaurant. Sam came to work at Demetri’s in 1980. He modernized Demetri’s menu. 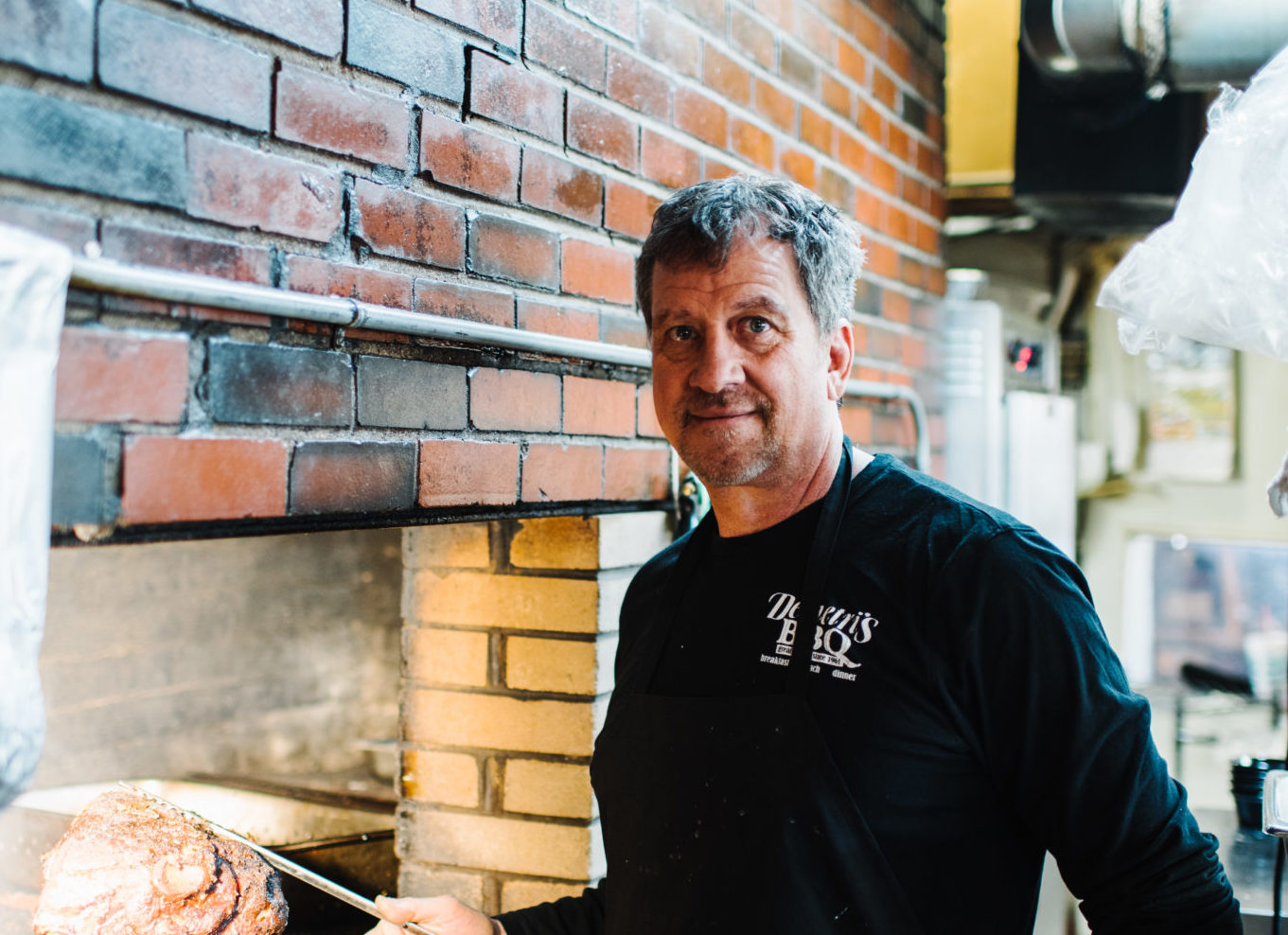 Man, could he [Sam's father, Demetri] cook. Best lamb. He started cooking lamb outside of the Greek church with a couple of Greeks, on a spit across the street, and next thing you know there’s a Greek food festival going on. ~ Sam Nakos