As a youth in the 1940s and 1950s, Pete Graphos was fascinated by the Greek-owned hot dog stands that seemed to dot every block in Birmingham’s bustling downtown. He knew all the proprietors through the Greek Orthodox church. His Greek-born father, Ted Graphos, and younger brother Jimmy Graphos also worked awhile at Lyric Hot Dog, owned by a Greek-born in-law, John Collins.

After serving in the Navy, Graphos began scouting outside the downtown area for his own hot dog shop. He opened Sneaky Pete’s in 1966 near the University of Alabama at Birmingham campus on the city’s Southside. It was an instant hit. Within a year, Graphos repaid the $3,500 his father had staked him.

“Sneaky” was a nickname friends gave Graphos, who loved wearing beat-up sneakers with no socks.

Sneaky Pete’s Hot Dogs became a family affair. Sam Graphos, Jimmy’s twin, had a store. Jimmy left the Lyric to open another Sneaky Pete’s. Before Pete sold the franchise in 1986, it had grown to 24 stores and was selling its bottled hot dog sauce in groceries.

Graphos is now a Realtor. But each October, “Sneaky” Pete wheels out his personal hot dog cart to host a community “Hallo-weenie” party. 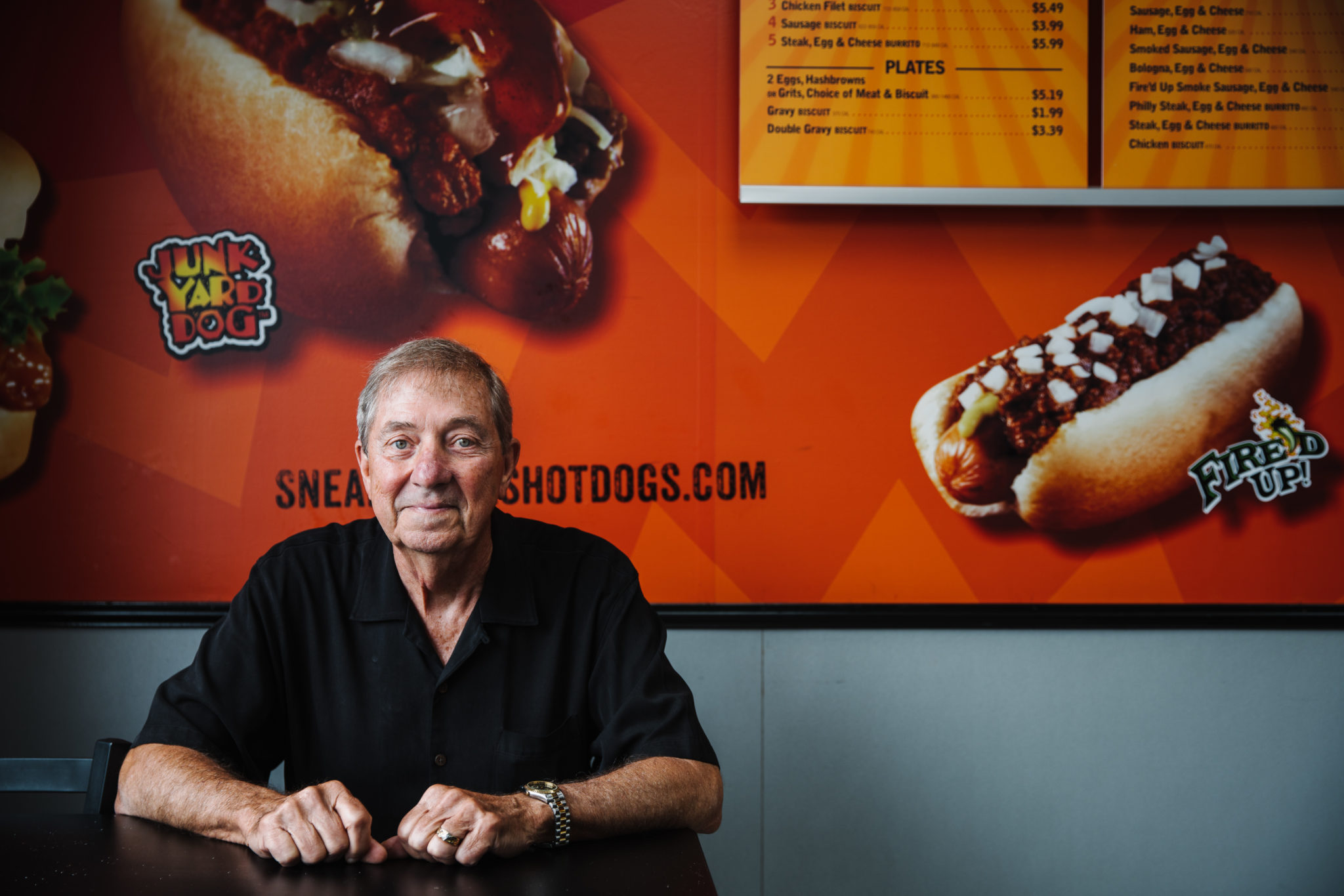 “You have to have yogurt to make it. And I remember my mother would say, “I’m going to make some yogurt today, but I don’t have the yiaoupti.” We called it yiaoupti. She’d give me a cup, she’d say, “Go across the street to Mrs. Koutroulakis and go get me some yogurt.” So I’d walk over there, just walk right in the house, and she’d put yogurt, and I’d take it back, and my mother would make a big pot of yogurt.” ~ Pete Graphos