Born outside Tripolis in southern Greece during World War II, George Nasiakos had a tough start. Italy’s invasion attempt began five days before his birth. The subsequent German occupation lasted until he was 4, and years of civil war followed. His brothers and father relocated to Chicago in the 1960s, and Nasiakos joined in 1974. He returned home only once, as his mother was dying in 1990.

Nasiakos had a friend in Chicago whose brother owned restaurants in Birmingham. The brother, Aleck Choraitis, recruited Nasiakos to take over Gus’s Hot Dogs downtown, which another Greek immigrant had opened in 1947. Nasiakos had never cooked in a restaurant when he bought Gus’s in 1995, but he learned quickly. He worked 14-hour days and six-day weeks – closing only five days a year including Ascension Day – until his “retirement” on Mar. 31, 2017. Interviewed on April 21, 2017, Nasiakos scaled back to seven-hour days.

Nasiakos vividly contrasts life in rural Greece, the Greek neighborhoods of Chicago and downtown Birmingham. In retirement, he eventually plans to visit siblings in Chicago and spend his final days with family in Greece. 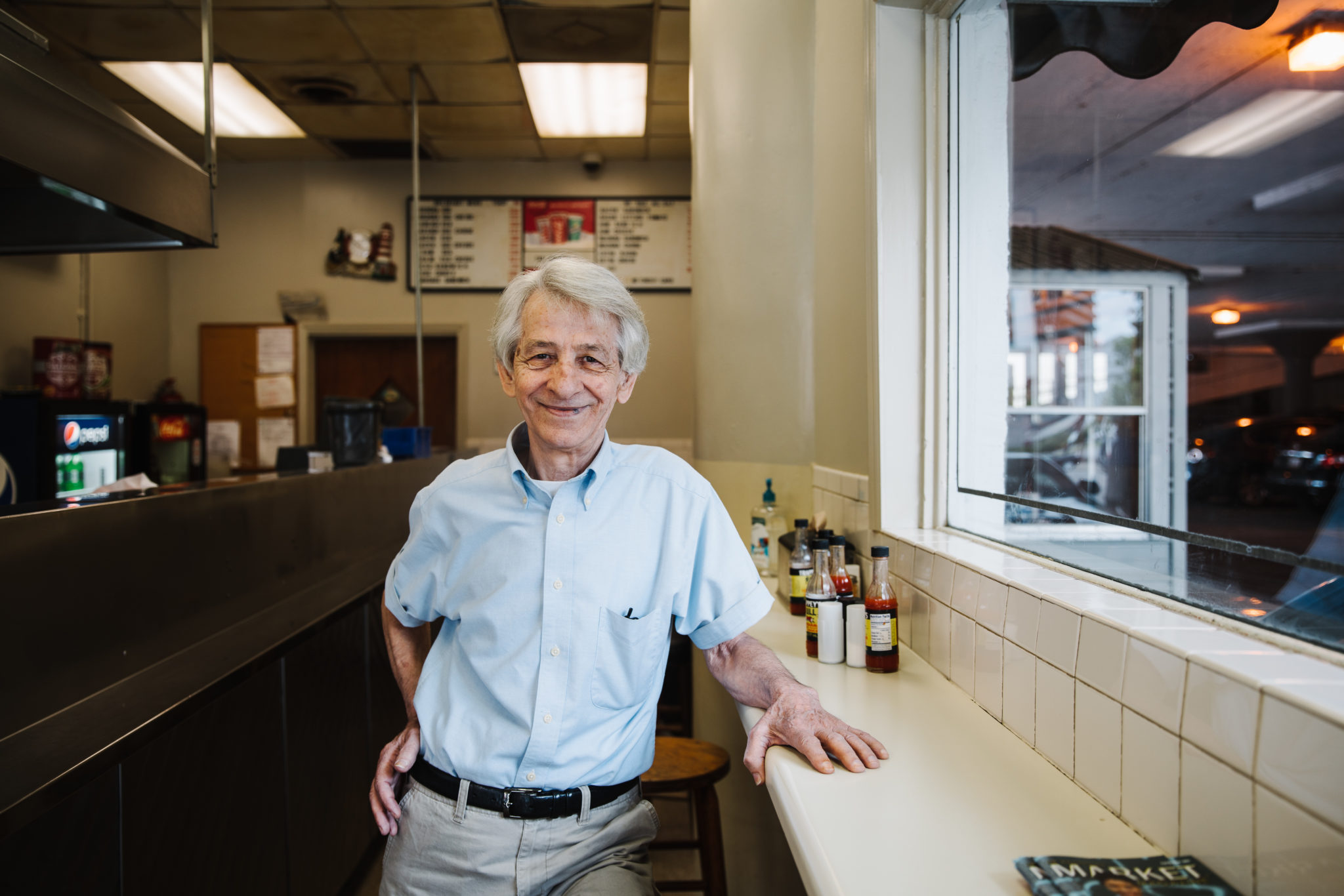 In Chicago they have different style [of hot dog]. They put [them] in the water,[and] they put mustard, onions, tomatoes and pickles and, uh, relish. Stuff like that. And, uh, in the southern—the southern states like here, we have different. But here is better because they cook with a grill, you know? ~ George Nasiakos, Interviewed by Amy C. Evans

So America helped us a lot. I remember the school, when I went in the grammar school, they served milk, sugar, flour, a lot of things. I remember that. In the summer, shoes, you know. And they help the people because a lot of people, they die from without food, you know. And after that, America opened the door and they came a lot of families. Not really the families. The men first. You know what I mean? So they work and they make the [immigration sponsorship] paper and bring families, and after that, they start to come, immigrants here, you know, legal. So now in America I think is over 2 million people, Greek people – New York, Los Angeles, Detroit, here, all over the United States. ~ George Nasiakos, Interviewed by Eric Velasco