Born in Veria, Greece, before moving to Birmingham as an infant, George Sissa bought Niki’s Downtown in 1988. Niki’s was opened in 1951 by the Hontzas family, branches of which still run Niki’s West and Smoke House restaurants in Birmingham, and Johnny’s Restaurant in suburban Homewood.

Sissa started in restaurants in 1959 at the age of eight, working Saturdays and summers at his father’s Plant Café in west Birmingham. Nearly six decades later, Sissa arrives at Niki’s at 4:30 a.m. each weekday to cook some thirty vegetables, the beef and the pork for lunch service. Many dishes are based on recipes from his dad, Nicholas Sissa. Sissa gets his work ethic from his father, who fought for the United States in World War I.  At age ninety-five, the elder Sissa tried to retire from restaurants, but returned to work within months. George Sissa, in turn, passed on the values of hard work and self-reliance to his own children. In March of 2019, Sissa closed Niki’s Restaurant. 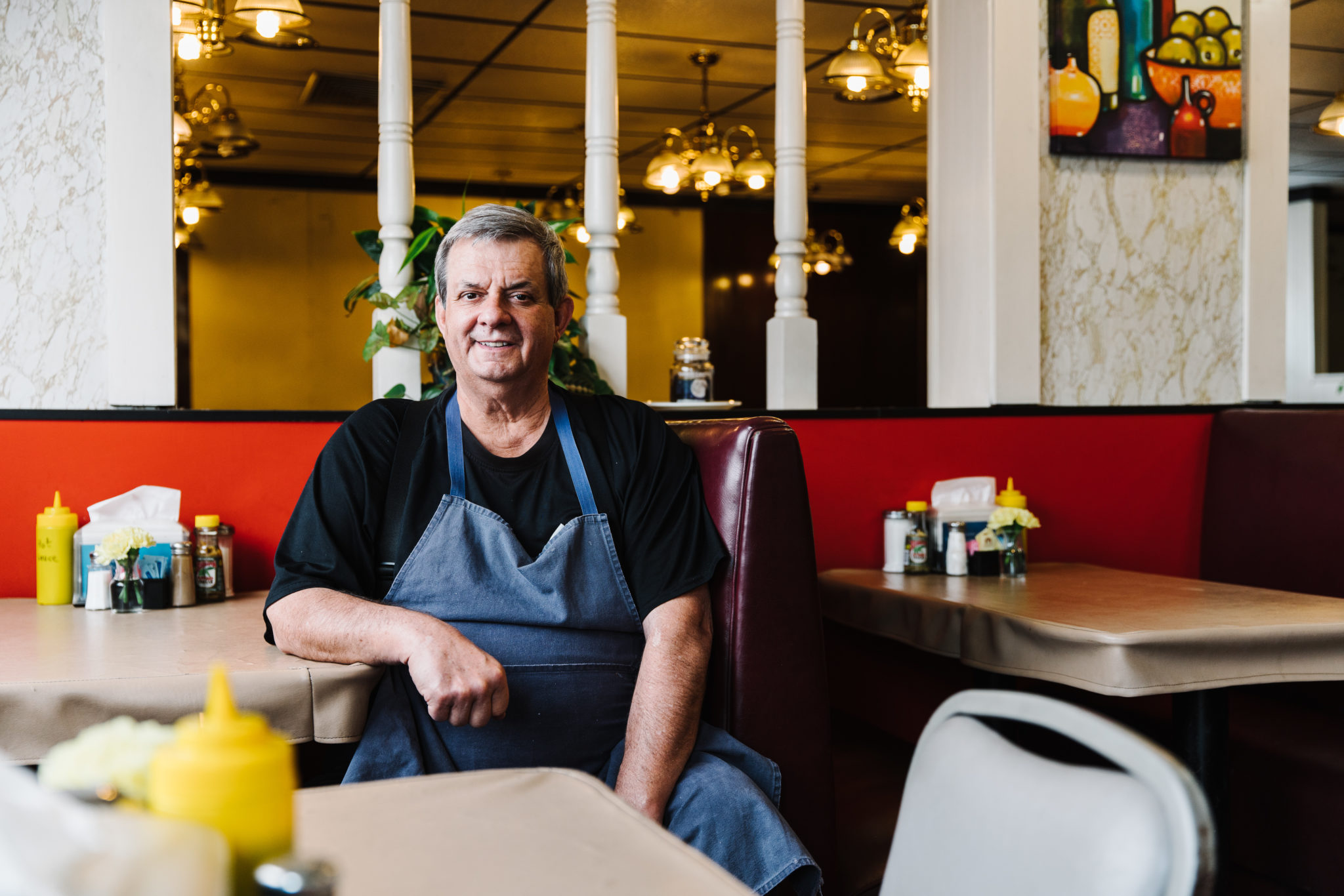 There were several that would badmouth. [My father] says, ‘You come to America, you make the dollar bill, and then you want to badmouth it? You need to worship that dollar bill instead of badmouthing it.’ But he always believed that ‘We’re here now. We need to be here. This is it. This is our home. Our ancestors are Greek. That’s our homeland. That’s where we were born. But we are here. We’re American citizens now.’ ~ George Sissa, interviewed by Eric Velasco