Asian restaurateurs in Houston are redefining Texas foodways. Their stories inspire Chris Shepherd of the restaurant Underbelly in Houston. And they inspire the SFA.

“There are so many cultures coming here, and they’re willing to try new things and learn a different culture, at least on the food. I think that’s Houston.” ~Noi Allen, Asia Market.

Asian restaurateurs in Houston are redefining Texas foodways. Their stories inspire Chris Shepherd of the Houston restaurant Underbelly, where their portraits line the hallway between the front door and dining room. After the meal, the bill is delivered with a tri-fold that reads, Sure, we’d love to have you back at Underbelly, but we politely request that you visit at least one of these folks. The SFA is also inspired by their stories, so we collected some of them.

Meet Ajay Patel and his mother Surekha, who own London Sizzler and London Sweets. They arrived in Houston in 2004. Ajay had the business plan, and Surekah brought her mother-in-law’s recipes. She also brought Ganesh, the Hindu god of wisdom and learning and remover of obstacles. Their Guatemalan chef, Raymundo Xec, gives daily offerings to the Ganesh figurine situated over the prep table in the restaurant’s kitchen.

Listen to Yeon Ok Lee, who arrived in Houston from Korea in 1989, talk about the changes she’s seen in her part of the city over the last twenty-five years. She once made small batches of kimchi at her family-owned market in the Spring Branch neighborhood. Today, she turns 4,500 pounds of cabbage into kimchi each week in a processing house situated in the same neighborhood now known as Korea Town.

These are the stories of Houston’s underbelly. 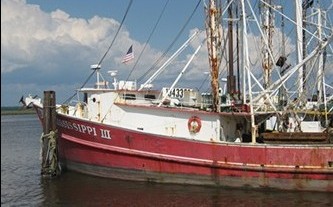