Yeon Ok Lee was forty-six years old when she and her husband left Korea to begin a new life in Houston in 1989. When they arrived, Mrs. Lee found a job at a Korean restaurant, and her husband ran a washateria. She continued making kimchi at home.

Mrs. Lee went to Kong Ju Korean Rice Cake and partnered with the Kim family to continue making her signature kimchi. Today, Mrs. Lee goes through 4,500 pounds of cabbage per week to make six different kinds of kimchi that are sold to stores across Texas—including the Super H Mart down the street.

Go here for the translation of Mrs. Lee’s audio slideshow. 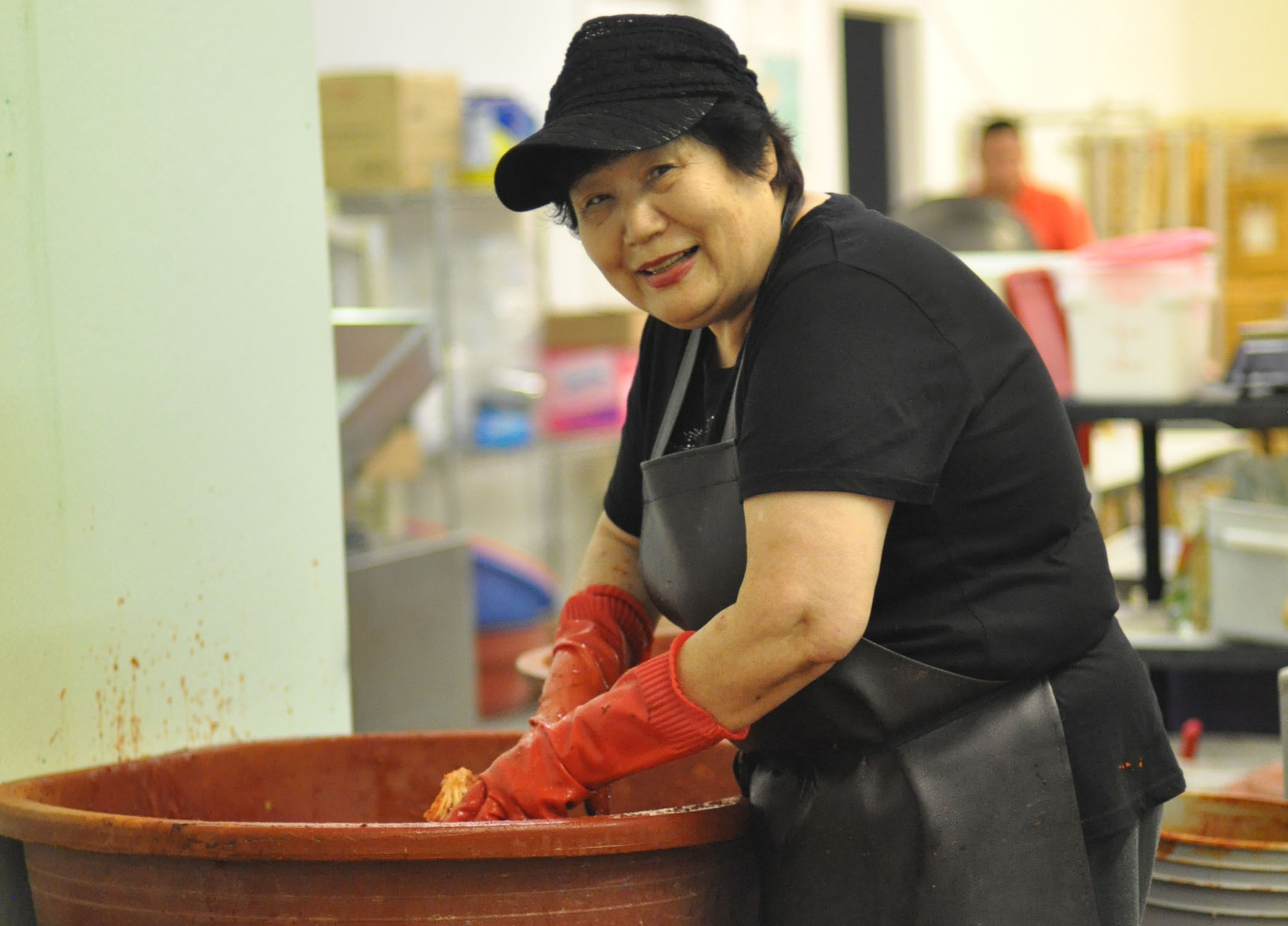 "As you make kimchi, you hear things from your neighbors. You also learn to experiment by adding new ingredients on your own. It's all in your head. There are no givens." - Yeon Ok Lee