Surekha “Sue” Patel was born in London and grew up eating in her father’s restaurant, but she didn’t learn to cook until she married Naresh Patel. Naresh’s mother taught her everything she knows about traditional Indian cuisine. In the 1970s, Sue and Naresh moved to California, where they owned a hotel and where their son Ajay was born.

Disenchanted with the hotel business, they returned to London where they opened an Indian-style sweet shop and named it after their son. Ajay spent his youth in the U.S. and, after he finished college, he wanted to open a business of his own. He recruited his parents to help.

In 2004, they opened London Sizzler in Houston’s Mahatma Gandhi District. Sue oversees the kitchen where her Guatemalan chef, Raymundo Xec, cooks the same dishes that her mother-in-law taught her. But being in Houston has informed their cooking. You’ll find tomatillos in the cilantro chutney and an electric tortilla press in the kitchen, which they use to make puri, an unleavened deep-fried bread that they sell in their snack and sweets shop next door. 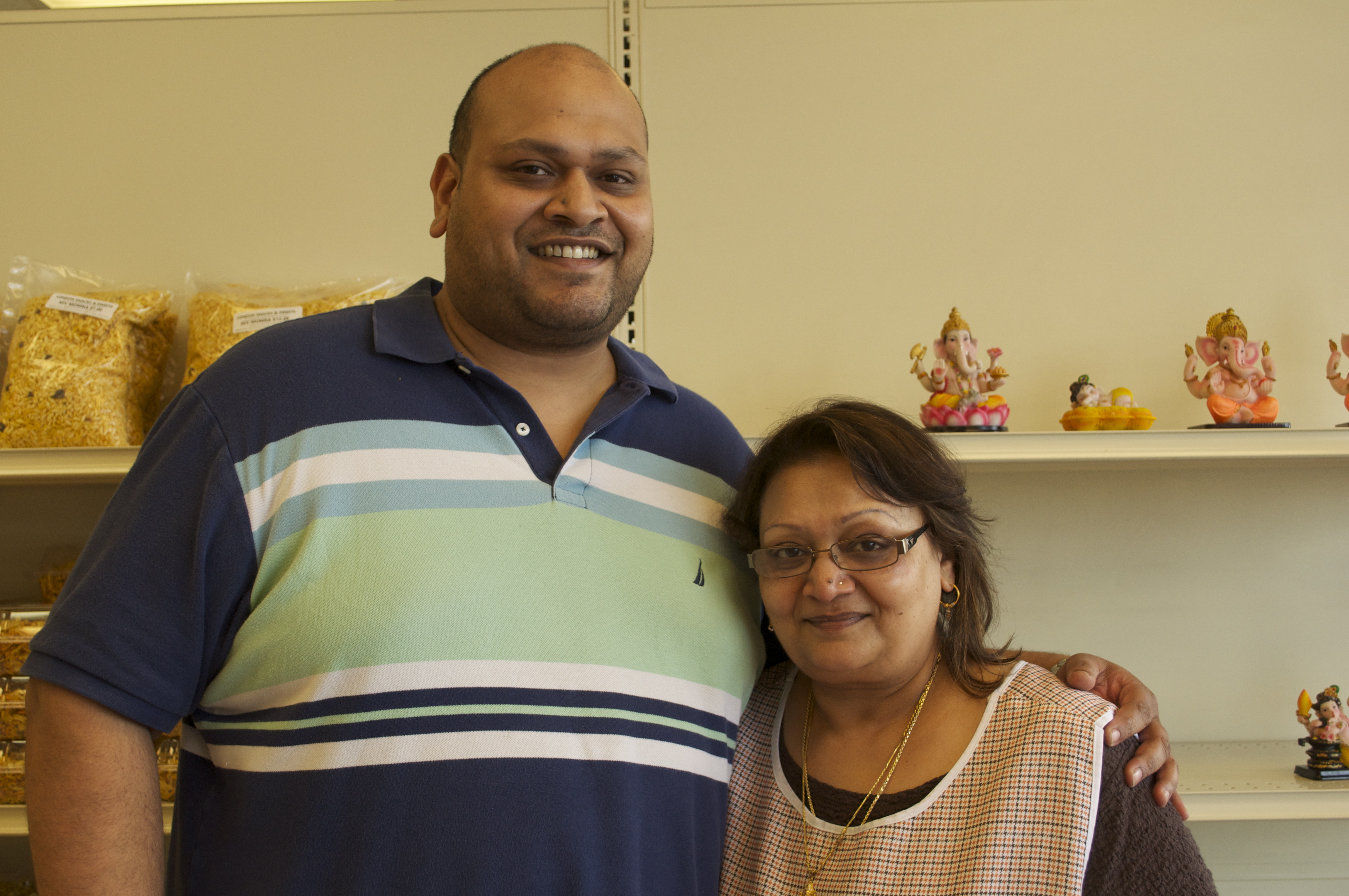 "I amaze myself because I got married when I was eighteen. I could barely boil an egg. I never cooked." - Surekha “Sue” Patel