Lawrence Allen is from Cincinnati, Ohio. His wife, Noi, grew up in Bangkok, Thailand. They met in a classroom in California in 1999, where they were both studying computer science. After they married in 2005, Lawrence’s computer programming job transferred him to Houston.

They had always wanted to own their own business, so when Houston’s only Thai market went up for sale, they bought it. Lawrence quit his day job, and he and Noi became instant entrepreneurs.

Asia Market is tiny; there are only about eight tables. The rest of the space is swallowed up by shelves that hold all manner of Thai products: curry paste, fresh ginger, stew pots, face cream, and CDs. In the back, the coolers are stocked with fresh morning glory greens, dried fish, and an assortment of chiles. The tiny kitchen spits out a long menu of traditional Thai and Laotian dishes, earning them a loyal following. Favorites include the papaya salad and an off-menu specialty: the thousand-year eggs. 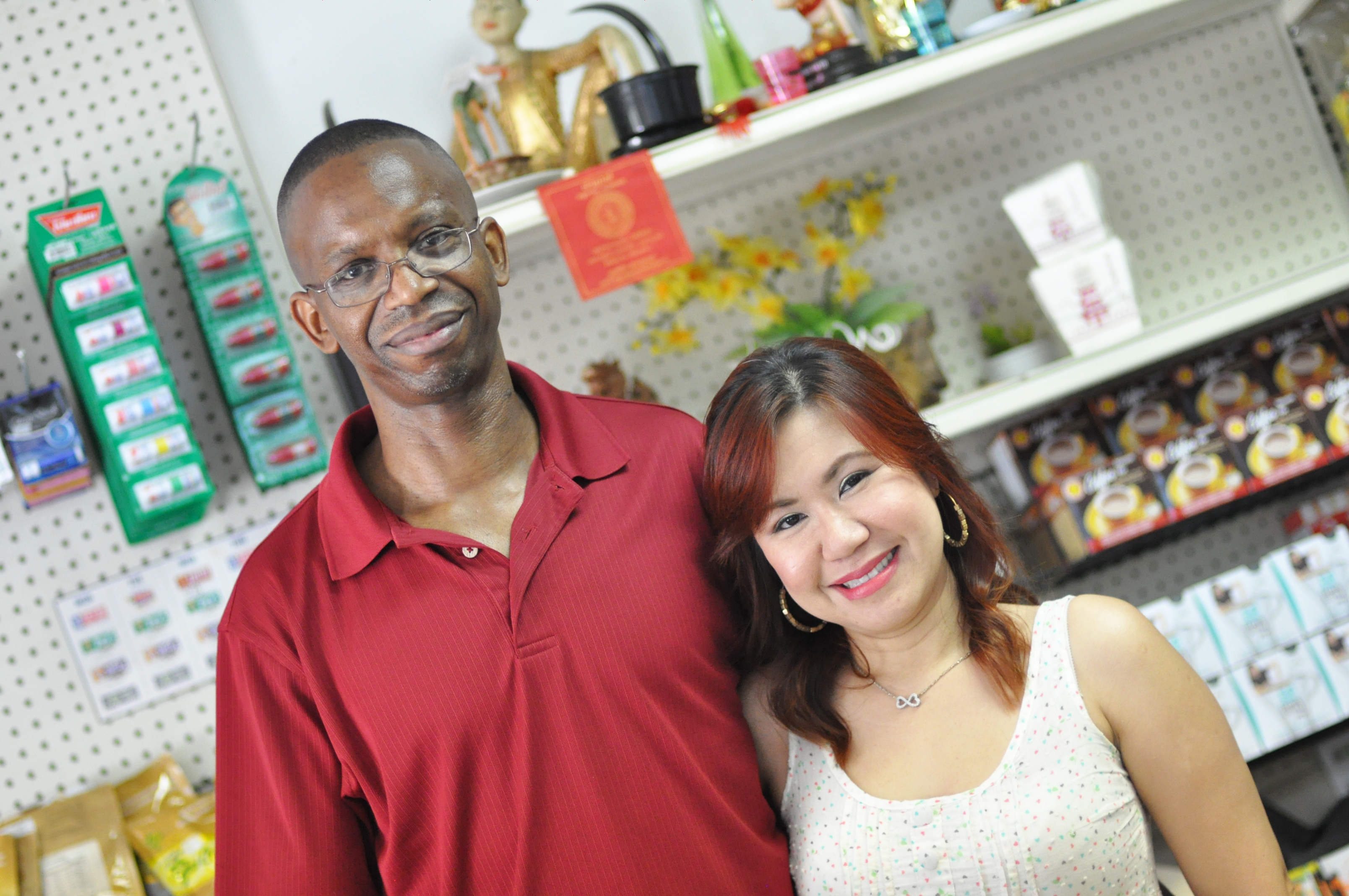