Though she was born in Philadelphia, Sandra Gutierrez’s Guatemalan parents raised her in Guatemala City. As a young woman, she helped in her grandmother’s kitchen, learning how to cut, dry, and toast chilies; pat tortillas into shape before toasting them in a comal; and prepare the meats and sauces that filled the family’s cazuelas.

She lived in Durham, North Carolina, with her husband for several years before she applied, on a whim, for an editorial position at the Cary News. She wrote the Southern food column for eight years. She noticed local home cooks mixing Southern and Latino flavors—chipotle added to barbecue sauce and pimento cheese; guacamole on pulled pork sandwiches—a development she called the New Southern Latino Movement.

That movement gave its name to the title of her first book: The New Southern-Latino Table, published in 2011. Her subsequent work includes books on Latin American street food, empanadas, and beans. She is also the subject of a Smithsonian exhibit. Through her work, Gutierrez established herself as a leading authority on the cross-cultural currents of Southern and Latino flavors. 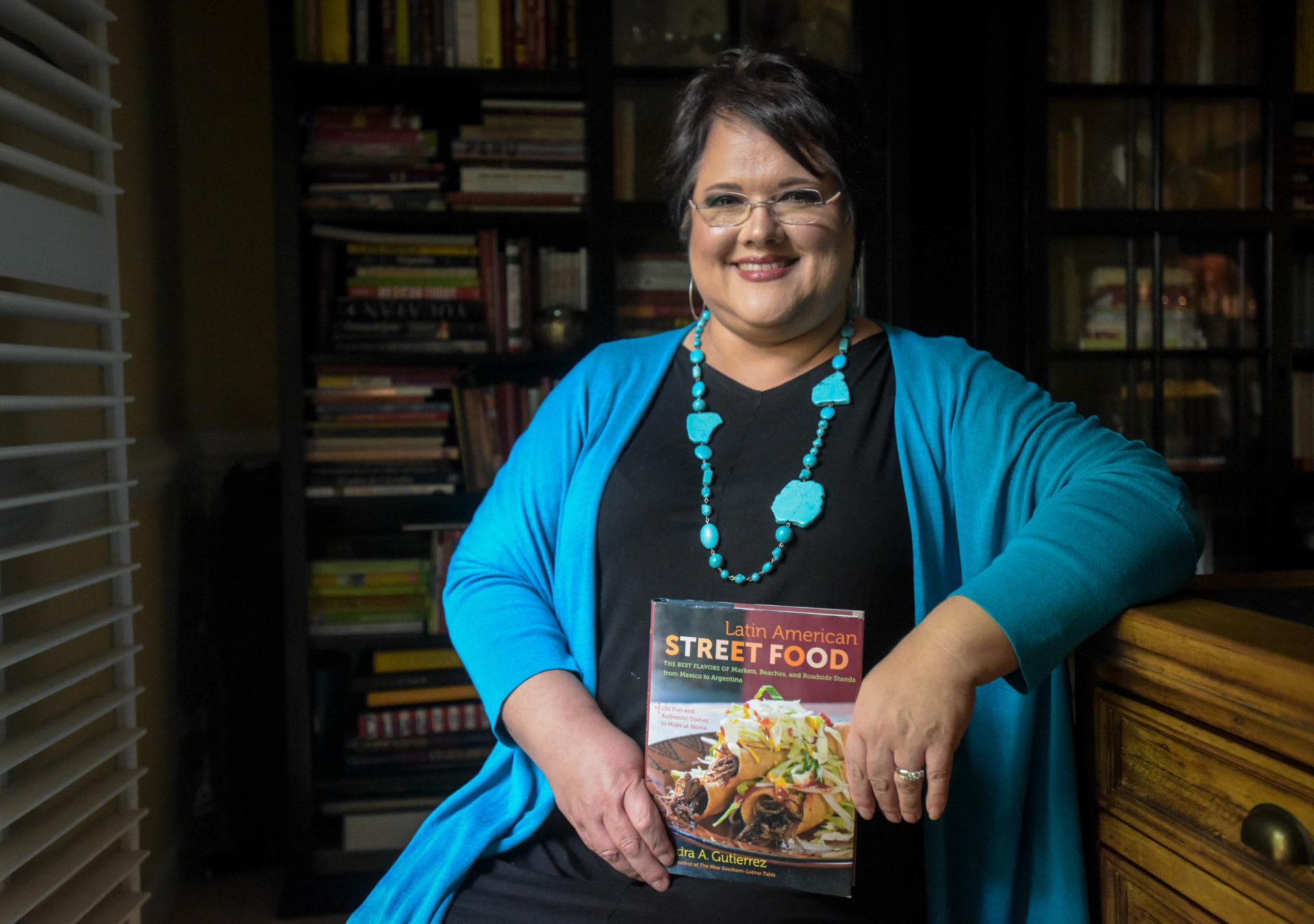