Henry Tindell is a native of Alabama. As a teenager, he went to Eastpoint to visit an aunt. Inspired by his time there, he devised a plan for what to do when he finished high school. But Henry was eager to get on the water. In 1963 he moved to Eastpoint and finished his senior year up the road in Carrabelle. Soon after, he began harvesting oysters and crabs. He has been working on the bay ever since. In the 1980s, though, folks started cultivating soft-shell crabs. As imports began replacing the local hard crab business, soft-shell crabs became popular. It takes a special person to work with soft-shells, though. For three months out of the year, those crabs are doted on night and day. They have to be constantly monitored to catch their molt. Only a freshly molted crab can be sold as a live soft-shell. But the long nights are worth it to Henry. He figured the soft-shell business was the only area left to make a decent living off of the bay. He welcomes the opportunity to pass on his knowledge. To Henry, the glory days of crabbing are gone. And there aren’t many folks left who want to give their nights and days to the crabs. 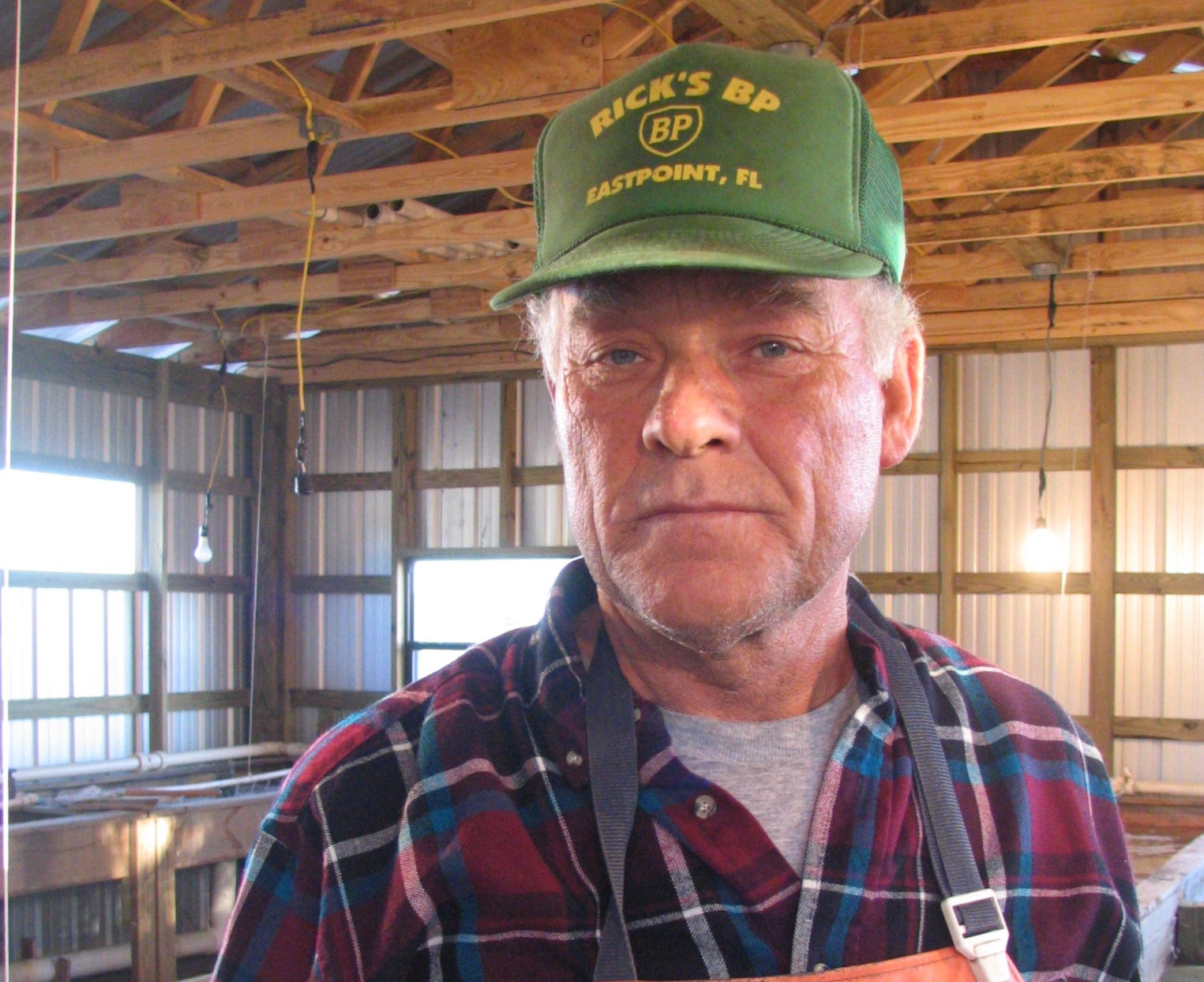 "I hard crabbed for years. [But] then I started soft shell crabbing. And I've been doing it probably twenty-five years. Hard crabbing imports has killed seafood. The only reason you can survive with this [soft shell crabbing] is because we ship these live. And I got sense enough to know that this is the only thing I can do to survive. Any young person that walks in here and asks my opinion, I say, 'Get out of the bay, son. You ain't going to make it.' I did because I came along in a time when I could. But those times is gone." - Henry Tindell