Born in 1942, Charles Thompson spent thirty-plus years as a shrimper. In the 1980s he began making his own nets. Soon, though, Charles could see that the shrimp business was changing. In 1998 he sold off his last shrimp boat. Not wanting to sit idle, he began making nets and repairing nets for the shrimpers in the area. At that time, other net shops in Franklin County were closing. A local net maker by the name of James Copeland passed his skills and his patterns on to Charles. Soon Charles had a new demand for his handiwork. Today Thompson’s Net Shop is one of the last of its kind. Some shrimpers make and repair their own nets, and some might order theirs from a manufacturer. But the shrimp nets that Charles and his friend James Beckton make are different. They are each custom made and hand-finished for their friends and neighbors who still work the bay. 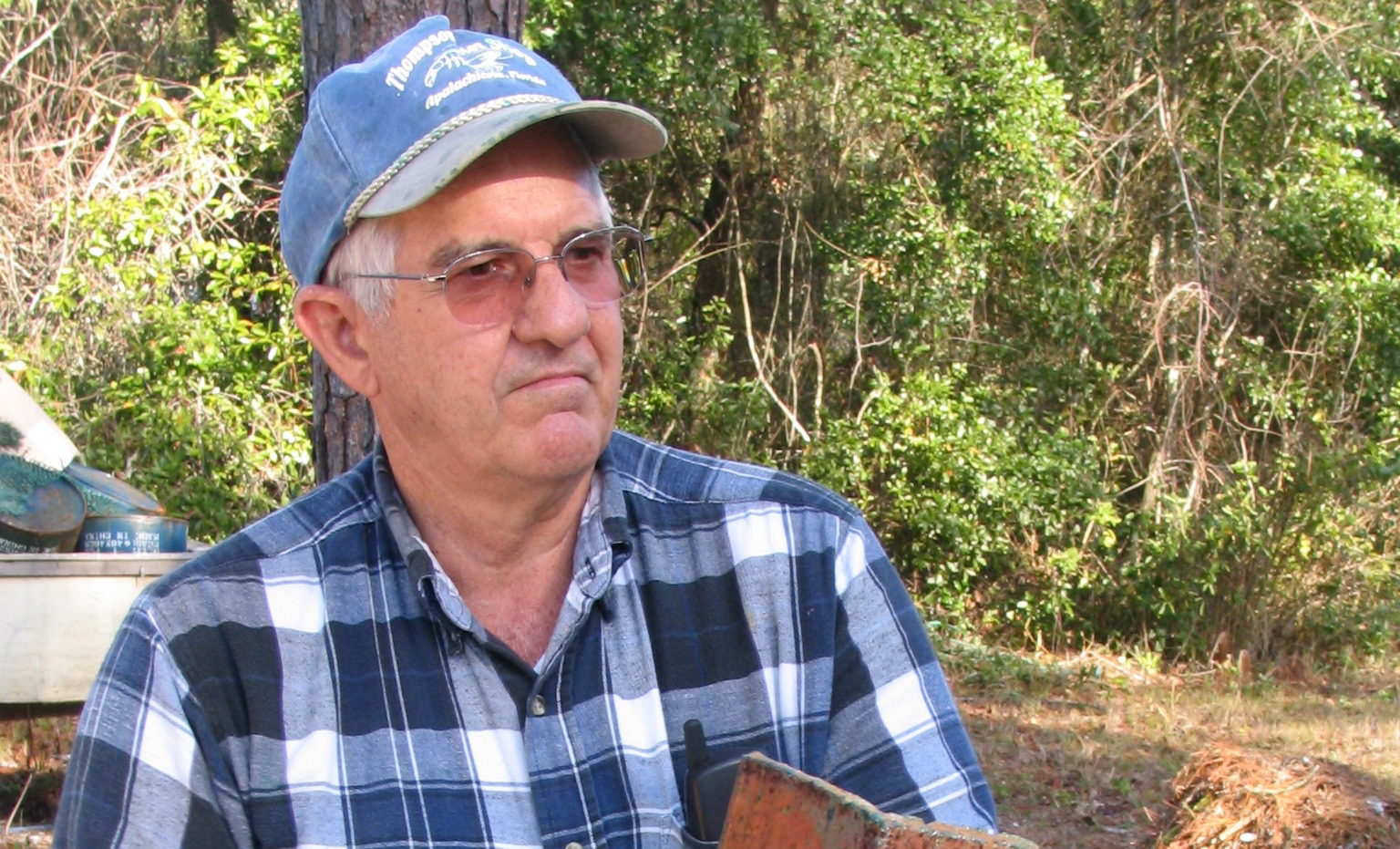