In transit from the Delta to Chicago, the Blues went electric. The tamale made much the same move, carried by Delta natives of African descent who traveled north during the Great Migration, in search of better jobs and a more hospitable social climate. But a funny thing happened on the way to Chicago. At some Southside joints, the Mother in Law Sandwich became a specialty. Think of a Chicago-style hotdog, smothered in peppers and onions. Then substitute a tamale for the dog, and you begin to get the idea. Until we get a chance to journey north and check out the scene, read the excerpt below from our interview with Robert Stewart of Cleveland, Mississippi. Robert lived in Chicago for twelve years, where he made and sold his own hot tamales and remembers the mother-in-law sandwich.

In 2008, we went to Chicago to follow the Great Migration and collect stories from Southerners who opened restaurants in the Windy City. While we were there, we visited with John Pawlikowski of Fat Johnnie’s, where mother-in-law sandwiches are on the menu. He also offers a tamale sundae. Read John’s oral history interview right here.

And then, go here for an online report from a fellow traveler. 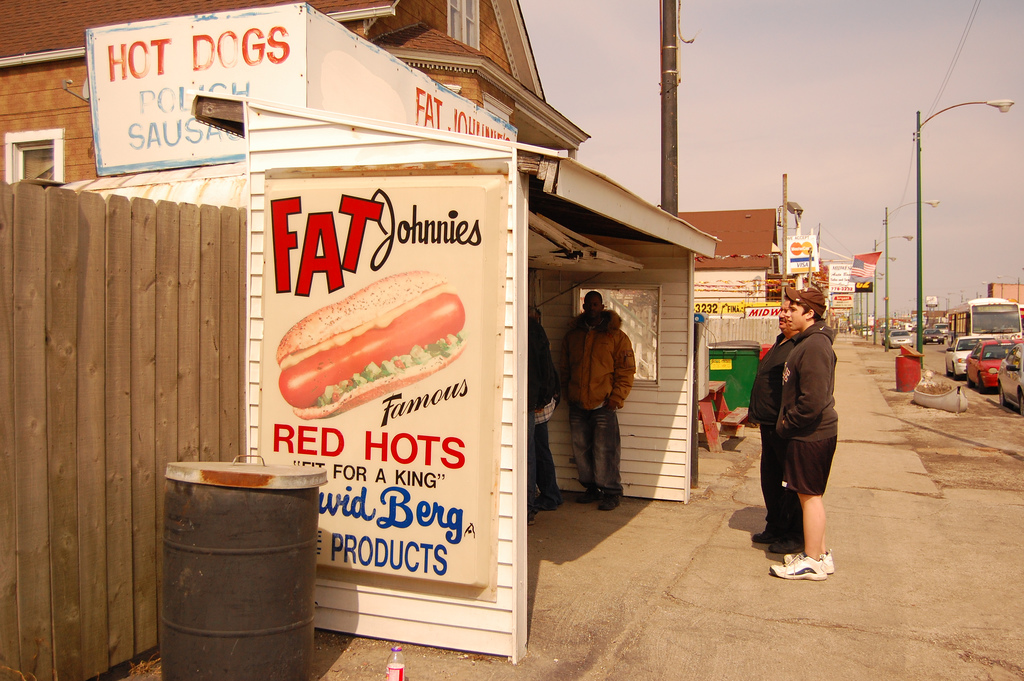