Solly’s Hot Tamales has been a Vicksburg tradition since 1939. Henry Solly, a native of Cuba, developed a recipe and began selling hot tamales from a pushcart. Eventually, his tamales got so popular, that he retired the cart and opened a storefront. Solly made tamales at 1921 Washington Street until his death in 1992. Before he died, he offered his business to his friend, May Belle Hampton. May Belle and her daughter, Jewel, continued the tradition. Today, Jewel and her daughter, Deanna, still make tamales according to Solly’s recipe. In addition to the traditional tamales, though, they now offer something called a “Fiesta”—the taco salad of the tamale world. But even with this new twist on a generations-old recipe, Jewel has a respect for tradition. In 1997 she traveled to Washington DC to conduct a tamale-making demonstration at the Smithsonian Folklife Festival. 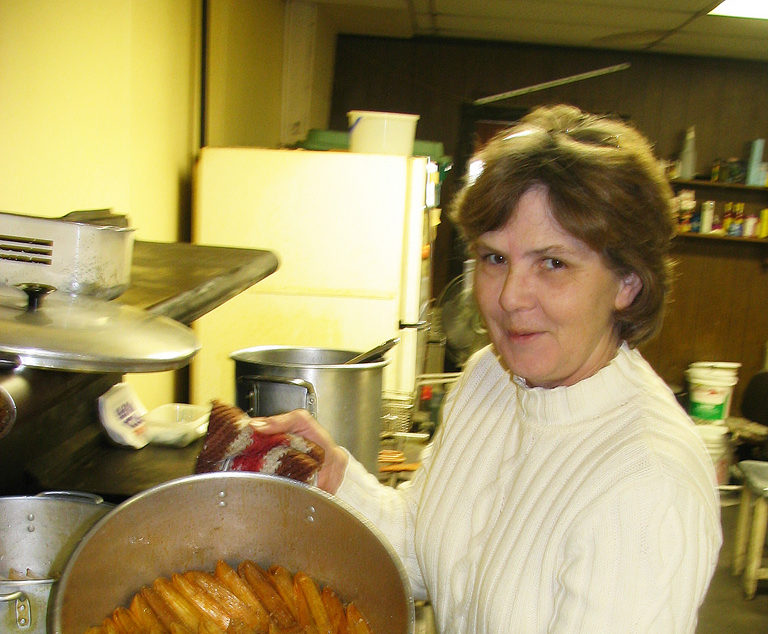 I don’t like the taste [of tamales in the Mississippi Delta]. They just—most of them are so bland. But you know, you’re talking Greenville, and that’s the way people who have grown up there are used to eating, and so I mean, that’s the way they like tamales. ~ Jewel McCain