Born in Corbin, Kentucky, Ronni Lundy long chronicled the people of the hillbilly diaspora as a journalist and cookbook author. Her books include Shuck Beans, Stack Cakes, and Honest Fried Chicken: The Heart and Soul of Southern Country Kitchens Butter Beans to Blackberries: Recipes from a Southern Garden, and Victuals: An Appalachian Journey, with Recipes. She is the former restaurant reviewer and music critic for the Courier-Journal in Louisville, former editor of Louisville Magazine, and she contributed to many national magazines. Gourmet magazine recognized Shuck Beans, Stack Cakes and Honest Fried Chicken as one of six essential books on Southern cooking. In 2017, Lundy received a James Beard Award for her book, Victuals.

Lundy served the Southern Foodways Alliance as editor of Cornbread Nation 3: Foods of the Mountain South. There she makes a passionate case for mountain ways and mountain people: “[L]ooking through the lens of real Southern mountain food—the methods of its growing, processing and eating—we began to see a vivid picture of a region and its people that had little in common with their most prevalent and demeaning stereotypes.” In 2009, she received the SFA’s Craig Claiborne Lifetime Achievement Award. 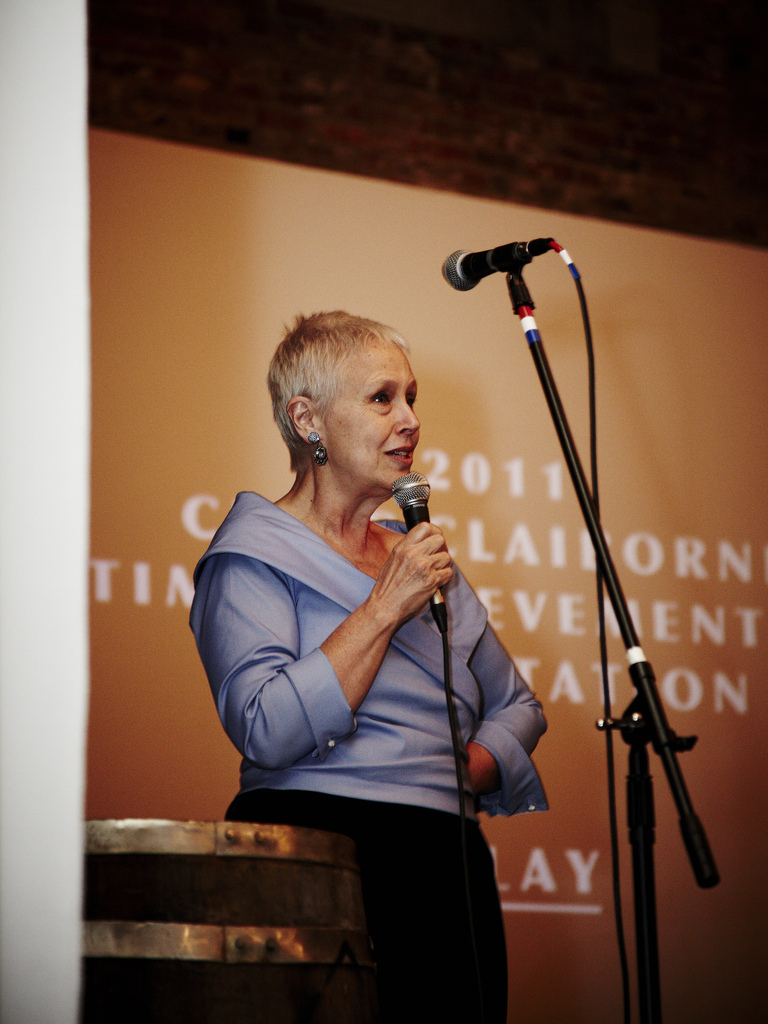 [T]o me, it's the key to this organization that from the very outset there was a choice made to make it inclusive, not an exclusive organization…And you know, John [Egerton] is the person who said years ago that the defining thing about Southern food...is that it doesn't say you must learn to do this and you may never do it as well as I do. It says everyone is welcome at the table. ~Ronni Lundy

Born and, for the most part, raised in Los Angeles, Toni Tipton-Martin traces her family to Texas, Louisiana, and…

Prior to signing on as a founder of Southern Foodways Alliance, Ford helped found the American Southern Food Institute,…

Her expertise earned the attention of Nathalie Dupree. By the late 1970s, Corriher was teaching a class on science and…

Psyche Williams-Forson is the author of Building Houses Out of Chicken Legs: Black Women, Food, and Power. She teaches…

Born in Opelousas, Louisiana, Paul Prudhomme was the youngest of 13 children. At 17, inspired by the cookery of his…

In addition to her talents in the kitchen, Darden is an accomplished actress. She has produced a one-woman play,…

When she returned to the U.S., Dupree opened her own restaurant, Nathalie’s, in Social Circle, Georgia. In 1975, she…

Johnston became the director of Southern Living’s cooking school in 1978. In the following years, her role expanded,…

Born in Knoxville, Tennessee, in 1936, Marilou Awiakta is a seventh-generation Appalachian native and self-described…

Born in Alabama, Marie Rudisill is the author of eight books, including Sook’s Cookbook and Fruitcake: Memories of…

A native of Anderson, in the upstate of South Carolina, Louis Osteen is one of the leading champions of Lowcountry…

Lolis Eric Elie was born in New Orleans, Louisiana. He holds an MA from the Columbia School of Journalism and an MFA…

Her cookbook, The Soul of Southern Cooking, is a collection of classic Southern dishes that span generations of her…

Cathey, who passed away in 2009, was the president of Bon Vivant, a food marketing consulting firm in Arlington,…

Among the dishes to emerge from his kitchen (and the pages of that book) – cucumber soup with buttermilk, dill, and…

At the University of Mississippi, John T. discovered a common thread between food, social justice, politics, and fun.…

John Egerton is the author of Southern Food: At Home, On the Road, In History. He has lived—and eaten—all over the…

A native of Pennsylvania, Joe Randall realized while stationed in Albany, Georgia, in 1963, that there was something…

Jim Auchmutey grew up in the Atlanta suburb of Decatur. A fifth generation Georgian, Auchmutey is the steward of his…

Jessica B. Harris is the author of eight books documenting the foods and foodways of the African Diaspora. In addition…

In 1982, he returned to his native Alabama. A quartet of restaurants followed. Recently, he wrote Frank Stitt’s…

Dori Sanders is a farmer, novelist, cookbook author, and a founding member of the Southern Foodways Alliance. She was…

Born in Georgia and raised in South Carolina, Fowler earned a degree in architecture from Clemson University and worked…

Charles Reagan Wilson was born in Nashville and received his doctorate from the University of Texas. After teaching in…