Leah Chase grew up in a family of eleven children and fifteen plantable acres in rural Madisonville, Louisiana, in the 1920s and ‘30s. She preferred sewing to kitchen work. Even so, some of her most vivid memories involve quail, plums, and purslane; strawberry wine, crowder peas, and pork with turnips. As the countryside offered no Catholic high schools for black children, Mrs. Chase moved to New Orleans when she was just thirteen years old to live with an aunt. She graduated high school at sixteen. As a young woman, Mrs. Chase found work at the Oriental Laundry, and then at The Colonial Restaurant in the Vieux Carré, where she made $1 a day and served lemon pie to Tennessee Williams.

She met and fell in love with the jazz trumpeter and orchestra leader Edgar Lawrence “Dooky” Chase Jr., whose parents ran a sandwich shop and vending business for lottery tickets on Orleans Avenue. Mr. and Mrs. Chase married in 1946, and she began working for her in-laws. It was here, at what would eventually be called Dooky Chase Restaurant, where Mrs. Chase’s innate creativity, her agricultural background, her insatiable intellectual curiosity, and her goodwill merged to make history. During Jim Crow years, Dooky Chase was the only fine-dining restaurant in New Orleans for blacks. It became a nexus for mixed-race civil rights activity, as well as a popular stop for black entertainers and politicians traveling through New Orleans. Mrs. Chase counts Lena Horne and Quincy Jones as friends. She has cooked for Presidents George W. Bush and Barack Obama.

Dooky Chase Restaurant and the surrounding neighborhood flooded badly when the levees broke in 2005. It remained closed for roughly two years, and some people questioned why Mrs. Chase wouldn’t just retire. “Work is like medicine to me,” Mrs. Chase explained to us. She served as the first president of the Southern Foodways Alliance Board of Directors. In 2000, she received the organization’s Craig Claiborne Lifetime Achievement Award. 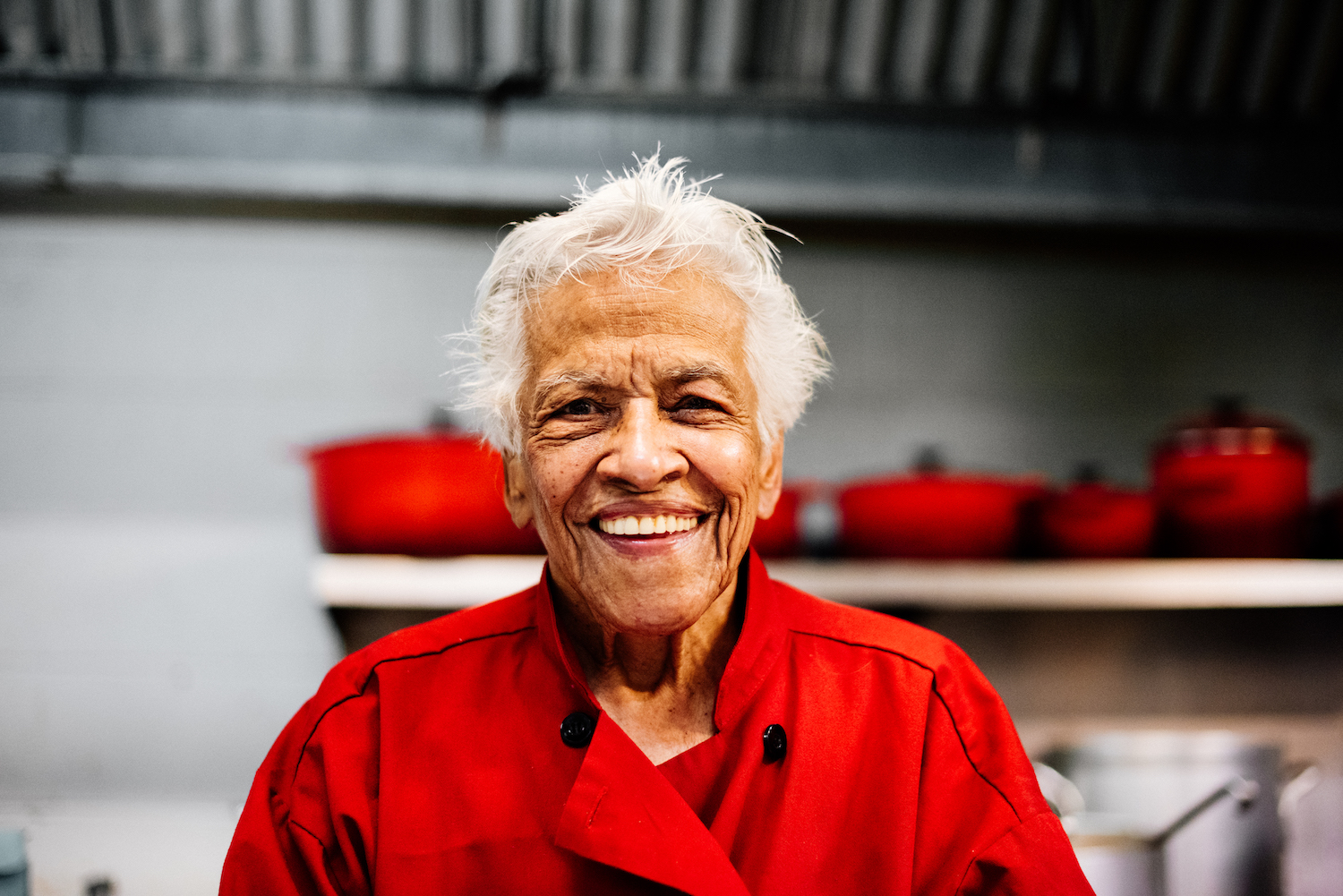 Now the old Creoles, don’t ask them to cook in a hurry. They didn’t believe in it. ~ Leah Chase

Born and, for the most part, raised in Los Angeles, Toni Tipton-Martin traces her family to Texas, Louisiana, and…

Prior to signing on as a founder of Southern Foodways Alliance, Ford helped found the American Southern Food Institute,…

Her expertise earned the attention of Nathalie Dupree. By the late 1970s, Corriher was teaching a class on science and…

Born in Corbin, Kentucky, Ronni Lundy has long chronicled the people of the hillbilly diaspora as a journalist and…

Psyche Williams-Forson is the author of Building Houses Out of Chicken Legs: Black Women, Food, and Power. She teaches…

Born in Opelousas, Louisiana, Paul Prudhomme was the youngest of 13 children. At 17, inspired by the cookery of his…

In addition to her talents in the kitchen, Darden is an accomplished actress. She has produced a one-woman play,…

When she returned to the U.S., Dupree opened her own restaurant, Nathalie’s, in Social Circle, Georgia. In 1975, she…

Johnston became the director of Southern Living’s cooking school in 1978. In the following years, her role expanded,…

Born in Knoxville, Tennessee, in 1936, Marilou Awiakta is a seventh-generation Appalachian native and self-described…

Born in Alabama, Marie Rudisill is the author of eight books, including Sook’s Cookbook and Fruitcake: Memories of…

A native of Anderson, in the upstate of South Carolina, Louis Osteen is one of the leading champions of Lowcountry…

Lolis Eric Elie was born in New Orleans, Louisiana. He holds an MA from the Columbia School of Journalism and an MFA…

Her cookbook, The Soul of Southern Cooking, is a collection of classic Southern dishes that span generations of her…

Cathey, who passed away in 2009, was the president of Bon Vivant, a food marketing consulting firm in Arlington,…

Among the dishes to emerge from his kitchen (and the pages of that book) – cucumber soup with buttermilk, dill, and…

At the University of Mississippi, John T. discovered a common thread between food, social justice, politics, and fun.…

John Egerton is the author of Southern Food: At Home, On the Road, In History. He has lived—and eaten—all over the…

A native of Pennsylvania, Joe Randall realized while stationed in Albany, Georgia, in 1963, that there was something…

Jim Auchmutey grew up in the Atlanta suburb of Decatur. A fifth generation Georgian, Auchmutey is the steward of his…

Jessica B. Harris is the author of eight books documenting the foods and foodways of the African Diaspora. In addition…

In 1982, he returned to his native Alabama. A quartet of restaurants followed. Recently, he wrote Frank Stitt’s…

Dori Sanders is a farmer, novelist, cookbook author, and a founding member of the Southern Foodways Alliance. She was…

Born in Georgia and raised in South Carolina, Fowler earned a degree in architecture from Clemson University and worked…

Charles Reagan Wilson was born in Nashville and received his doctorate from the University of Texas. After teaching in…